After 35 days on a ventilator battling COVID-19, Karen Parker-Bryant is resting comfortably at home.

Parker-Bryant was admitted to Clovis Community Medical Center on April 2. She missed her 64th birthday on April 16th because she was in a battle for her life.

“And not to be overlooked, be thankful for everything that you get; even if it’s just to inhale and exhale.”– Karen Parker-Bryant

As her condition got worse, hope arrived in the form of a promising new drug that may have saved her life.

The drug — remdesivir from Gilead Sciences Inc. — marked a turning point for Parker-Bryant.

When she left the hospital on Tuesday, she had one thing on her mind.

“I’m going to find me a piece of chicken,” Parker-Bryant said before getting in a car to finally leave the campus.

Parker-Bryant says she woke up one morning and felt freezing cold.

“I was stiff as a board, I couldn’t move, and I could barely breathe,” says Parker-Bryant. “That’s when I realized that I was really really sick, but I had no idea that I was this sick.”

Parker-Bryant’s son, Christian David, told GV Wire that his mother’s condition worsened in the hospital about a week before Mother’s Day.

That’s when the family granted Dr. Eyad Almasri of UCSF Fresno permission to give Parker-Bryant remdesivir. Dramatically, she came off the ventilator on Mother’s Day.

“Clovis Community Hospital, I can’t tell you how amazing they’ve been. She had around-the-clock care — every doctor, every nurse — there were four different doctors that were watching her.” — Christian David, son of Karen Parker-Bryant

Almasri’s work on local patients during an initial study of the drug at Community Regional Medical Center gave him confidence in its effectiveness against the coronavirus.

“Clovis Community Hospital, I can’t tell you how amazing they’ve been,” David said. “She had around-the-clock care — every doctor, every nurse — there were four different doctors that were watching her.”

When asked how she felt as she was leaving the hospital, Parker-Bryant said, “Better than I did when going in. It’s the little things that we take for granted. And not to be overlooked, be thankful for everything that you get; even if it’s just to inhale and exhale.” 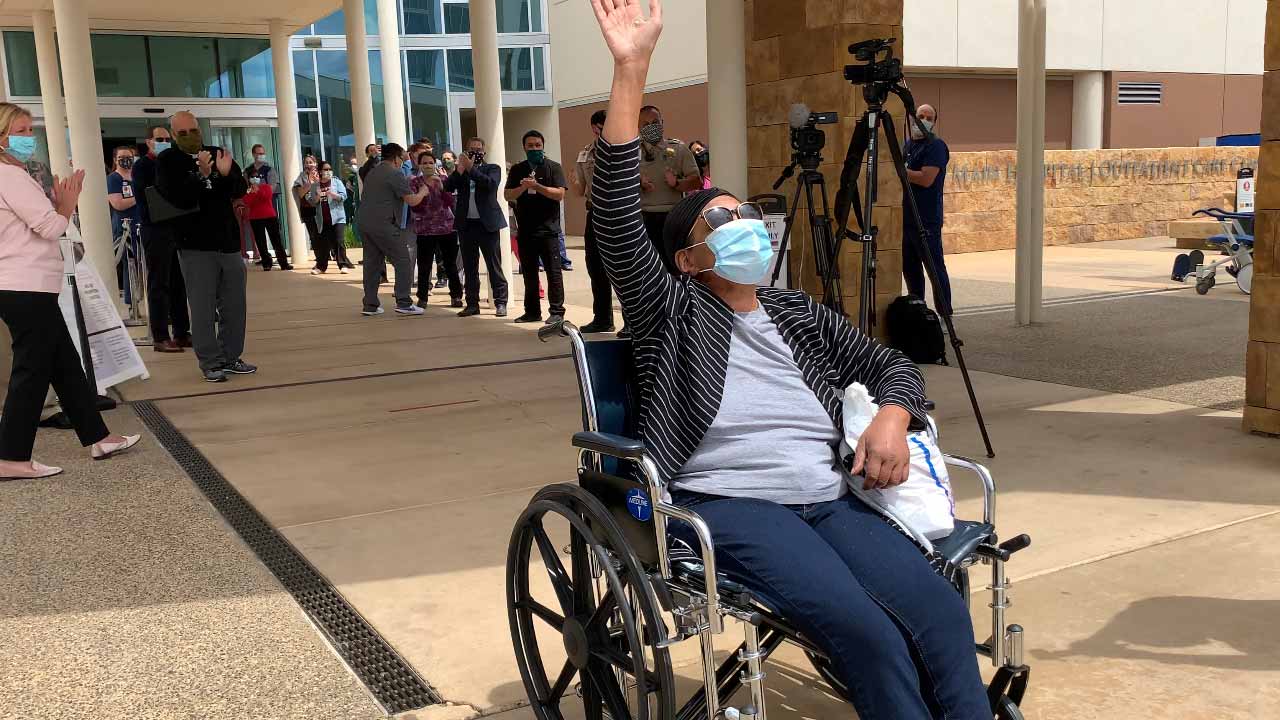 In the hospital since April 2, Karen-Parker Bryant raises her hands to the sky as she’s released Tuesday, May 19, 2020. (Clovis Community Hospital)

“It was honestly a little surreal. It was surreal because I hadn’t seen my mother in a month-and-a-half in person,” David said.

She’s now in her Fresno home resting comfortably and preparing for physical therapy.

“This is truly a great day for Clovis Community Medical Center, and a great patient outcome as well,” said John Kass, the hospital’s chief operating officer.

Related Story: FDA Allows Emergency Use of Remdesivir for Coronavirus

Parker-Bryant’s car parade left the hospital with horns honking, signs displayed, and a renewed sense of the value of life. 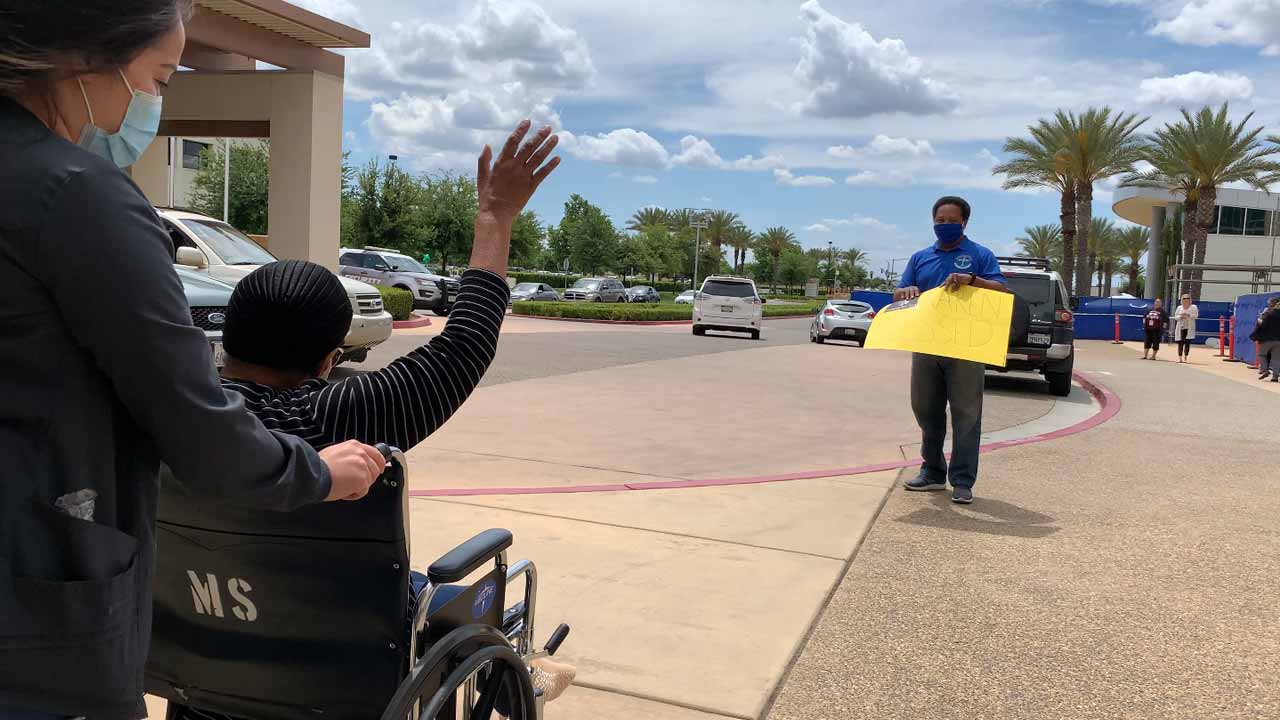 Her son said that once he got her settled into the house, he made a run to Popeyes Louisiana Kitchen for some chicken.

“She wanted two thighs and that’s what she got,” David said.