UCSF Fresno Doctor: 'Remdesivir Should Be Given to Anyone' to Fight COVID 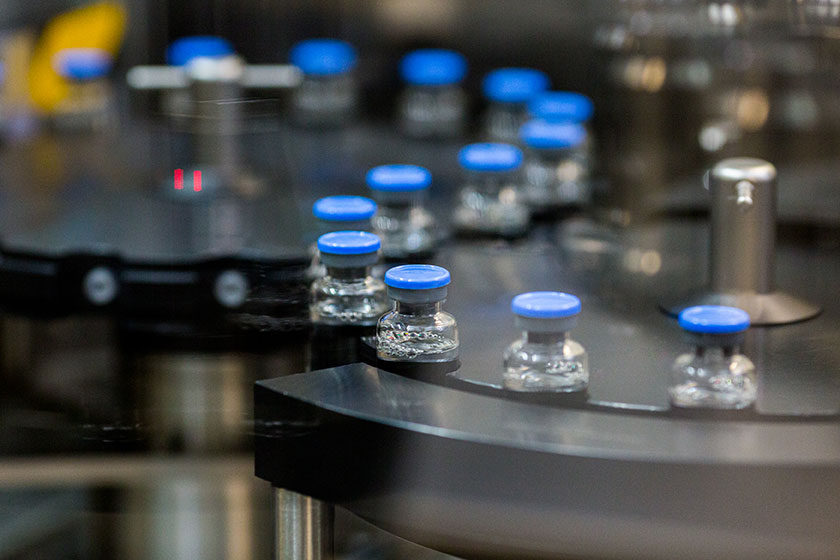 “In a perfect world, remdesivir should be given to anyone,” says Dr. Eyad Almasri of UCSF Fresno.

Dr. Almasri made the comments during a teleconference with reporters and the Fresno County Department of Public Health last week when discussing treatment options for COVID patients.

Remdesivir, a novel antiviral drug, was originally developed in 2002 for the first SARS outbreak and was tried as an Ebola treatment in 2014. Remdesivir has shown promising results treating COVID-19 in laboratory studies but hasn’t been validated on a wide scale for patients.

On May 1, the U.S. Food and Drug Administration issued an emergency use authorization for remdesivir as a treatment for suspected or laboratory-confirmed COVID-19 in seriously ill adults and children.

Related Story: FDA Allows Emergency Use of Remdesivir for Coronavirus

Almasri’s work on local patients during an initial study at Community Regional Medical Center gives him confidence in its effectiveness against coronavirus.

So far, 18 patients at CRMC and Clovis Community Hospital have received remdesivir as a COVID-19 treatment. These patients were either critically ill or were on mechanical ventilators. The drug is given through IV for 10 days.

The first patient started using the drug on April 10. Eight days later, the patient’s breathing tube was removed from the patient, who was then released from ICU in two days and went home on May 1. Almasri says he recently had a phone conversation with the patient and he’s doing very well.

The second and third patients had similar benefits and are now home. The fourth patient had the tube removed and is out of intensive care. The fifth patient did not respond and died. Almasri says this patient was sick for almost a month before remdesivir was introduced.

Patients No. 6-18 are alive and doing well. Almasri expects them to all recover.

Almasri made sure to let reporters know he has no financial interest in the drug or its maker, Gilead Sciences. He says he’s not allowed to own the company’s stock for two years because of his participation in the study.

“I think remdesivir is a promising drug,” Almasri said. “I personally have a feeling that it is not enough by itself, but it is probably the best of what we’ve got so far.”

“If we had an unlimited supply of remdesivir, I would have probably given it to people even post-exposure (to COVID),” said Almasri. “Hopefully, any new supply we get, we can use for patients about to be intubated.”

Almasri points out the current supply limitations: “In the future, if we have an abundant, affordable drug (remdesivir), I think we can apply it as soon as we diagnose COVID.”

For now, he’s letting his colleagues use whatever limited supply he has to give to non-intubated patients. He’s continuing with the trial so he’ll have access to the drug for his patients that are seriously ill.

The national stockpile released remdesivir. According to Dr. Rais Vohra, interim Fresno County health officer, the state provided 23 vials to Fresno County. Vohra said that as the supply line expands, Fresno County will get more remdesivir; some counties didn’t get any.

Big Screen Movies are Back in the Valley. Here’s Where to See Them.