Rep. TJ Cox has this message for his 21st District constituents and everyone in the Central Valley: Complete your 2020 census forms. 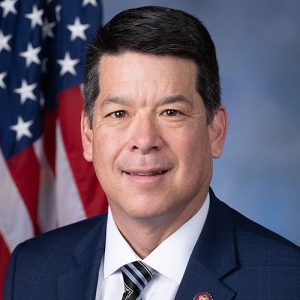 “If even 1% of residents aren’t counted in our communities, we could lose hundreds of thousands of dollars in funding.” — Rep. TJ Cox (D-Fresno)

“This year’s census will help determine how billions of your tax dollars get distributed and whether that money comes back to the Central Valley,” the Fresno Democrat said. “If even 1% of residents aren’t counted in our communities, we could lose hundreds of thousands of dollars in funding.”

Cox points out that the census form has just 12 questions and doesn’t ask about citizenship. In addition, census officials aren’t allowed to release an individual’s information to immigration officials, law enforcement, or anyone else.

Three Ways to Fill Out Census

“Make sure that we are all counted, and that our communities can get the financial assistance they deserve,” Cox said.

A new House of Representatives report indicates that every uncounted person in the 21st District could reduce yearly education funding by $1,236 and job training by $243.