Table for Two on Sidewalk, Patio or Parking Lot? Fresno Explores Its Options. 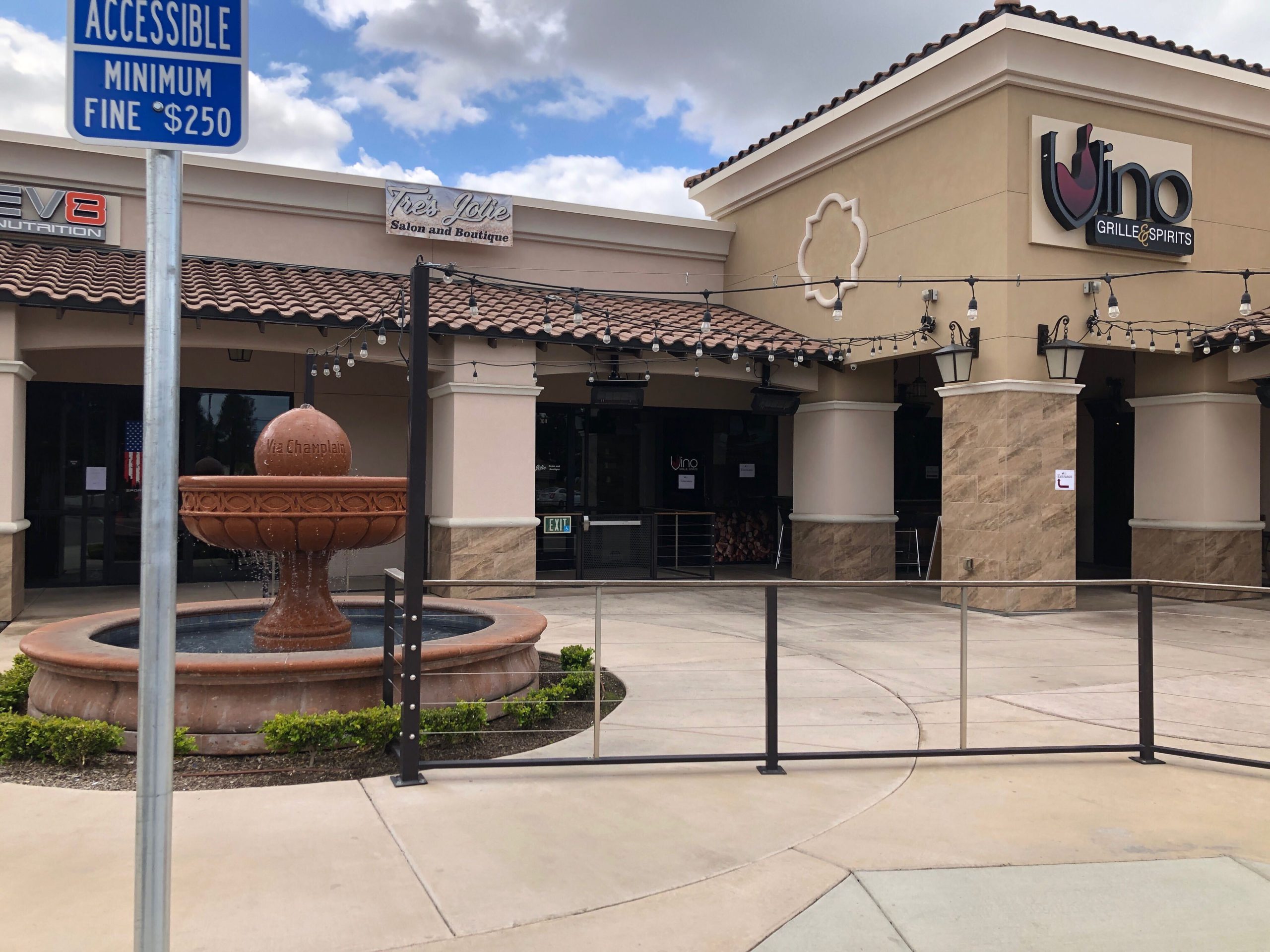 Fresno is joining other cities in looking at using sidewalks, patios, and parking lots to help restaurants get back to serving food on tables again.

Mayor Lee Brand is open to the idea and discussed the opportunity and challenges with his Recovery Advisory Committee on Thursday.

The California Restaurant Association hosted a call with members Friday morning to discuss what the future of outdoor dining could look like.

Fresno restaurant owners tell GV Wire they’re hopeful the State Department of Alcohol and Beverage Control would allow their liquor licenses to expand outside their walls and covered patios.

Lorraine Salazar co-owns Sal’s at Fresno Street and Alluvial Avenue, and she represents the restaurant community on Brand’s recovery committee. She is cautiously optimistic the idea of outdoor seating could help many in her industry.

“The mayor is proposing and fully endorses that we look at the ability to open up parking lots, to have more tables,” Salazar said. “Here in town, let’s just say River Park, for example. I believe the landlord is willing and supports the ability of the restaurants to expand their seating and they would provide seating for those restaurants to expand to increase their revenues.”

“The mayor is proposing and fully endorses that we look at the ability to open up parking lots, to have more tables.”–Lorraine Salazar, Sal’s co-owner

Salazar says landlords must consider the possibility of rent abatement since restaurants won’t be able to use all of their indoor space. She says she’s blessed that her landlord, Rob Wills, is willing to work with her and other restaurant tenants.

The mayor’s group meets again next week to continue the discussion. Salazar said that her anxiety isn’t caused by local politicians.

“The frustration now really has to be directed at the state, and these unrealistic metrics that the counties are being asked to meet,” she said.

Chuck Van Fleet, owner of Vino Grille & Spirits and president of the Fresno chapter of the California Restaurant Association thinks the idea of outdoor dining may sound good on the surface, but the execution leaves a lot to be desired. He’s hopeful for any extra revenue because he’s had to lay off 50% of his staff.

“They’re going to explore it and try to help the restaurants as much as possible. They’d rather have outdoor dining than inside dining because it’s just, it’s nicer out there and you don’t have to worry about ventilation,” said Van Fleet.

Van Fleet says it’s really up to the State Alcohol Beverage Control whether it’s allowed, and whether the city will agree. “It’s still going to come down to police. If it’ll fit a condition and if we’re allowed to serve outside of the footprint that we already have in place. So, it’s, it’s really a touchy situation right now.”

He also says it may not pencil out financially to put tables in parking spots.

“Literally, if I can open my parking lot, and my patio, I’m going to seat 60 people where I normally seat over 200,” said Van Fleet. “Realistically, it’s going to be 110 degrees here in a few weeks and no one’s going to want to stay outside anyway.”

“Literally, if I can open my parking lot, and my patio, I’m going to seat 60 people where I normally seat over 200.”–Chuck Van Fleet, Vino Grille & Spirits owner

He added that the outside scenario is full of costs.

According to ABC7, Mountain View Mayor Abe-Koga said the city is actively exploring outdoor options, expecting its city council will hear those plans sometime in June. The move could keep Castro Street clear of vehicle traffic.

In Menlo Park, the city’s plans would include closing Santa Cruz Avenue through downtown. The plan was introduced to its city council on Tuesday, and is scheduled to be heard again May 26.

In Berkeley, Mayor Jesse Arreguin and Vice Mayor Sophie Hahn have a plan they hope to launch its plan by summer.

“Our foodservice sector is also a really critical part of our tax base, and so this proposal … would ask for city staff to develop a plan to close certain city streets, as well as plazas, looking at our parks as locations to have open air dining,” Mayor Arreguin told ABC7.

San Jose’s plan would allow restaurants, gyms, and other retailers to do business outdoors. They’d use private parking lots, plazas, streets, sidewalks and other outdoor areas, if allowed.

Watch his interview with CNN here:

"You're not going to be able to operate restaurants with the same table footprint… [or] have crowds sitting around at the bar. So it makes a very tough restaurant business even tougher." pic.twitter.com/Nxru2j3bcN

The California Restaurant Association shared a tweet Friday reporting 5.5 million jobs lost in the industry just for the month of April.

Related Topics:COVID-19patio diningrestaurants
Up Next

This Crew Stole From Dick’s Once Too Often in Clovis