Bob Watson, an All-Star slugger who became the first black general manager to win a World Series with the New York Yankees in 1996, has died. He was 74.

“He was an All-Star on the field and a true pioneer off of it, admired and respected by everyone he played with or worked alongside. Bob will be missed, but not forgotten.” – Astros statement

The Houston Astros, for whom Watson played his first 14 seasons in a baseball career spanning six decades, announced his death Thursday night. The team did not provide details, but son Keith wrote on Twitter that he died in Houston from kidney disease.

“He was an All-Star on the field and a true pioneer off of it, admired and respected by everyone he played with or worked alongside,” the Astros said in a statement. “Bob will be missed, but not forgotten.”

Watson, nicknamed “The Bull,” made the All-Star team in 1973 and ’75, hit over .300 four times and drove in at least 100 runs twice while hitting in the middle of the Astros’ lineup. He also holds the distinction of scoring the 1 millionth run in major league history — on May 4, 1975, against the San Francisco Giants at Candlestick Park.

Commissioner Rob Manfred lauded Watson as a “highly accomplished figure” and “deeply respected colleague.” He also praised his work with the Baseball Assistance Team, which assists those in baseball who are in need.

“I will always remember the outstanding example that Bob set for others,” Manfred said in a statement Friday.

Watson also became a big hit off the field for his cameo, along with several Astros teammates, in the 1977 comedy film “The Bad News Bears in Breaking Training.” In a key scene, Watson delivered the memorable line: “Hey, c’mon, let the kids play!” 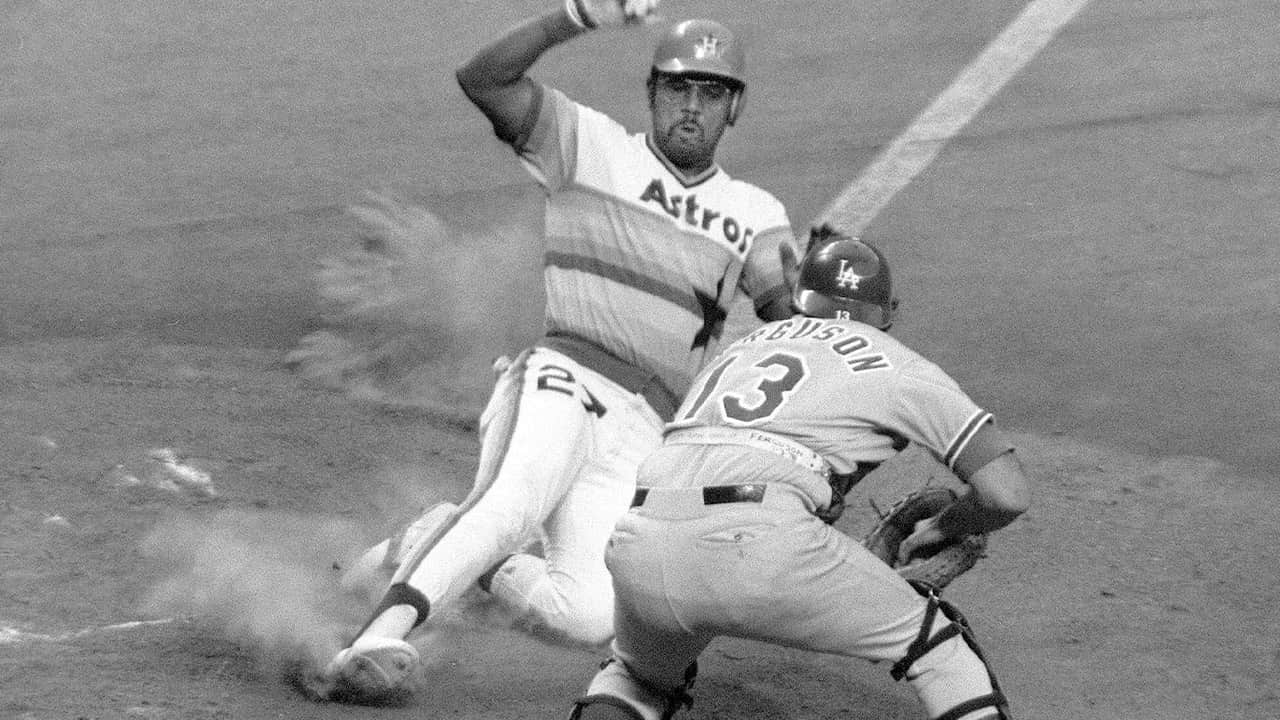 FILE – In this July 1978 file photo, Houston Astros first baseman Bob Watson (27) slides into home on a grounder by Luis Pujols, as Los Angeles Dodgers catcher Joe Ferguson (13) moves in for the tag during the sixth inning of a baseball game in Houston. Watson, a two-time All-Star as a player who later became the first African American general manager to win a World Series with the New York Yankees in 1996, has died. He was 74. (AP Photo/File)

After retiring as a player, Watson began coaching and helped the 1988 Oakland Athletics win the American League pennant as the hitting coach for the likes of Jose Canseco and Mark McGwire.

He became the second black general manager in major league history — after Atlanta’s Bill Lucas (1976-79) — when he was hired by the Astros in 1993.

Watson was hired as the Yankees’ GM in 1995, and made the then-highly criticized decision to hire Joe Torre as New York’s manager. Watson, along with Torre leading the team on the field, helped put together the World Series-winning squad in 1996.

He retired from the Yankees after the 1997 season, and Brian Cashman replaced him as New York’s GM. Watson later served as Major League Baseball’s vice president in charge of discipline and vice president of rules and on-field operations and worked in the league offices until 2010.

“Bob’s positive impact on our game and those who came in contact with him was accomplished with the utmost integrity, devotion and commitment,” Tony Clark, executive director of the players’ union, said in a statement.

The Astros honored Watson in March by dedicating the Bob Watson Education Center at the Astros Youth Academy in Houston with the former All-Star in attendance.

Watson overcame prostate cancer after being diagnosed in 1994 and became an advocate for awareness and early detection. He often spoke at conferences and seminars about his experience, which he discussed in his 1997 book, “Survive To Win.” He dealt with other health problems in recent years.

“I know that my dad has accomplished more than even he ever thought he would accomplish in life,” Keith Watson told Houston TV station Fox 26. “The legacy that he has left behind for us is one of giving, one of sharing, one of winning, and he doesn’t leave here not having done everything that he set out to accomplish in his life.”

Watson is also survived by his wife, Carol, and daughter Kelley.