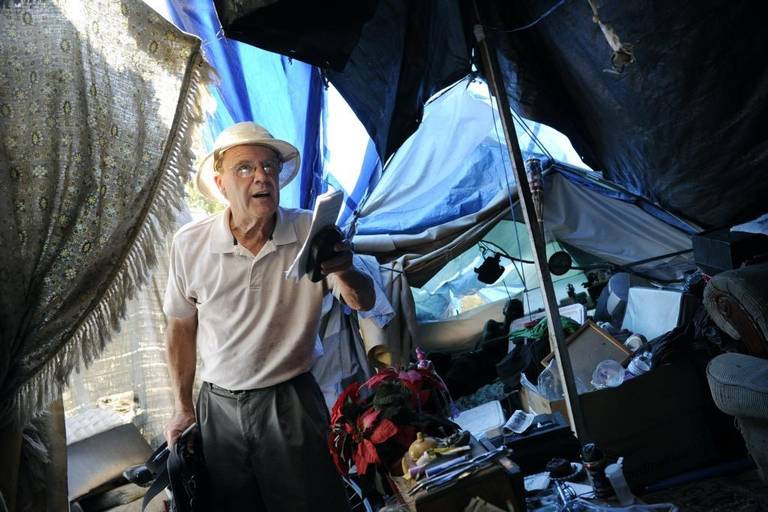 He died Thursday evening of prostate cancer surrounded by his family at his northwest Fresno home.

George, 70, is survived by his wife, Mary Hostetter; daughter Kate Hoffman and her husband, Jason Hoffman; and daughter Ally Hostetter and son Kirk Hostetter. He leaves behind a grandson, Hunter Hoffman.

Donations can be made in George’s memory to Hinds Hospice, 2490 W Shaw Ste. 101, or online www.hindshospice.org.

Because he was a former City Hall and Fresno State sports reporter for The Fresno Bee, George knew a lot of people, and a lot of people knew him — even if they called him “George Hostettler.”

George walked for the exercise, to find stories, and to formulate questions for those stories. He picked up litter because, well, it was easy and the right thing to do. Understand: He was proud of Fresno and wanted it to look its best.

But there are many thousands of Fresnans who saw George without realizing who he was. He was the guy often dressed in a polo shirt and cotton twill pants who walked all over Fresno — including 11 miles to work and back with a laptop slung over his shoulder — regardless of the weather. He was the guy, too, picking up litter everywhere he went.

George walked for the exercise, to find stories, and to formulate questions for those stories. He picked up litter because, well, it was easy and the right thing to do. Understand: He was proud of Fresno and wanted it to look its best.

Even with cancer ravaging his body, the man known to friends and family as “Kip,” continued to go out into the neighborhood, forging ahead with the aid of a walker.

Burning Desire to be a Reporter

Students who want to be reporters and young reporters should know about George’s sacrifices to be a journalist. Blessed with a sharp mind and a strong work ethic, he could have made more money doing something else. He worked at small Valley newspapers and as a Bee sports stringer before finally landing a full-time gig at The Bee in 1987.

George liked reporting the stories of inspiring people and the challenges they overcame. One of his strengths as a reporter was looking ahead and contemplating what was next. But his greatest passion as a journalist was shining a bright light into dark corners and delivering the truth about events that powerful forces sometimes wanted buried.

That fire never flickered. After retiring from The Bee in 2015, he continued to cover local government for CV Observer and The Sun.

George Stood His Ground on Behalf of His Readers

George’s loyalty to the First Amendment, the Brown Act, and the people’s right to know was unflinching.

So much so that it got him sideways more than once with Bee editors who preferred that he played ball with the city’s powerbrokers instead of pursuing stories that might cast the influential in a bad light.

But George refused to back down or soften his style.

More than once, he stood up in City Hall chambers and stated that the council had violated the Brown Act, the state law protecting the public’s right to attend and participate in government meetings. And, if the council went into closed session at the end of the day, he would wait for members to emerge or track them down by phone to find out if they had voted on anything.

He did that because he wanted a “scoop” — one of his favorite words — and he wanted to ensure that the council fulfilled its Brown Act requirements.

To the chagrin of many of George’s editors, his stories often were long. He wanted his readers to hear from all sides, and to have the complete context of an issue or situation. Most of all, he sought answers to the questions that readers might ask. In 2014, he famously posted on his City Beat blog a 105,001-word story headlined “Champions and Orphans: The 1968 Fresno City College-College of the Sequoias Football Feud.” 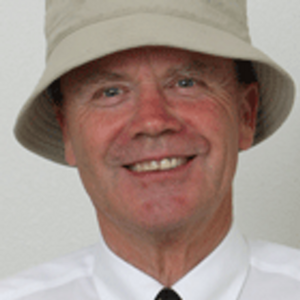 “Junior colleges get no respect, especially on the cultural scene. … William F. Buckley wrote ‘God and Man at Yale.’ There’s never been ‘God and Man at Reedley College.’ “ — George Hostetter

The headline, as headlines often do, failed to convey the complexity of George’s work. Later he would describe the story as the tale “of two remarkable football teams and two ambitious coaches told against the backdrop of a dramatic year in local and American history.”

Though the story earned a mention on deadspin.com, it attracted few digital clicks.

“I’m a believer in the market. The digital market had spoken. Case closed,” George later wrote.

“But I couldn’t help thinking that rejection of the blog simply because of its length had the effect of supporting one of the blog’s main points: junior colleges get no respect, especially on the cultural scene. … William F. Buckley wrote ‘God and Man at Yale.’ There’s never been ‘God and Man at Reedley College.’ ”

That was vintage George.

On the Golf Course or a Pool Table, He Rarely Lost

Unbeknownst to many, George was an outstanding athlete and something of a hustler in games that often involved small bets. The first time I played golf with him was at Sherwood Forest out near Sanger, he had an old set of Wilson persimmon woods and irons as thin as butter knives. He didn’t miss a fairway, didn’t have a 3-putt, and shot 2-under-par. And, it cost me a Pepsi because the snack bar didn’t have Kit Kats.

Some nights after work, George would walk from his home to mine, and we would play 9-ball or 8-ball on a classic Brunswick pool table I was quite proud of. When George made a ball on the break, I knew my chances of winning were slim to none. He could run the rack in the blink of an eye.

Years before, George played for the Fresno Rugby Club. Rugby isn’t for the faint of heart. It’s an incredibly tough sport. The way George told it, he wasn’t much of a rugby player but enjoyed the beers afterward.

Experience told me that wasn’t the case. George liked to downplay his abilities and he used that to his advantage as a reporter and on the golf course.

George grew up in Lindsay and I would guess that formed much of his worldview: a belief in the transformative power of capitalism, his siding with underdogs, a love of hard work, and a determination to do the right thing.

George served a couple of years in the Army and was sent to Germany during the Cold War. He once told me of botching a coded message about whether or not missiles should be launched. The missiles stayed put, and no harm was done, but George got chewed out by his commanding officer.

“I never screwed that up again,” he said, laughing.

During many late nights, after covering Fresno State road basketball games, George and I would grab a bite to eat. He loved diners and eating breakfast at midnight. More than once, George brought up the American Dream and said that he was “a small-town Lindsay boy” living it.

George served a couple of years in the Army and was sent to Germany. He once told me of botching a coded message about whether or not missiles should be launched. The missiles stayed put, and no harm was done, but George got chewed out by his commanding officer. “I never screwed that up again,” he said, laughing.

Keeping it real: George upset people from time to time. They didn’t like his questions. They didn’t like the angle of his stories. But it was virtually impossible to stay mad at George because he was polite, didn’t hold grudges, and his motives were pure.

“George Hostetter was the consummate journalist — tough, dogged, curious, and always fair,” Fresno Mayor Lee Brand said in a statement Friday morning. “His passing is a gigantic loss not just to journalism, but to Fresno as well. Not much escaped George’s keen eye in his pursuit of the story, and I always knew that in the end, he would not just get to the bottom of whatever he was investigating, but also get it right.

“George was quirky, be it his never-ending walks around all of Fresno or channeling the famous TV detective Columbo in his questioning.  As the saying goes, ‘they don’t make them like that anymore.’  Reporters are not supposed to be friends with those they cover, but I can honestly say a day won’t go by when I won’t miss George.  I know he is at peace – and almost certainly enjoying a Kit Kat bar.”

He Deserved a Pulitzer but Achieved Something Bigger

George’s enduring legacy will be his work on The Bee’s 2003 “Broke and Broken” special section examining the San Joaquin Valley’s struggles to develop an economy that worked for everyone.

His time in Lindsay had taught him a lot about agriculture and he had empathy for growers and the immigrants who toiled in the fields. His curiosity led him to ask probing questions of leaders and economic experts. His writing skills captured the hurt brought by double-digit unemployment.

The series was worthy of a Pulitzer Prize, but it didn’t survive the final cut — much to the regret of Charlie Waters, The Bee’s then-executive editor who was a Pulitzer judge.

However, George and the others who worked on those stories achieved something bigger — and more important — than a Pulitzer. They pushed the need to grow the Valley’s economy out of the shadows. No longer could leaders shrug and say, that’s the way it is.