'Murder Hornets,' With Sting That Can Kill, Arrive in US 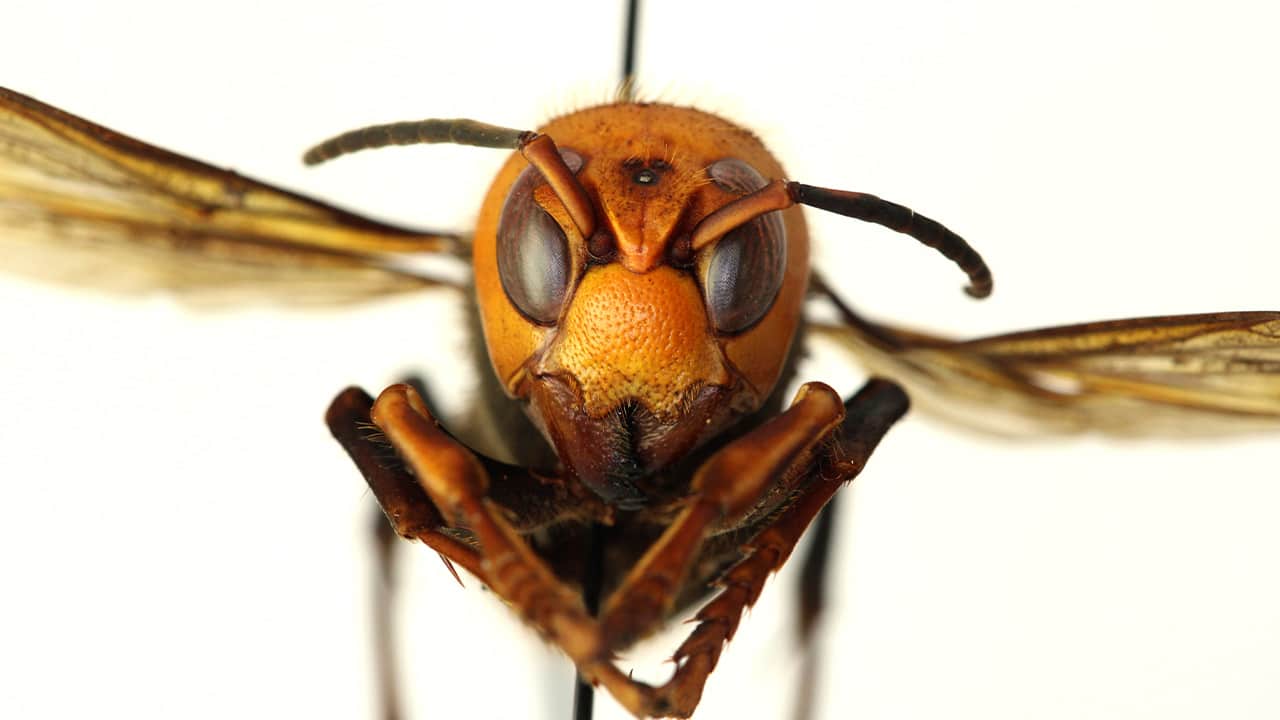 SPOKANE, Wash. — The world’s largest hornet, a 2-inch killer dubbed the “Murder Hornet” with an appetite for honey bees, has been found in Washington state, where entomologists were making plans to wipe it out.

The giant Asian insect, with a sting that could be fatal to some humans, is just now starting to emerge from winter hibernation. 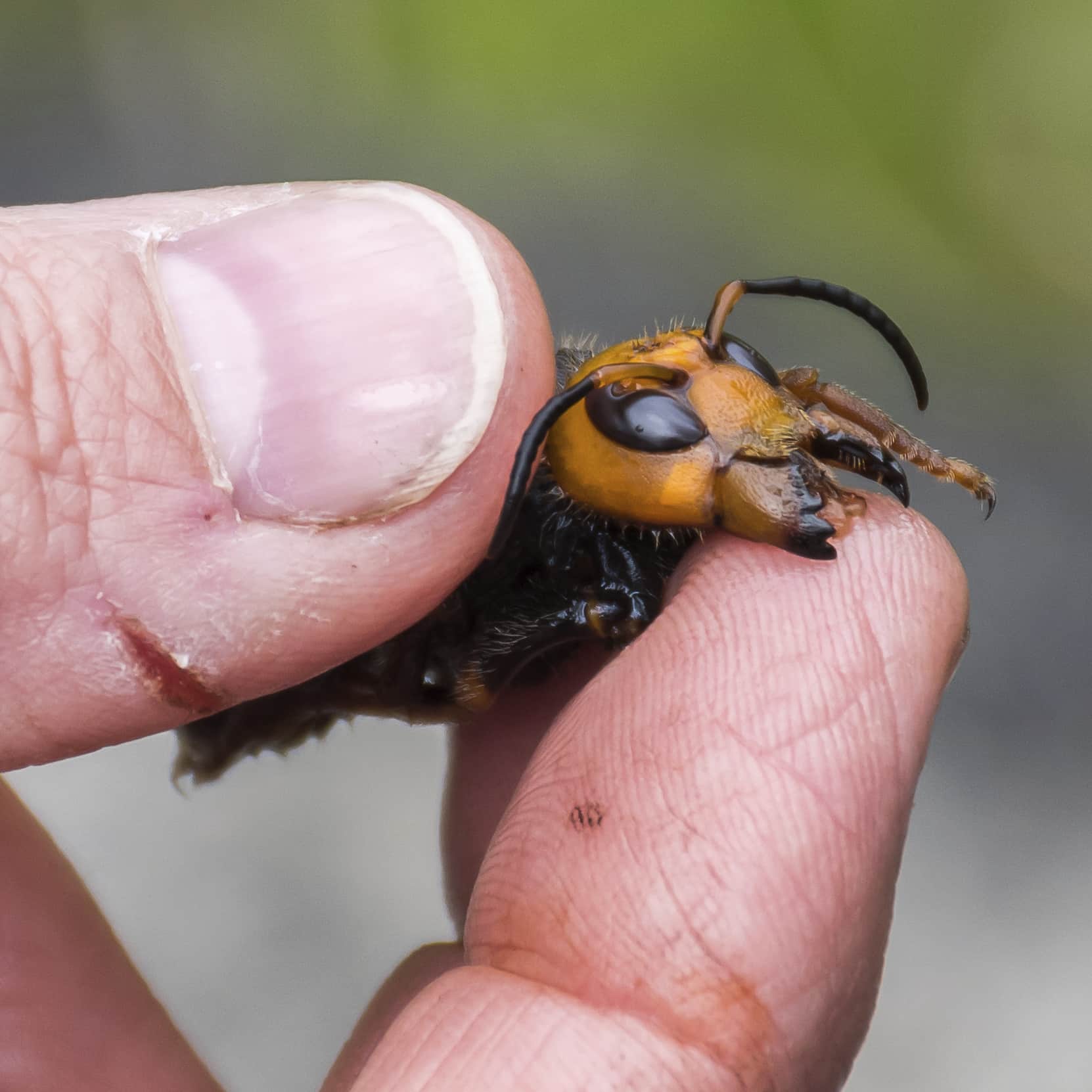 “They’re like something out of a monster cartoon with this huge yellow-orange face,” said Susan Cobey, a bee breeder at Washington State University.

The hornet was sighted for the first time in the U.S. last December, when the state Department of Agriculture verified two reports near Blaine, Washington, close to the Canadian border. It also received two probable, but unconfirmed reports from sites in Custer, Washington, south of Blaine.

The hornet can sting through most beekeeper suits, deliver nearly seven times the amount of venom as a honey bee, and sting multiple times, the department said, adding that it ordered special reinforced suits from China.

The university said it isn’t known how or where the hornets arrived in North America. It normally lives in the forests and low mountains of eastern and southeast Asia and feeds on large insects, including wasps and bees. It was dubbed the “Murder Hornet” in Japan, where it is known to kill people.

The hornet’s life cycle begins in April, when queens emerge from hibernation, feed on plant sap and fruit, and look for underground dens to build their nests. Hornets are most destructive in the late summer and early fall. Like a marauding army, they attack honey bee hives, killing adult bees and devouring larvae and pupae, WSU said.

Their stings are big and painful, with a potent neurotoxin. Multiple stings can kill humans, even if they are not allergic, the university said.

Farmers depend on honey bees to pollinate many important northwest crops such as apples, blueberries and cherries. With the threat from giant hornets, “beekeepers may be reluctant to bring their hives here,” said Island County Extension scientist Tim Lawrence. 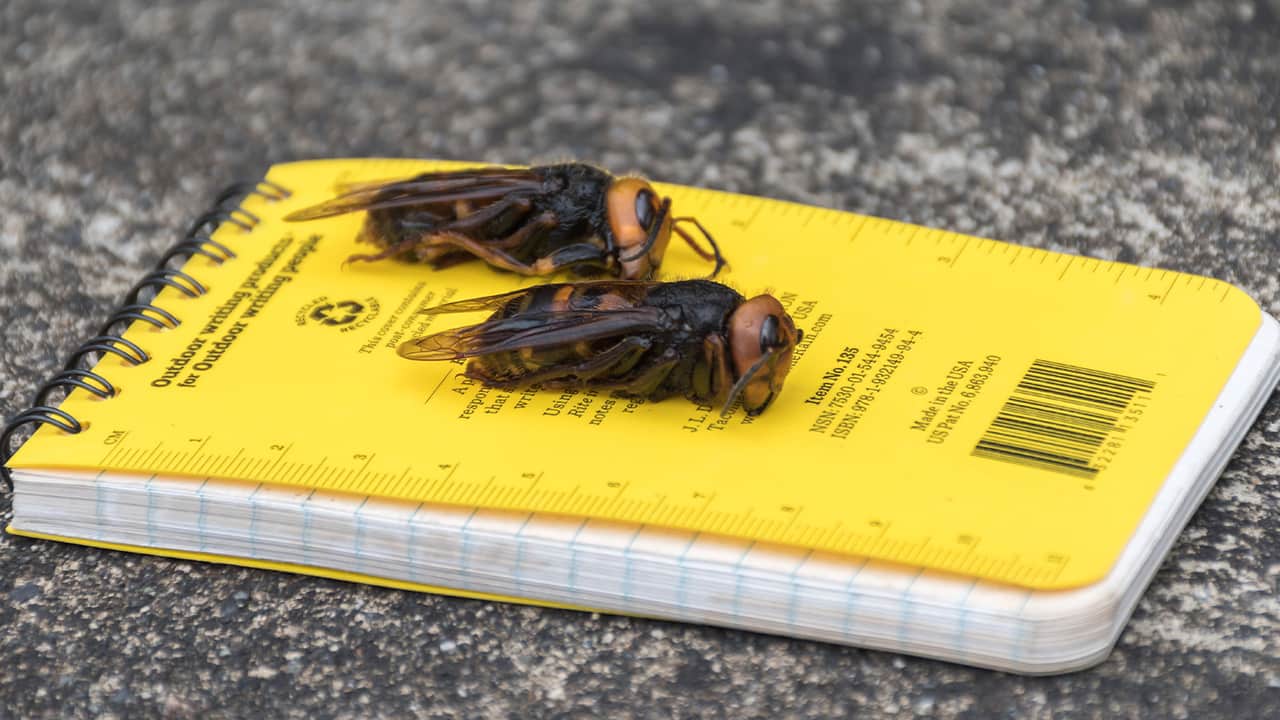 In this April 23, 2020, photo provided by the Washington State Department of Agriculture, dead Asian giant hornets sit on a researcher’s field notebook in Blaine, Wash. The world’s largest hornet, a 2-inch long killer with an appetite for honey bees, has been found in Washington state and entomologists are making plans to wipe it out. Dubbed the “Murder Hornet” by some, the Asian giant hornet has a sting that could be fatal to some humans. It is just now starting to emerge from hibernation. (Karla Salp/Washington State Department of Agriculture via AP)

An invasive species can dramatically change growing conditions, Murray said, adding that now is the time to deal with the predators.

“We need to teach people how to recognize and identify this hornet while populations are small, so that we can eradicate it while we still have a chance,” Murray said.

The state Department of Agriculture will begin trapping queens this spring, with a focus on Whatcom, Skagit, San Juan, and Island counties.

Hunting the hornets is no job for ordinary people.

“Don’t try to take them out yourself if you see them,” Looney said. “If you get into them, run away, then call us!”