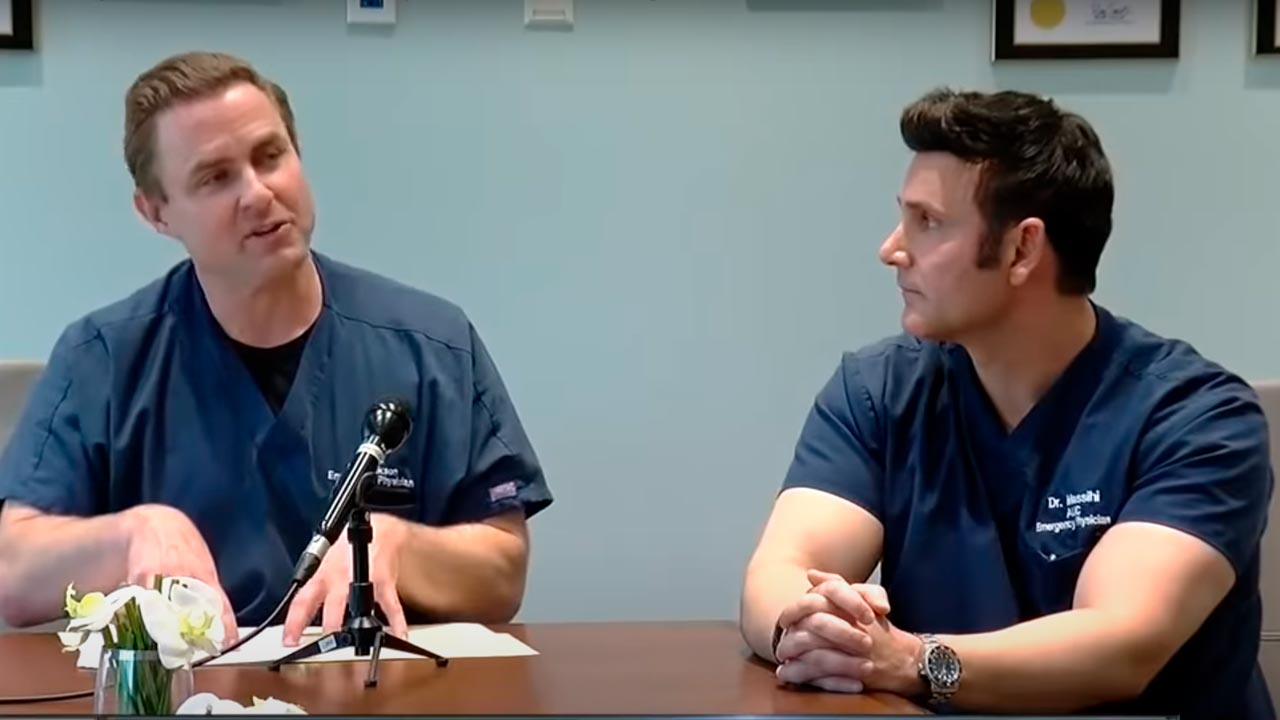 It was news that sounded too good to be true. And, critics say it was.
Two doctors who are co-owners of Accelerated Urgent Care in Bakersfield held a news conference last week to say that California’s statewide stay at home order is an unnecessary response to the COVID-19 pandemic. Their reasoning? COVID-19 is no worse than the flu and its death rates are low.
“Do we need to still shelter in place? Our answer is, emphatically, no,” Dr. Dan Erickson said.
But the American College of Emergency Physicians and the American Academy of Emergency Medicine see it differently. In a joint statement posted online, the organizations said they “emphatically condemn” the doctors’ viewpoints, which they described as “reckless and untested musings” and “inconsistent with current science and epidemiology.”


“Comparing flu deaths and COVID-19 deaths are apples and oranges until the same methodology of calculating flu deaths is applied to COVID-19 deaths.” — ACEP and AAEM statement
“As owners of local urgent care clinics,” the statement said, “it appears these two individuals are releasing biased, non-peer reviewed data to advance their personal financial interests without regard for the public’s health.”

In their media comments, Erickson and his business partner, Dr. Artin Massihi said their facilities have tested over 5,200 patients for the coronavirus throughout the county, making up for over half of all testing in Kern. According to their analysis, the death rate for COVID-19 is similar to the death rate from the seasonal flu.
“Now that we have the facts,” said Dr. Erickson. “It’s time to get back to work.”
ACEP and AAEM challenged the linkage the doctors made between the death rates for the two viruses.
“Comparing flu deaths and COVID-19 deaths are apples and oranges until the same methodology of calculating flu deaths is applied to COVID-19 deaths,” said the statement. “Additionally, final flu data is calculated after the season is over. The physician in the video is comparing two months of COVID-19 data, which again at this point is incomplete. It is not scientifically valid to make a comparison to the completed six-month flu season.”

The statement also criticized the doctors for relying on incomplete testing data. “For example, it is stated in the video that in one area of California, there is a 12 percent positive test rate. That is then erroneously used to conclude that there are almost 4.7 million cases in the entire state of California. But that framing only looks at the 12 percent of people who had access to a test.”
“Most concerning for ACEP, they used their “emergency physician” titles to provide credence to their opinions.”

A Bakersfield TV station posted a full-length video of the doctors’ hour-long news conference to its YouTube channel. The video soon went viral, reaching over 5 million views, according to KERO-TV, and sparked calls to lift shelter-in-place restrictions.
But YouTube notified the station on April 27 that the full video had been taken down, citing the company’s “community guidelines.”
“We quickly remove flagged content that violates our Community Guidelines, including content that explicitly disputes the efficacy of local healthy authority recommended guidance on social distancing that may lead others to act against that guidance,” YouTube’s notification to the station said.
The station said it disagreed with YouTube’s position and advised viewers they could still watch the video on its website and Facebook page. YouTube did not remove the station’s original video story about the doctors’ news conference.

Related Topics:BakersfieldCaliforniacommunity healthcoronavirusCOVID-19
Up Next