Clovis Unified Superintendent Eimear O’Farrell and the district’s high school principals will talk about plans to celebrate the Class of 2020 in a Facebook Live session that starts at 5 p.m. today.

The COVID-19 pandemic that restricted mass gatherings and led to home sheltering orders has prompted educators nationwide to brainstorm ways to commemorate the accomplishments of graduating seniors without putting them at risk of being infected by the virus.

District officials will announce plans that they have been working on but which are not yet finalized pending feedback from today’s Facebook Live event, district spokewoman Kelly Avants told GV Wire on Friday.

The “on-time” graduation ceremonies to be discussed today is “something to celebrate our graduates at the close of this school year versus a year from now,” she said.

The loss of activities that Clovis Unified seniors traditionally enjoy is being keenly felt. When the trustees met on Wednesday evening to talk about extending school closures later in May, a significant amount of time was spent talking about the Class of 2020 and commencements. 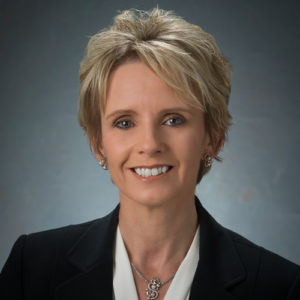 “Our goal is to honor our seniors in the very best way we can.” — CUSD Superintendent Eimear O’Farrell

Clovis High teacher Joni Sumter, who is also a parent, noted that the high school graduation is a significant milestone for Clovis Unified seniors. She listed a large number of activities that seniors typically engage in, including their commencement ceremony.

Unlike students in other districts, Clovis Unified kindergartners and eighth graders don’t have ceremonies to mark their “graduations,” which makes the high school graduation even more meaningful, Sumter said.

O’Farrell said at Wednesday’s meeting that district leaders are considering several options, including a ceremony later in the summer and virtual events before then.

She said she was not hopeful about holding traditional June commencements after learning from a county health official this week that mass gatherings will be too risky.

“Our goal is to honor our seniors in the very best way we can,” she said.

Will Newsom Increase COVID-19 Costs on Farms, Other Businesses?