While COVID-19 lockdowns squeeze minor-league baseball teams across the country, Major League Baseball is pressuring the game’s grassroots franchises, too.

And it is making for an uncertain future for franchises such as the Triple-A Fresno Grizzlies down to short-season rookie-league operators.

“So at this time, the Grizzlies’ only worries are making sure that our community is staying safe and healthy while following the guidelines issued by local and national officials. We are focused on keeping our fans engaged during this time and hopefully bringing baseball back to Chukchansi Park and Fresno this season!” — Fresno Grizzlies

Looming in the background of the minors’ tenuous situation is intermittent talks with MLB on a new development contract. The current Professional Baseball Agreement expires in September.

Will MLB Cut Its Farm System by 40 Teams?

The National Association of Professional Baseball Leagues, the minor league governing body, is prepared to agree to MLB’s proposal to cut the minimum of affiliations, commonly called “farm teams,” from 160 to 120 next year, a person familiar with the negotiations told The Associated Press. The person spoke Tuesday on condition of anonymity because no announcements were authorized.

“There have been no agreements on contraction or any other issues,” the National Association said in a statement, adding it “looks forward to continuing the good-faith negotiations with MLB.” 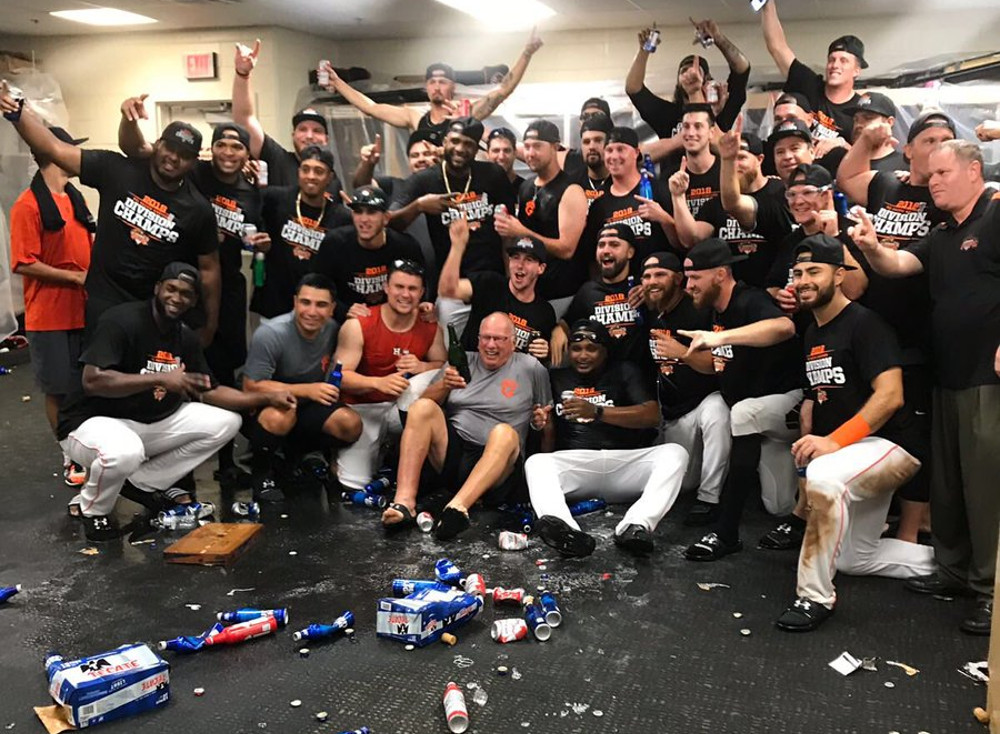 The Fresno Grizzlies celebrate after clinching a division title on Aug. 25, 2018. (Twitter/Jack Mayfield)

The NAPBL’s position almost assuredly was weakened by the prospect of little to no revenue coming in for 2020 because of the coronavirus.

The negotiations bring “another level of uncertainty to the situation,” said Jason Freier, managing owner for the Class A Fort Wayne, Class A Columbia, and Double-A Chattanooga franchises. “As people are deciding further investments in their teams and things like this, I’m sure that every owner has to have that somewhere in their mind.”

Chattanooga has been cited in published reports as one of the teams that might lose its MBL affiliation.

The Grizzlies, however, said Tuesday they are confident in their future. In fact, they’re hopeful of playing baseball this season.

“So at this time, the Grizzlies’ only worries are making sure that our community is staying safe and healthy while following the guidelines issued by local and national officials,” the team said in a statement to GV Wire. “We are focused on keeping our fans engaged during this time and hopefully bringing baseball back to Chukchansi Park and Fresno this season!”

Meanwhile, Minor League Baseball put out this statement on social media Tuesday: “Recent articles on the negotiations between MiLB and MLB are largely inaccurate. There have been no agreements on contraction or any other issues. MiLB looks forward to continuing the good faith negotiations with MLB on Wednesday as we work toward an agreement that best ensures the future of professional baseball throughout the United States and Canada.”

MLB, in a statement to GV Wire, said it looks forward to a productive discussion with its minor league system.

“We remain committed to good faith negotiations at the bargaining table aimed at making progress toward these goals. We will have more to say on these issues as our discussions with MiLB warrant,” MLB said.

The minors remain optimistic as well.

“Our goal is to still to keep affiliated professional baseball in all 160 communities where we currently have teams,” Minor League Baseball spokesman Jeff Lantz said.

According to a November Baseball America story, 42 minor-league teams would be shuttered, mostly in the lower levels of the minors. One of them is the Lancaster JetHawks of the California League at the High-A level. Under that scenario, the Grizzlies would take Lancaster’s place in the Cal League, Ballpark Digest reported.

However, Lantz told GV Wire in January that the Grizzlies would remain in the Pacific Coast League, which occupies the top rung of the minors.

“Nothing has been decided regarding the movement or contraction of any club,” Lantz said. “Minor League Baseball does not have plans to move the Grizzlies to another classification level, and Minor League Baseball is working daily to preserve affiliated professional baseball in all 160 markets that currently have teams.”

But the speculation continues heading into Wednesday’s negotiations.

Reported the San Francisco Chronicle today: “The organization that runs minor-league baseball is poised to agree to an overhaul of its affiliation structure with Major League Baseball, a move that jeopardizes one club each tied to the Giants and A’s, according to reports.” 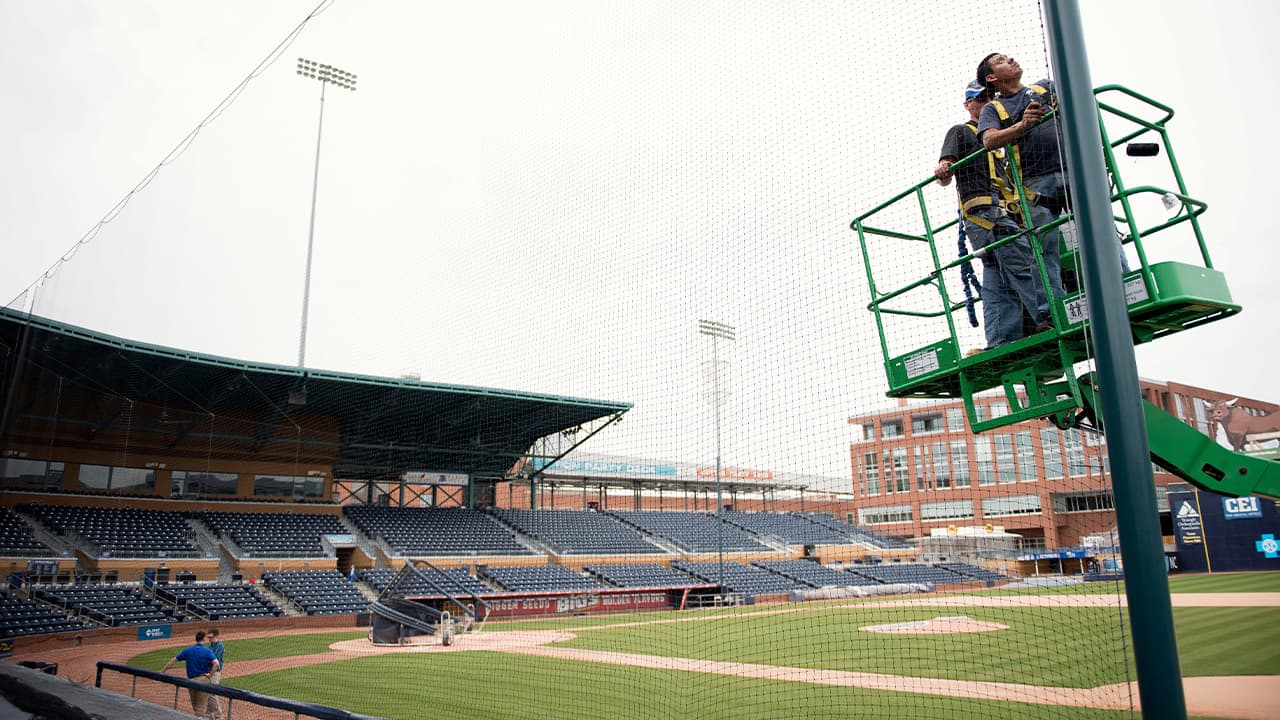 In this March 31, 2016, photo, Elias Ruiz, front right, and Steven Woytysiak, both from C&H Baseball, help install a 35-foot-high safety netting that runs behind home plate and along the length of each dugout at the Durham Bulls Athletic Park in Durham, N.C. While Major League Baseball tries to figure out a way to play this summer, the prospects for anything resembling a normal minor league season are looking increasingly bleak. (Whitney Keller/The Herald-Sun via AP, File)

(Associated Press contributed to this article. The story has been updated to include more comments from MLB and Minor League Baseball.)

She Hired a Plane to Find Her Lost Dog. Now He’s Home.