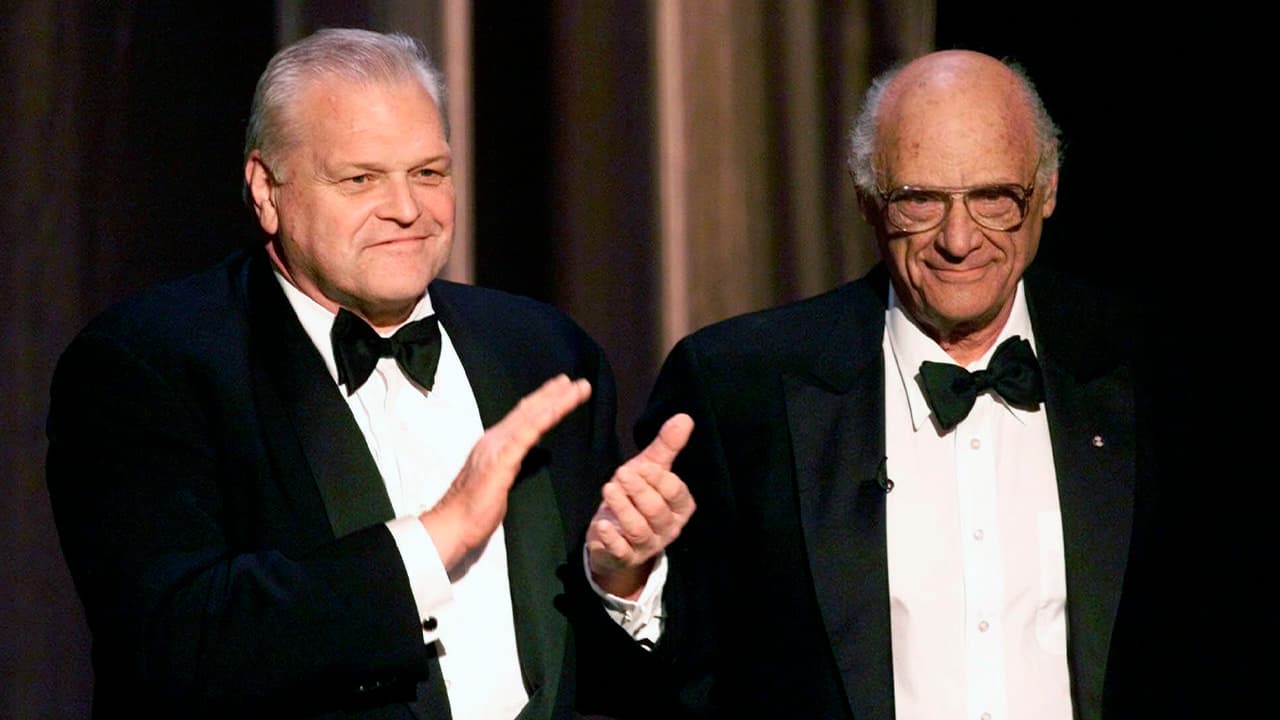 NEW YORK — Brian Dennehy, the burly actor who started in films as a macho heavy and later in his career won plaudits for his stage work in plays by William Shakespeare, Anton Chekhov, Eugene O’Neill and Arthur Miller, has died. He was 81. 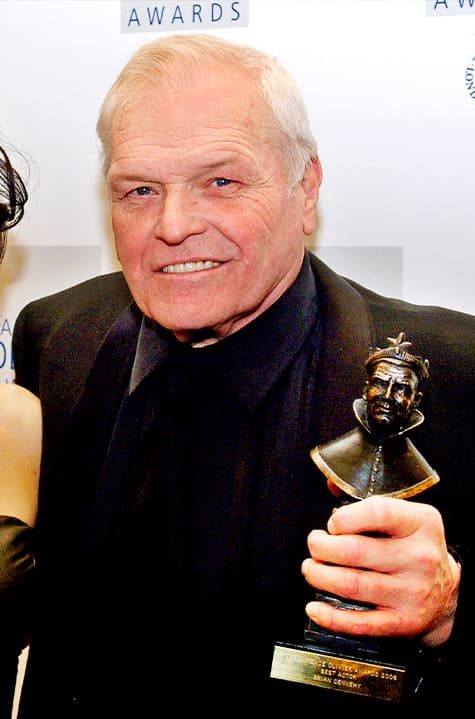 This Feb. 26, 2006 file photo shows actor Brian Dennehy with his best actor Olivier Award for his role in “Death of a Salesman,” at the 2006 British Theater Lawrence Olivier Awards in London. (AP File)

Known for his broad frame, booming voice and ability to play good guys and bad guys with equal aplomb, Dennehy won two Tony Awards, a Golden Globe, a Laurence Olivier Award and was nominated for six Emmys. He was inducted into the American Theater Hall of Fame in 2010.

Tributes came from Hollywood and Broadway, including from Lin-Manuel Miranda, who said he saw Dennehy twice onstage and called the actor “a colossus.” Actor Michael McKean said Dennehy was “brilliant and versatile, a powerhouse actor and a very nice man as well.” Dana Delany, who appeared in a movie with Dennehy, said: “They don’t make his kind anymore.”

Among his 40-odd films, he played a sheriff who jailed Rambo in “First Blood,” a serial killer in “To Catch a Killer,” and a corrupt sheriff gunned down by Kevin Kline in “Silverado.” He also had some benign roles: the bartender who consoles Dudley Moore in “10” and the levelheaded leader of aliens in “Cocoon” and its sequel.

“The world has lost a great artist,” Sylvester Stallone wrote in tribute on Twitter, saying Dennehy helped him build the character of Rambo.

Dennehy Had a Long Connection With Chicago’s Goodman Theater

Eventually Dennehy wearied of the studio life. “Movies used to be fun,” he observed in an interview. “They took care of you, first-class. Those days are gone.”

Dennehy had a long connection with Chicago’s Goodman Theater, which had a reputation for heavy drama. He appeared in Bertolt Brecht’s “Galileo” in 1986 and later Chekhov’s “Cherry Orchard” at far lower salaries than he earned in Hollywood. In 1990 he played the role of Hickey in Eugene O’Neill’s “The Iceman Cometh,” a play he reprised at the Goodman with Nathan Lane in 2012 and in Brooklyn in 2015.

In 1998, Dennehy appeared on Broadway in the classic role of Willy Loman, the worn-out hustler in Miller’s “Death of a Salesman” and won the Tony for his performance.

“What this actor goes for is close to an everyman quality, with a grand emotional expansiveness that matches his monumental physique,” wrote Ben Brantley in his review of the play for The New York Times. “Yet these emotions ring so unerringly true that Mr. Dennehy seems to kidnap you by force, trapping you inside Willy’s psyche.”

He was awarded another Tony in 2003 for his role in O’Neill’s “Long Day’s Journey into Night,” opposite Vanessa Redgrave, Phillip Seymour Hoffman and Robert Sean Leonard.

Back in New York City in 1965, He Pursued Acting While Working at Side Jobs

Dennehy was born July 9, 1938, in Bridgeport, Connecticut, the first of three sons. His venture into acting began when he was 14 in New York City and a student at a Brooklyn high school. He acted the title role in “Macbeth.” He played football on a scholarship at Columbia University, and he served five years in the U.S. Marines. 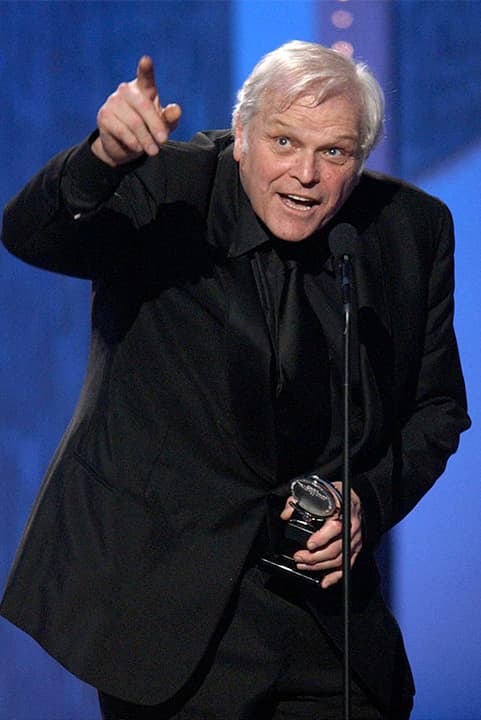 Back in New York City in 1965, he pursued acting while working at side jobs. “I learned first-hand how a truck driver lives, what a bartender does, how a salesman thinks,” he told The New York Times in 1989. “I had to make a life inside those jobs, not just pretend.”

His parents — Ed Dennehy, an editor for The Associated Press in New York, and Hannah Dennehy, a nurse — could never understand why their son chose to act. “Anyone raised in a first or second generation immigrant family knows that you are expected to advance the ball down the field,” Dennehy told Columbia College Today in 1999. “Acting didn’t qualify in any way.”

The 6-foot-3-inch Dennehy went to Hollywood for his first movie, “Semi-Tough” starring Burt Reynolds and Kris Kristofferson. Dennehy was paid $10,000 a week for 10 week’s work, which he thought “looked like it was all the money in the world.” He became a professional actor at the age of 38.

He Worked Deep Into His 70s

He played serial murderer John Wayne Gacy in the 1991 TV movie “To Catch a Killer” and union leader Jackie Presser in the HBO special “Teamster Boss” a year later. “I try to play villains as if they’re good guys and good guys as if they’re villains,” he said in 1992

He worked deep into his 70s, in such projects as SundanceTV’s “Hap and Leonard,” the film “The Seagull” with Elisabeth Moss and Annette Bening and the play “Endgame” by Samuel Beckett at the Long Wharf Theatre. His last foray on Broadway was in “Love Letters” opposite Mia Farrow in 2014.

“Just devastated to learn that the magnificent Brian Dennehy has died. There is no one I enjoyed working with more. And there are few friends as valued in my life,” Farrow wrote Thursday.

Other tributes came from Treat Williams, who wrote: “A great great actor has passed” and Josh Gad, who said Dennehy’s performance in “Death of a Salesman” will go down as one of the crowning performances ever delivered on stage.

He is survived by his second wife, costume designer Jennifer Arnott and their two children, Cormac and Sarah. He also is survived by three daughters — Elizabeth, Kathleen and Deirdre — from a previous marriage to Judith Scheff.

Related Topics:actorBrian Dennehy
Up Next