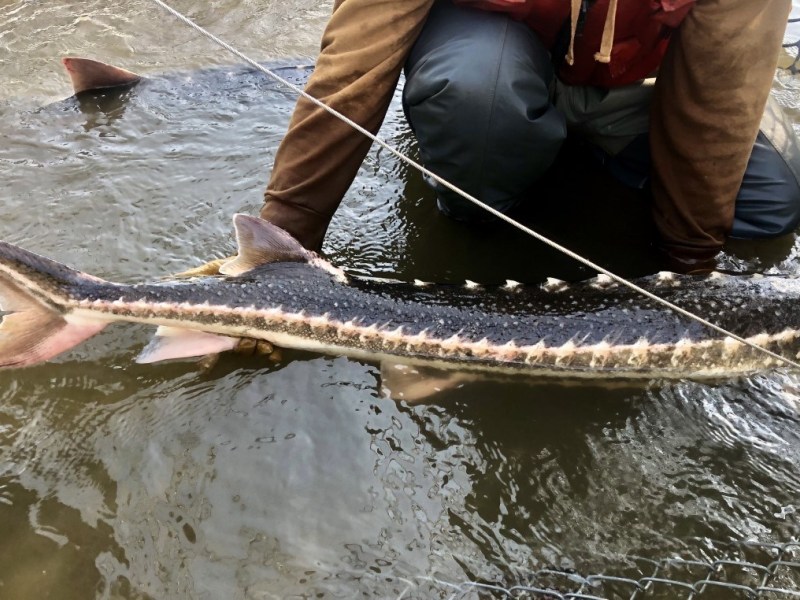 A rare, wild green sturgeon was found on the San Joaquin River upriver from the confluence of the Merced last weekend by U.S. Bureau of Reclamation crews checking salmon traps at Hills Ferry.

The discovery caused some excitement as this endangered fish had not been seen that far up the San Joaquin in many years, according to the National Marine Fisheries Service staff.

Though the San Joaquin River Restoration Program is concentrated on bringing back spring-run Chinook salmon populations, green sturgeons were also native to the area and evolved in the same habitat. So it’s not surprising to see them return as the river is brought back to life.

Still, “I think most people thought it would be years and years before these guys came back,” Hilary Glenn, an NMFS fish biologist in the San Joaquin River Branch, told an NMFS spokesman.

Green sturgeon, added to the federal and California list of endangered species in 2006, have existed for more than 200 million years.

They spawn from April to July in the Sacramento River Basin. White sturgeon spawning has been observed in the San Joaquin River Basin near Lodi.

The last green sturgeon known to be in the San Joaquin system was a few years ago near the Stanislaus River, which is further downstream than where this latest fish was found.

Like salmon, sturgeon spawn in rivers then swim out to sea and come back to spawn. But according to the NMFS, green sturgeon tend to spend more time in the ocean than most species.

Most sturgeon are bred in farms for their eggs, or caviar. 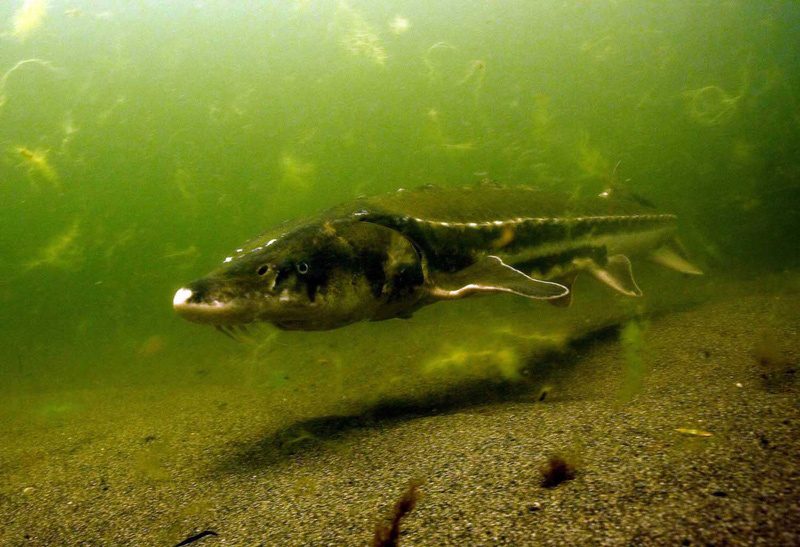 Another Nursing Home Hit by COVID-19 Infections in Tulare County