CHARLOTTE, N.C. — Kyle Larson was fired Tuesday by Chip Ganassi Racing, completing a stunning downfall for the budding NASCAR star who uttered a racial slur during a live-streamed virtual race and then watched nearly every one of his sponsors drop him.

The 27-year-old Larson, in his seventh Cup season with Ganassi and considered the top free agent in NASCAR just three days ago, is now out of a job in what could ultimately be an eight-figure blunder.

“After much consideration, Chip Ganassi Racing has determined that it will end its relationship with driver Kyle Larson,” Ganassi said. “As we said before, the comments that Kyle made were both offensive and unacceptable especially given the values of our organization. As we continued to evaluate the situation with all the relevant parties, it became obvious that this was the only appropriate course of action to take.“

Larson had been prepping to test free agency for the first time in his short career and Ganassi was expected to find himself in a bidding war to keep the sprint car driver he had gambled on and developed into one of NASCAR’s future stars.

The unraveling began Sunday night when Larson was competing in one of the iRacing virtual events drivers are playing during the sports hiatus caused by the coronavirus pandemic. Larson appeared to lose communication on his headset with his spotter.

During a check of his microphone, he asked his spotter, “You can’t hear me?” That was followed by the N-word. The slur was directed at his spotter, who is white. 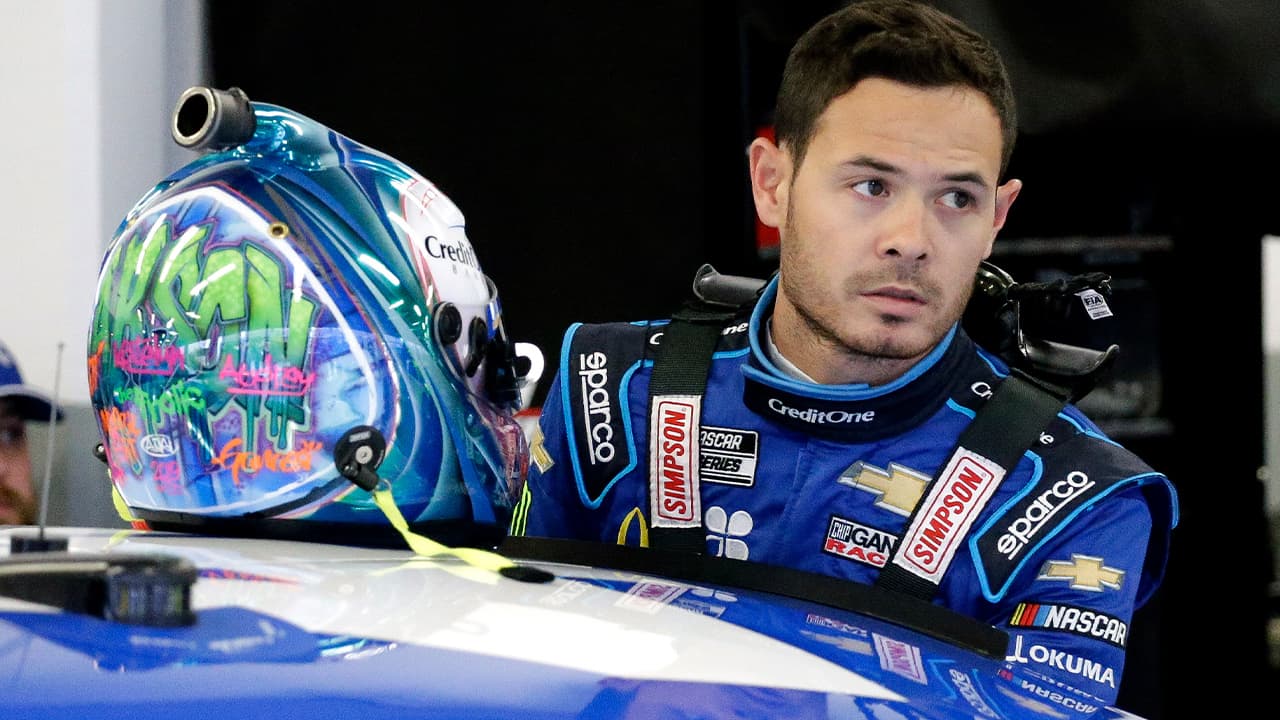 FILE – In this Feb. 14, 2020, file photo, Kyle Larson gets ready to climb into his car to practice for the NASCAR Daytona 500 auto race at Daytona International Speedway in Daytona Beach, Fla. Kyle Larson used a racial slur on a live stream Sunday. April 12, 2020, during a virtual race — the second driver in a week to draw scrutiny while using the online racing platform to fill time during the coronavirus pandemic.(AP Photo/Terry Renna, File)

Larson’s Famed Sprint Car Career Could Also Be in Jeopardy

He was suspended without pay by Ganassi early Monday, then suspended indefinitely by NASCAR and Larson, who is half Japanese, was ordered to complete sensitivity training.

But everything fell apart as primary sponsors McDonalds and Credit One Bank pulled their funding. Chevrolet suspended its relationship with Larson, and all but one commercial partner denounced Larson’s comment and indicated they were walking away.

Without funding on the No. 42 Chevrolet so long as Larson was in the car, the situation became untenable for Ganassi.

Larson’s famed sprint car career could also be in jeopardy: Kyle Larson Racing fields a Chevrolet in the World of Outlaws Series that is sponsored in part by Lucas Oil, a company that said it was indefinitely ending its partnership with Larson.

Larson also late last year added a midget car to his team and drove it to seven wins in eight races to close 2019, then opened 2020 with a victory at the prestigious Chili Bowl in his 13th try.

Larson was clearly set for the biggest year of his career and expected to make a decision between loyalty to Ganassi or a move to close friend and fellow sprint car racer Tony Stewart’s NASCAR team. He also might have been a long-shot candidate to replace seven-time NASCAR champion Jimmie Johnson at Hendrick Motorsports.

He Reached out to Many Sponsors and Friends to Apologize

Instead, his slur went viral because viewers can follow the virtual races on the gaming app Twitch and eavesdrop on the drivers’ typical lighthearted banter. Larson apologized in a video posted on his social media accounts.

“I made a mistake, said the word that should never, ever be said,” Larson said. “There is no excuse for that. I wasn’t raised that way. It is just an awful thing to say. I feel very sorry for my family, my friends, my partners, the NASCAR community and especially the African-American community.

“I understand the damage is probably unrepairable and I own up to that.”

He also reached out to many sponsors and friends to apologize. Brent Powell, president of Plan B Sales and Marketing, was the only sponsor to remain behind Larson. He said the driver called him personally to “express his regret about what transpired.”

“We know he is an awesome young man that made a mistake and we are going to stand behind him 100% and help any way we can,” Powell said.

Larson, whose grandparents spent time in an interment camp in California during World War II, climbed from short-track racing into NASCAR through its “Drive for Diversity” program. He is the only driver of Japanese descent to win a major NASCAR race.