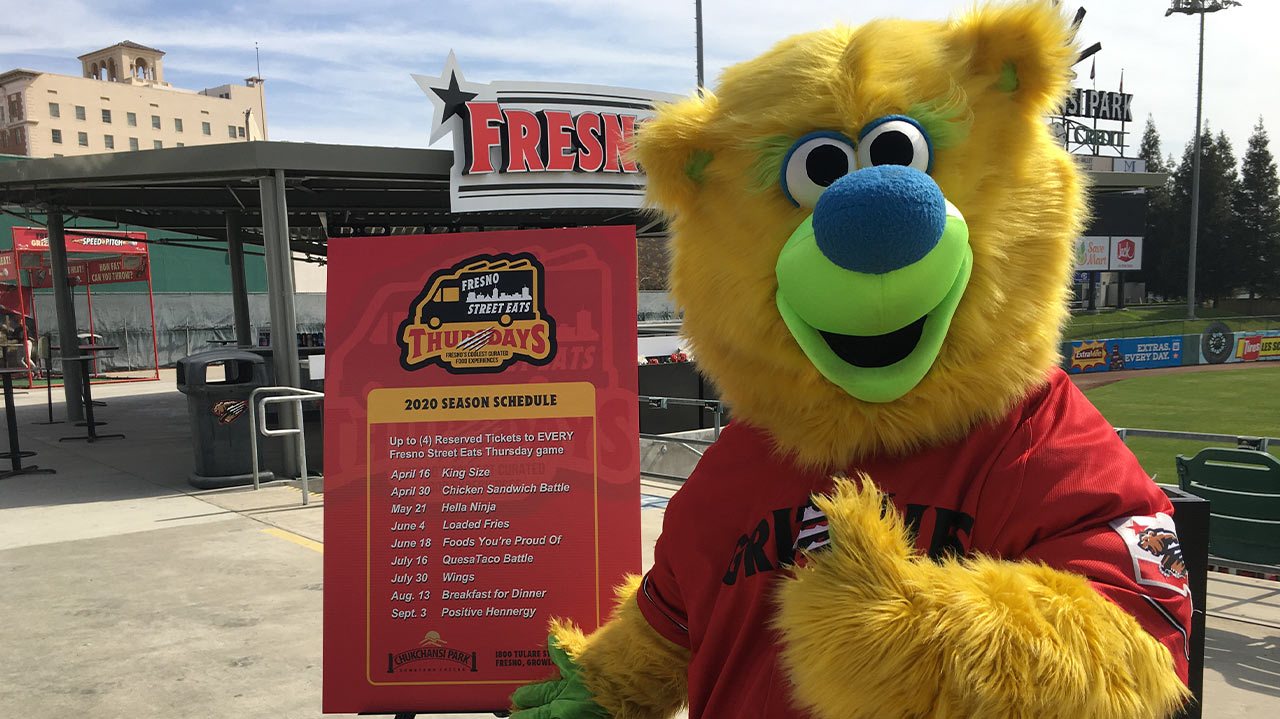 Tuesday night was supposed to be the home opener for the Fresno Grizzlies and thousands of local baseball fans.

Obviously, that is not happening.

But, the Triple-A club will celebrate ballpark activities all day online through the team’s social media platforms (Twitter, Facebook).

Calling it the “At Home Opener,” festivities started at 10 a.m. with fans having a chance to sing the National Anthem, via video. That doubled as a singing contest. The winner will have a chance to perform in real life when the baseball resumes.

When Major League Baseball postponed its March 26 season-opening, the decision trickled down to the minor leagues as well. The Pacific Coast League had an April 9 start date.

For the fifth time in their 23-year history, the Grizzlies are the top affiliate of the World Series champion. Their parent club, the Washington Nationals, hoisted the trophy last season.

The Grizzlies have a full slate of online activities, including a video game simulation of tonight’s scheduled game — the Grizzlies versus the Reno Aces (Arizona’s Triple-A club).

After the virtual national anthem, there will be a virtual first pitch, a noon chicken dance, and a taco cam. 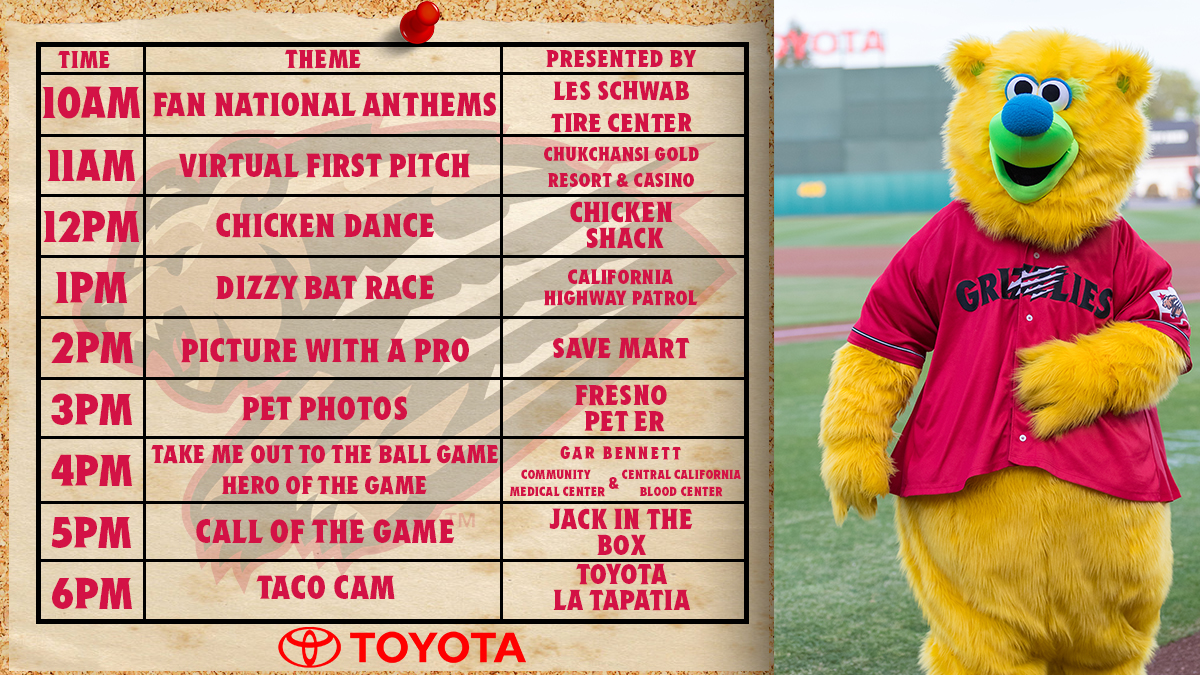