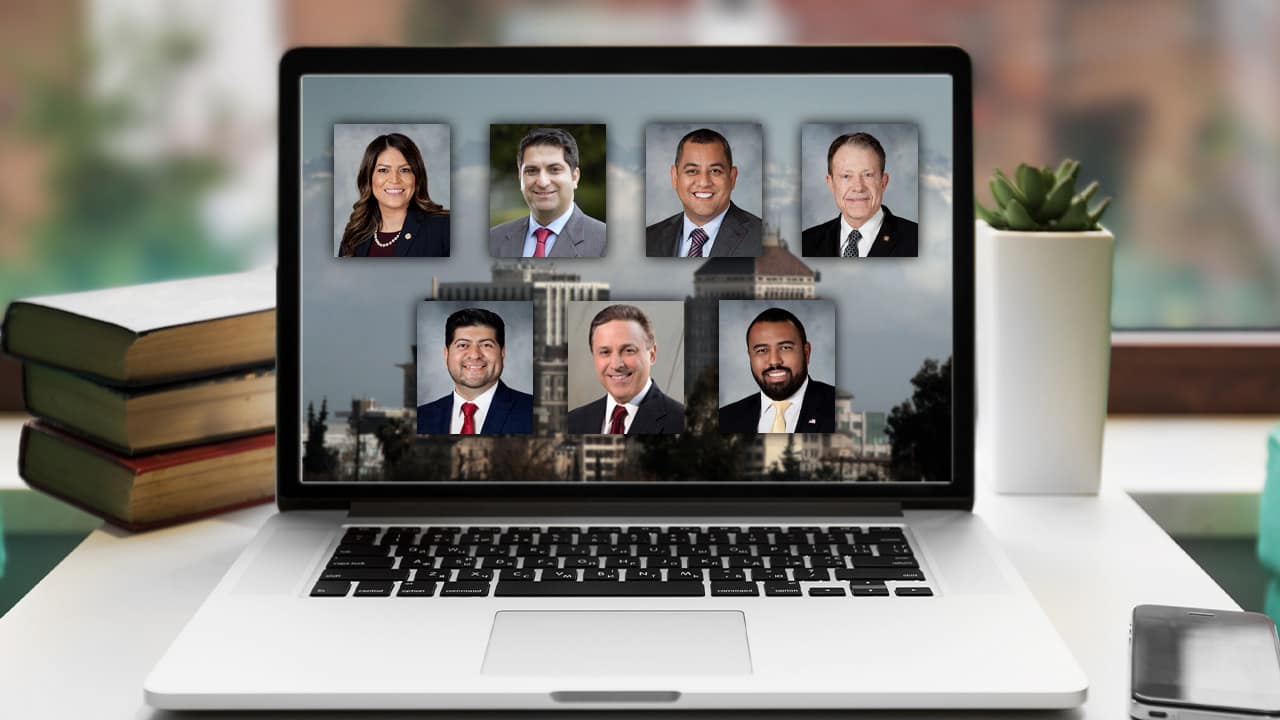 The people’s house of local government is closed for the time being, the latest victim of the COVID-19 pandemic.

All governmental meetings for the city of Fresno will be conducted online until the health crisis abates.

“In an abundance of caution for the health and safety of our employees, the public and our staff, we are going to go to virtual meetings,” Arias said.

An emergency order Friday signed by City Manager Wilma Quan officially closed council chambers and moved meetings online. The council will vote to officially adopt the rules at its next regularly scheduled meeting on April 9.

His March 17 order (N-29-20) allowed for government meetings without having to meet in person. Meetings can be held by teleconference, as long as the public can access the video and/or call as well.

The Clovis City Council, and the school boards of Fresno Unified and Central Unified already switched to this format.

The council meeting can be accessed via Zoom at this link, starting Thursday. The public can participate via Zoom, phone (1-669-900-9128 Meeting ID: 692 410 5349) or emailing questions. The meeting will be broadcast by CMAC. Only video of councilmembers and staff will be turned on. Audio will be muted except for those called upon. The Zoom chat and reaction feature will also be disabled.

Councilman Garry Bredefeld sent an email to Arias, other councilmembers and top City Hall staff disagreeing with the move.

“Initially, you decided that only you were going to be in the Council Chamber with the City Attorney and City Clerk.  When I found out about this, I informed the City Attorney and you (through him) that I planned on being in the Council Chamber and Mike Karbassi also planned on being there.  As has been happening, if any other Council Member chose to call in rather than attend, they would do so,” Bredefeld wrote on April 2.

In the email, Bredefeld complained of Arias making unilateral decisions regarding the meeting and aspects of closed session items.

“Your on-going behavior disrespects the 75,000 people that I represent, as well as the other Council Members you don’t consult with and the 75,000 people they represent. While as Council President, you have responsibilities such as running the meeting and making decisions on the agenda, which I support as I do with all Council Presidents.  But you have made many important decisions that should have Council consultation and input,” Bredefeld wrote.

Bredefeld since told GV Wire he would participate from his council office if the chamber doors were closed.

Karbassi said he would Zoom from his council office as well. But, he is concerned about the lack of a public meeting place.

“There needs to be a central location for public opinion,” Karbassi said. “In these times, there is a greater need for public input.”

Councilman Nelson Esparza also agreed with the teleconference only meetings, for safety if not for a more practical reason when it comes to phoning in.

“Everyone can hear everything, unless you are in the chamber.”

Esparza plans to teleconference from home.

Council Was Meeting in Person

An earlier directive from Newsom allowed council members to call into the meeting without having to give prior notice mandated by the Brown Act — the state’s open meeting laws.

With each special meeting, safety precautions evolved. The city shut down City Hall except for attending government meetings. Then, a limit of 50 people could attend in chambers. By the March 25 meeting, two-third of seats in the chamber were blocked off.

Arias said even with the seating restrictions, it was hard to follow social distancing among the public, staff and the councilmembers themselves.

“It is very difficult to police and enforce people not being within six feet when they are moving around,” Arias said.

The city had no way to monitor the health of the public entering the chambers.

All other committees and commissions were canceled. They will be subject to the teleconferencing when those meetings resumed.

“The nature of their jobs limits their ability to practice social distancing and protect themselves properly, so requiring that they wear masks is a necessary measure to keep them healthy.  All of these positions require very specialized training and it would take 3 to 12 months to find replacements for these brave men and women,” Quan said in a news release.

The city says it has a limited supply of masks, with more on order. As the masks come in, more city employees may be required to wear them at work.

Workers are encouraged to bring in their own masks. The city will also take donations of home made masks, which can be left with the security guards at the City Hall first floor entrance.