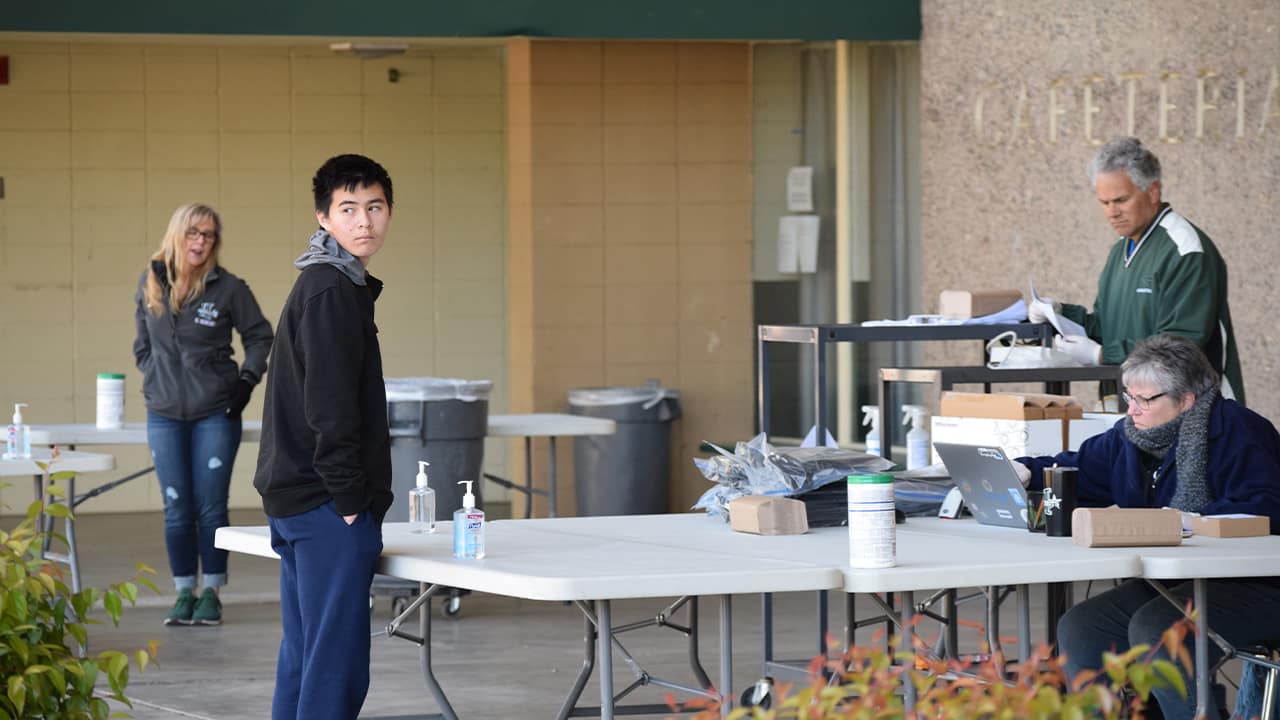 Their 7-0 vote came on the heels of a mounting campaign earlier Wednesday by California’s top officials urging districts to keep schools closed through the end of the school year to lower the spread of the novel coronavirus, which is highly contagious and has killed more than 50,000 people worldwide, including 216 in California as of Thursday afternoon.

School trustees acknowledged that they’ve been pressured by students and parents to reopen schools and to hold graduation ceremonies for seniors. But they agreed that the safety of students is the No. 1 priority.

“I couldn’t bear putting one person at risk,” trustee Elizabeth Jonasson Rosas said during the board meeting, which was conducted by teleconference.

With the reopening of schools pushed to the end of the current school year, Fresno Unified can direct its full attention to ramping up distance learning. That effort requires the distribution of Chromebooks, tablets, and wifi hot spots to students, district officials said.

The devices are being distributed today at Hoover High School in northeast Fresno, but are only for Hoover, superintendent Bob Nelson emphasized during the meeting. Devices are being handed out at other times at other schools, he said. 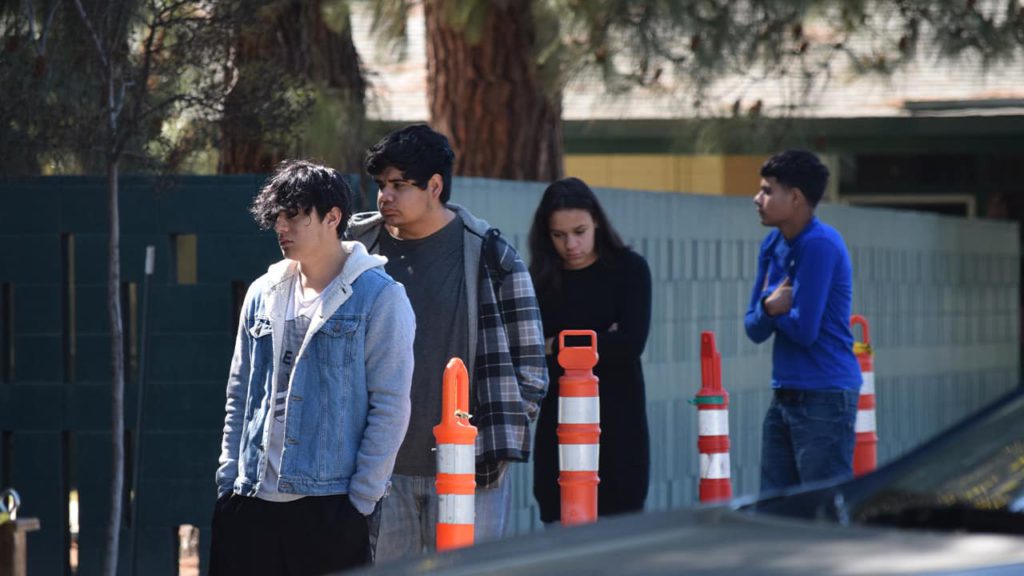 Students line up outside Hoover High School in northeast Fresno on Thursday morning while waiting to obtain a school laptop. (GV Wire/Nancy Price)

Clovis Unified Votes for May 4 Reopening

“We will continue to hope for the opportunity to come together in some form to evaluate our students’ educational progress and to celebrate the Class of 2020 before the middle of June.” — spokeswoman Kelly Avants

The Clovis Unified School Board also considered Wednesday whether to extend the closings beyond May 4.

Trustees voted 7-0 in favor of the recommendation by Superintendent Eimear O’Farrell to extend the school closings from April 14 to May 4. But the reopening will occur only if it is safe to do so, the district said.

Spokeswoman Kelly Avants said the district officials felt it was “premature” to vote now on keeping schools closed through the end of the school year. The Fresno County Public Health Department affirmed the district’s plans, she said.

“We will continue to hope for the opportunity to come together in some form to evaluate our students’ educational progress and to celebrate the Class of 2020 before the middle of June,” Avants said in an email Tuesday to GV Wire.