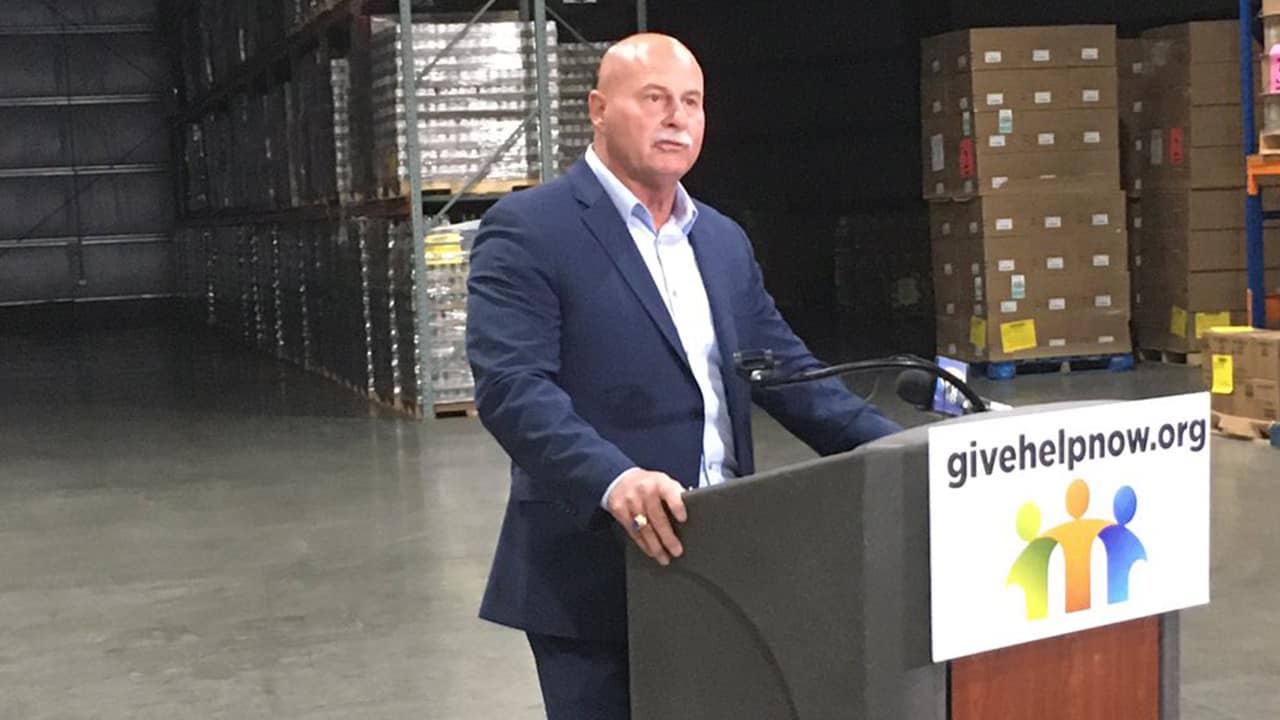 Mayor-elect Jerry Dyer announced an effort Thursday to help alleviate the situation. Five anonymous Fresno business leaders have contributed $100,000 each as seed money for a dollar-for-dollar matching program over the next thirty days. The goal is to raise $1 million.

During a news conference at the Central California Food Bank, Dyer said that business leaders are stepping up.

Demand Up, Donations Down

Representatives of the four nonprofits at the news conference shared similar stories. Demand for services has increased, while fundraising and donations are down.

Andy Souza, president and CEO of the Central California Food Bank, said 30% of recent recipients are new. Distributions have doubled.

“This wasn’t a recession that we gradually moseyed into. This was an instant crisis,” Souza said.

He called the last few weeks the hardest hit the food bank has had during his 10 years with the organization.

“We’re staying above water,” Souza said. “It’s coming at us like a fire hose instead of a garden hose.”

Souza said two fundraising events were canceled in the wake of COVID-19, costing his nonprofit $800,000.

But there is good news ahead. ABC30 is hosting a Feeding Our Families Virtual Telethon on Friday.

All donations will help the food bank. You can donate by testing CCFB to 555888 or click here to donate online. 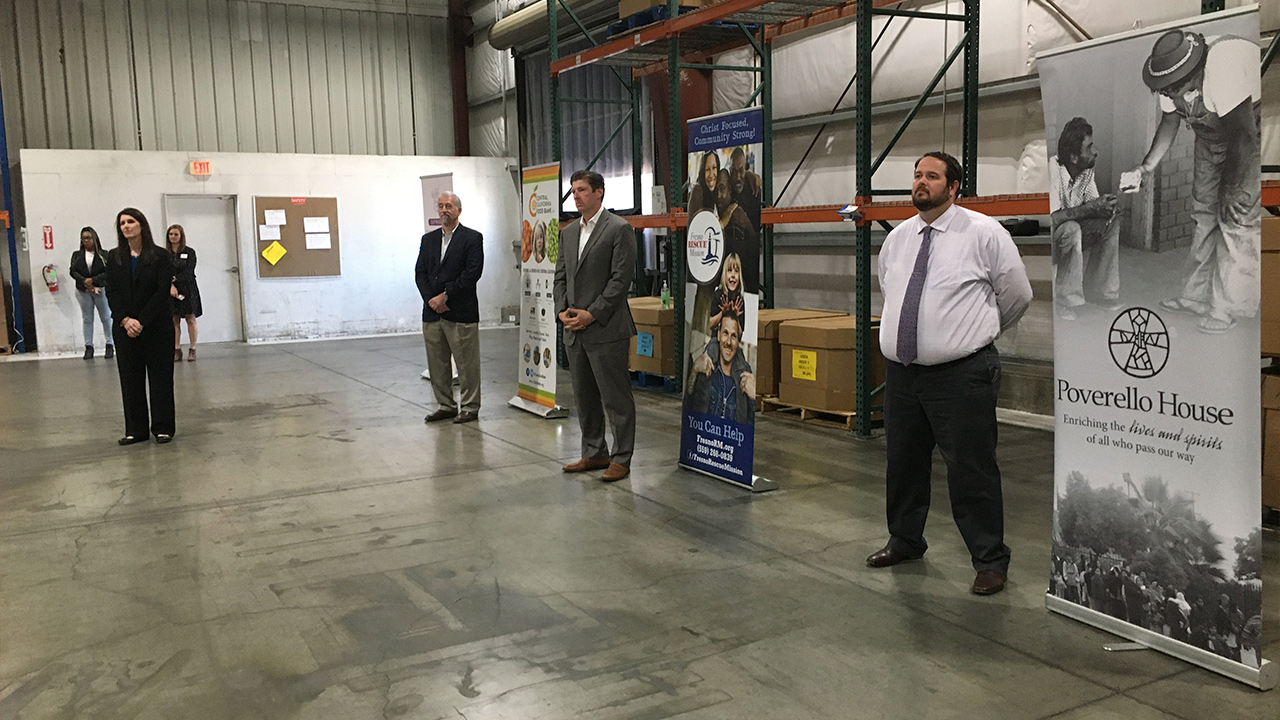 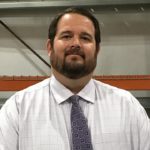 Zack Darrah, CEO of the Poverello House — a provider of homelessness services — has seen a 300% increase in requests for emergency food bags.

He expects fewer donations, even as their workload has increased.

Some of the emergency money coming from the state will go to Poverello House to help with more beds.

Fresno Rescue Mission CEO Matthew Pildine says that because of the run on food in grocery stores, they are no longer receiving store donations of day-old bread. 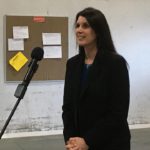 “It’s really in those times of quiet that we actually get most nervous. Because for us, we’re thinking there are reasons people aren’t calling.” — Nicole Linder, Marjaree Mason Center

Nicole Linder, executive director of the Marjaree Mason Center, says calls to her organization have been like a roller coaster.

“We originally saw a 30% increase in calls to our hotline. The following week, we saw a dip while the same time the sheriff’s office saw a 50% increase,” Linder said.

Calls for help have increased again.

“It’s really in those times of quiet that we actually get most nervous. Because for us, we’re thinking there are reasons people aren’t calling,” Linder said.

Linder says that even though the courts are for the most part closed, they do remain open for emergency restraining orders.

Linder said that canceled fundraisers caused a $300,000 gap, while costs have increased.

The center is spending on employees working remotely, upgrading technology, “and obviously cleaning and making sure that we provide resources to encourage people to stay as confined in their room as possible,” Linder said.

Dyer said he was humbled by the anonymous donors’ actions.

“I wish I could say who those business leaders are because, quite frankly, they need to be recognized. But, they have chosen to remain anonymous because that’s who they are,” Dyer said.

While the four main recipients will be the Central California Food Bank, Poverello House, Fresno Rescue Mission, and the Marjaree Mason Center, any Fresno County nonprofit providing “emergency food, shelter, and services that have been directly impacted by COVID-19” can receive funds, according to the website.

The nonprofit Valley Future Foundation will administer the funds, which will be distributed in May. Brusseau is the group’s nonprofit head.

Dyer pushed the urgency of the fundraising campaign.