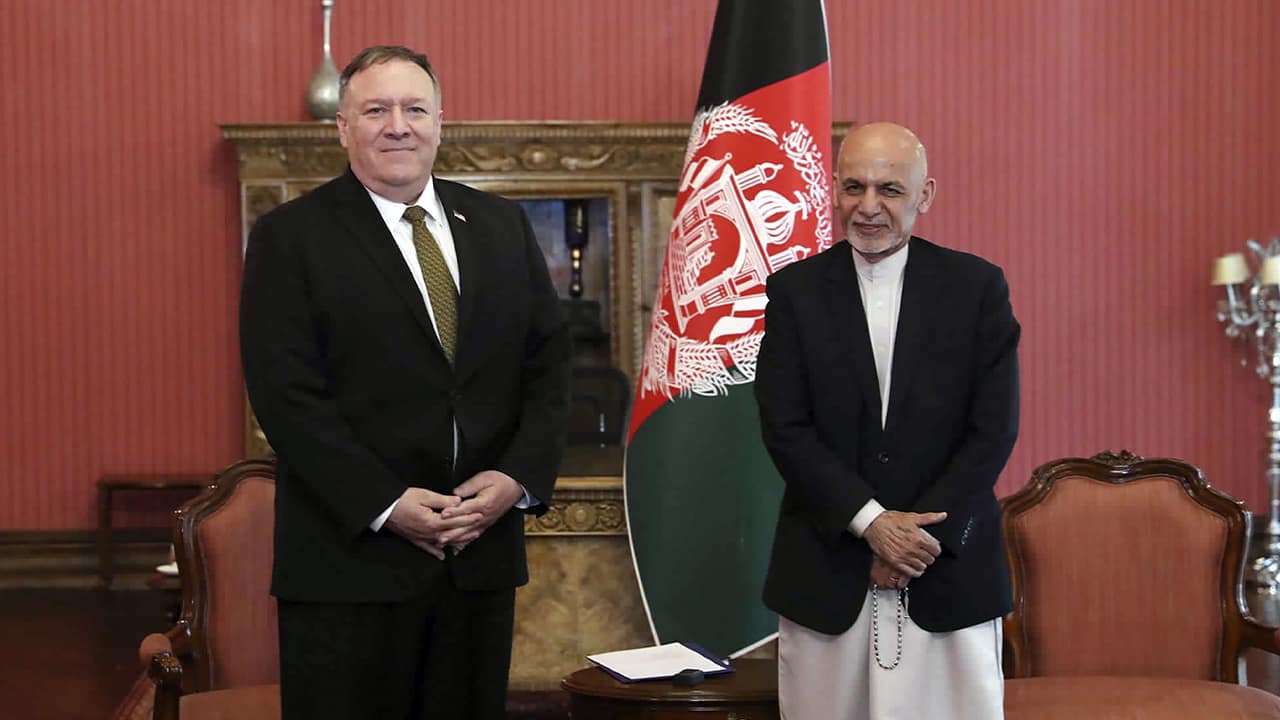 KABUL, Afghanistan — After months of deliberation, Afghan President Ashraf Ghani on Friday announced his 21-member team to negotiate peace with the Taliban, only to have his political opponent reject it as not inclusive enough.

Ghani’s 21-member team is led by the Masoom Stanikzai, former head of Afghanistan’s intelligence agency, who was forced to resign last year. He quit after a CIA-trained team under his command was found to have killed four brothers they falsely accused of being Islamic State operatives.
The special forces unit known as Unit 02 still operates despite reports of abuses, including one last year by the Human Rights Watch, which documented what it says are mounting atrocities by U.S.-backed Afghan special forces.
Abdullah seeks a power-sharing deal with Ghani, something the Afghan president has so far rejected. Abdullah accuses Ghani of being unwilling to compromise while Ghani says his rival’s power-sharing demands will require a constitutional change and that can come only by holding a loya jirga, or grand council, of all Afghans.
In a televised speech a day after Pompeo’s visit, Ghani dismissed the threat of funding cuts and claimed that Afghanistan can manage without the $1 billion in U.S. aid.
Despite 18 years and billions of dollars in international aid, Afghanistan remains desperately poor. The poverty level soared from 35% of the population in 2012 to more than 55% last year. Poverty level counts those who survive on $1 or less a day. Successive Afghan governments, including Ghani’s, have been accused by international watchdogs of widespread corruption.

Meanwhile, Taliban political spokesman Sohail Shaheen said the group would send four members to the U.S.-led coalition base in Bagram, north of Kabul, to oversee the release of their prisoners, also part of the deal signed with the U.S.
That deal calls for the release of 5,000 Taliban and 1,000 government personnel and Afghan troops held captive by the Taliban.
The visit to Bagram will be the first time Taliban representatives have officially visited Afghanistan since being thrown out of power in 2001 by the U.S.-led coalition after they had sheltered al-Qaida leader Osama bin Laden.
Meanwhile, the Afghan government Friday ordered a three-week lock-down for Kabul to stem the spread of the new coronavirus. Pharmacies and grocery stores will be allowed to open. Earlier, authorities imposed a lockdown in western Herat province, where nearly 200,000 Afghans had passed through on their return from Iran since the start of the year, on their way to their homes across the country.

Herat borders Iran, which has been hardest-hit in the region by COVID-19, the disease caused by the coronavirus. Afghanistan has so far recorded just 91 cases and four deaths but the tens of thousands returnees from Iran have dispersed throughout the country without being tested or having their whereabouts recorded.


Afghanistan has so far recorded just 91 cases and four deaths but the tens of thousands returnees from Iran have dispersed throughout the country without being tested or having their whereabouts recorded.
Afghanistan’s health care system, already devastated by decades of war, would be overwhelmed by a major outbreak.
Also Friday, the Taliban were handing out soap and face masks in northern Badghis province, in areas under their control, according to images circulated on social media. Taliban spokesman Zabihullah Mujahed said their prayer leaders were also explaining safety measures to the public and how to protect against the virus.
In a Pashto-language statement, the Taliban said they have carried out public awareness campaigns in four provinces of northern Afghanistan, distributing face masks, soap and pamphlets telling the faithful that it was a religious duty to to keep themselves and their environment clean.