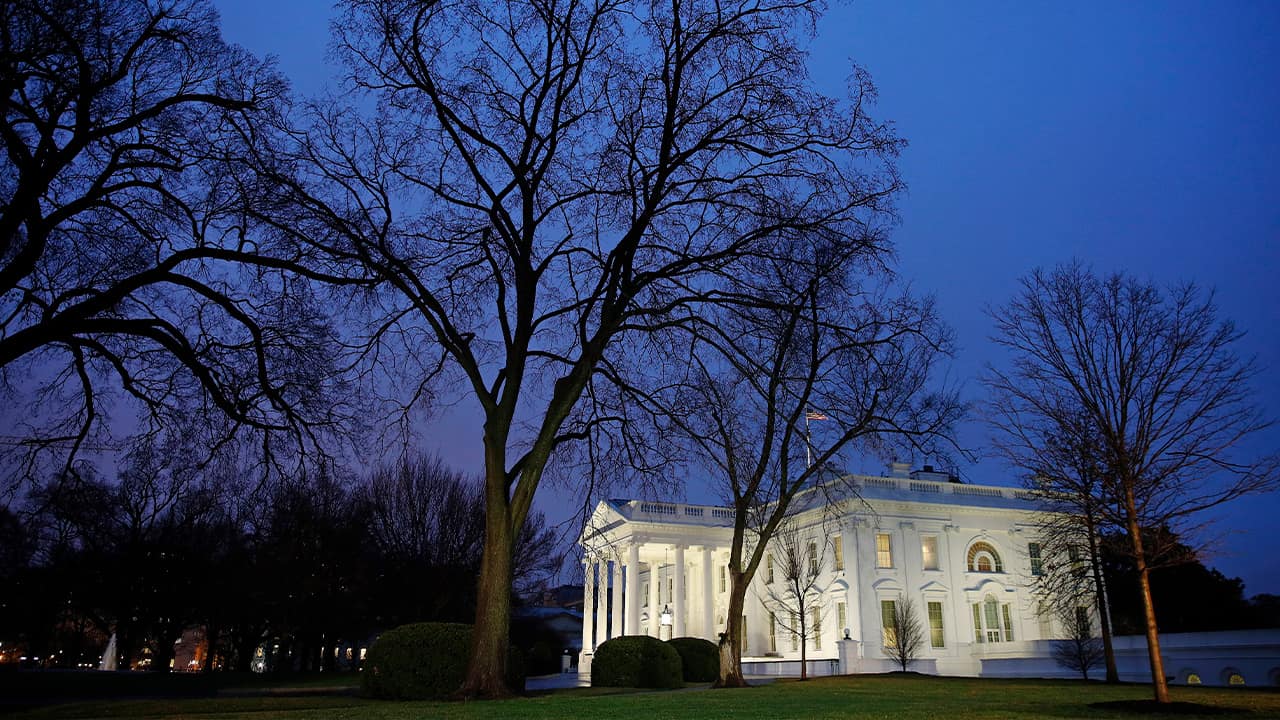 WASHINGTON — The coronavirus pandemic and the nation’s crashing economy are scrambling the themes both major political parties thought would carry them to victory in November for control of the White House and Congress. “In times like this, we must work together,” Collins, who faces a competitive November reelection in a state that prizes independence, tells the camera.
More are coming.
Priorities USA, the largest outside Democratic political organization, planned to start ads Tuesday in election battlegrounds Florida, Michigan, Pennsylvania and Wisconsin. The spot plays Trump’s own words, including, “We have it totally under control,” as a bar graph displays the skyrocketing number of coronavirus cases.
The spot ends as “AMERICA NEEDS A LEADER WE CAN TRUST” is displayed against a black background.
GOP operatives say Republican candidates must emphasize rallying behind the effort to battle the twin crises.
“The message is, ‘We all need to come together, support the president and vice president and do all we can to fight the virus,’” Republican strategist John Feehery said. “Throw everything else out the window.”
The Democratic Congressional Campaign Committee provided a memo last week offering guidance to its candidates.
“Remind followers through your actions that you take this seriously and would be a calm voice through crisis,” the House Democratic political arm said in the guidance obtained by The Associated Press.
It urged candidates to discuss the significance of health care access and affordability — issues that helped the party capture House control in 2018. It suggested asking voters, “How are you doing?” and “Do you need anything” during phone calls.

It’s Hard to Get People’s Attention

Among the first to test the new political world will be two rivals for an open seat in a narrowly divided House district in Los Angeles’ northern suburbs.


“Patriotism alone doesn’t set food on people’s tables.” — Christy Smith, a state assemblywoman
Republican Mike Garcia and Democrat Christy Smith face a special election in May, when voters seem certain to still be focused on the virus and the battered economy. As elsewhere, efforts to curb the infection’s spread means campaign phone calls and digital communications are replacing public events.
Both concede it’s hard to get people’s attention, but each said they are already sharpening their appeals to voters.
During tough times, people “remember what the important things are, and that’s God, country and family,” Garcia, a Trump supporter and former Navy fighter pilot, said in an interview. “We’re all on the same team.”
“Patriotism alone doesn’t set food on people’s tables,” said Smith, a state assemblywoman. She said that Trump’s virus response has put the U.S. “woefully behind” the infection and that it’s time for “a reckoning on what effective government looks like.”
Both parties say it’s too early to know if the virus will be contained and the economy resuscitated by the time voters focus on the fall campaigns — and whether they’ll blame or laud Trump and the GOP for the outcome.
Either way, Trump is casting himself as a wartime president in hopes of garnering the broad public support that usually goes to national leaders in times of crisis.
His reelection campaign has been using the emergencies in fundraising appeals that offer supporters autographed “Keep America Great” hats. “Our country is facing unprecedented times right now and President Trump is working around the clock to keep our Nation and its citizens safe,” his emails say. A Call for Better Health Care

Biden used a fundraiser, held by phone, to swipe at Trump, who’s made numerous false statements about the virus, including on its seriousness and the availability of tests.
“We need to tell the American people the truth, the unvarnished truth,” Biden said.


“We need to tell the American people the truth, the unvarnished truth.” — Joe Biden
“Look what we have in the White House right now,” said Rep. Cheri Bustos, D-Ill., using that same theme. Bustos, who heads House Democrats’ campaign arm, cited Trump’s lashing out at reporters during new briefings and said, “We all look for leaders to lead in a crisis.”
Democrats are also using the virus’ spread to reprise their call for better health care.
House Speaker Nancy Pelosi and other Democrats marked Monday’s 10th anniversary of President Barack Obama signing his health care overhaul into law. “We couldn’t need it more” than during this pandemic, Pelosi told reporters about the statute. She blamed Trump for making “mistake after mistake after mistake after mistake” in handling the outbreak.
And on the Senate floor Monday, Majority Leader Mitch McConnell, R-Ky., underscored something both parties will be looking for: ways to taint the other for using the life-altering crises to seek political gain.
McConnell accused Democrats of viewing the chamber’s blocked economic bill as “a juicy political opportunity” and trying to stuff it with environmental requirements and other priorities.
“Are you kidding me? This is the moment to debate new regulations that have nothing to do with this crisis? That’s what they’re up to over there,” he said.
Still, Republicans concede the party faces a huge downside should the virus remain uncontrolled.
“If we become Italy,” said the consultant Mackowiak, citing the country with the highest death toll so far, “there’s no question the party in power would pay a political price for that. Absolutely no question.”

Fresno County Jumps to 13 COVID-19 Cases, Increasing by 5 on Monday