A man arrested in a February drunk driving collision that killed the dean of students at Tulare Western High School has been charged with second-degree murder.

Almaguer faces multiple charges, including driving with a suspended license. 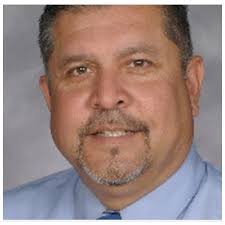 Rudy Carrasco, 49, died in the Feb. 26 crash that police said Almaguer caused by running a stop sign and broadsiding Carrasco’s vehicle at H Street and San Joaquin Avenue in Tulare.

Carrasco, a Woodlake resident, later died at a hospital.

A blood sample taken from Almaguer indicated that his blood-alcohol count was .13%, well above the legal limit for driving of .08.

Last month, Almaguer pleaded to a DUI that happened in December of 2018. Almaguer received three years’ probation, and as part of his sentence, he was told that if he killed someone while driving drunk or high, he could be charged with murder.

The Bulldogs and their fans honored her father’s memory and contributions to education with a standing ovation at a recent game.