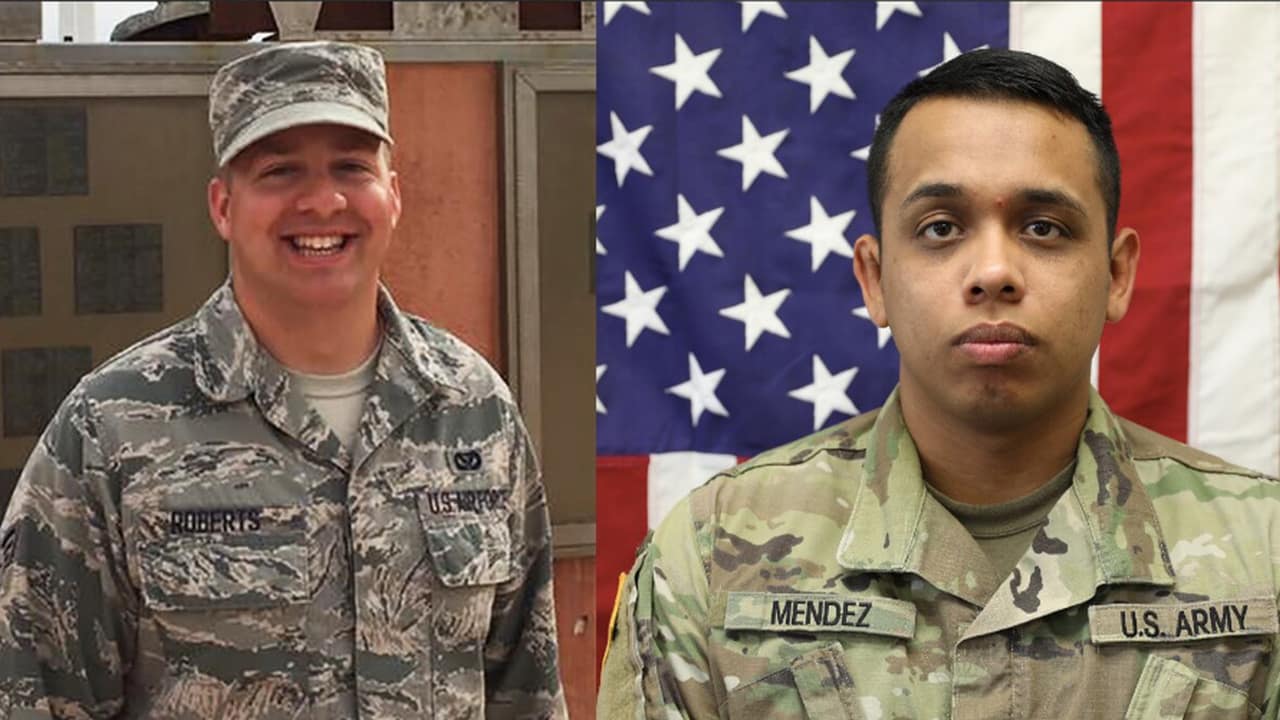 Army Spc. Juan Miguel Mendez Covarrubias, 27, of Hanford was one of two U.S. servicemen killed Wednesday when a barrage of rockets was fired at a military base in Iraq, U.S. officials said
Air Force Staff Sgt. Marshal Roberts, 28, of Owasso, Oklahoma was also killed, as well as a British service member — 26-year old Lance Corp. Brodie Gillon.
An Army spokesman said in a statement that about 18 107mm Katyusha rockets struck the Camp Taji base about 17 miles north of Baghdad.  Such Russian rockets have been used in the past by Iranian-backed militia groups in Iraq.
The U.S. launched retaliatory airstrikes Thursday.

Mendez Covarrubias Joined the Army in 2018

The U.S. Department of Defense said Mendez Covarrubias was assigned to 1st Battalion, 227th Aviation Regiment at Fort Hood, Texas. He entered the Army in June 2018 as a signal support systems specialist.
Roberts was a member of the 219th Engineering Installation Squadron of the Oklahoma Air National Guard.
Gov. Gavin Newsom issued a statement praising Mendez Covarrubias, “who bravely gave his life in service to our state and nation.”
“The Governor and First Partner extend their deepest condolences to his family and friends at this difficult time,” the statement said.

Mendez Covarrubias’ battalion commander also extended condolences to the family of the fallen soldier, who he called a “cherished” member of the unit.
His awards and decorations include the Global War on Terrorism Medal, National Defense Service Ribbon, and Army Service Ribbon.
“The regiment and his fellow Soldiers are grieving the loss of a true warrior,” said Lt. Col. Adam S. Camarano. “Command Sergeant Major Travis Eicher and I would like to express our most sincere condolences to the family and friends of Specialist Mendez Covarrubias. His loss is felt across our formation and he will not be forgotten.”
His comments were echoed by the commander of coalition to defeat the Islamic State. “The international military coalition is capable and credible because of warriors like Juan, Brodie, and Marshal,” said Lt. Gen. Pat White, commanding general of Combined Joint Task Force-Operation Inherent Resolve.
“They volunteered to serve the United States and United Kingdom to improve their lives and help keep the world free from ISIS terrorism. Our fallen comrades have a legacy that will never be forgotten.”
There are an estimated 5,000 American troops and about 400 U.K. soldiers in Iraq, training Iraqi and Kurdish security forces.
GV Wire contributed to this report.

Related Topics:HanfordIraqU.S. Army
Up Next