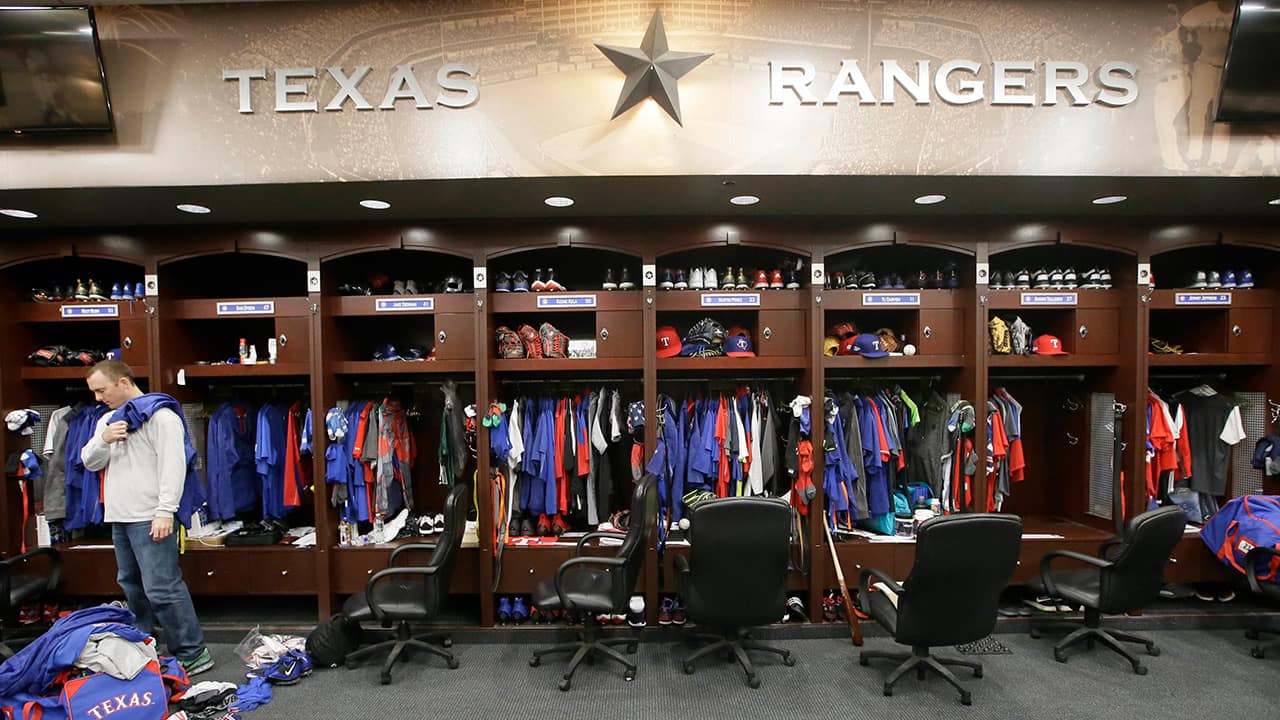 MIAMI — The NBA, NHL, Major League Baseball and Major League Soccer are closing access to locker rooms and clubhouses to all nonessential personnel, including media, in response to the coronavirus crisis, the leagues announced in a joint statement Monday night.

The Vast Majority of People Recover From the New Virus

“No disrespect, but that’s the last thing I’m worried about,” Nuggets coach Michael Malone said prior to Denver’s NBA game against Milwaukee on Monday night.
“I think it’s dangerous for everybody,” Rangers pitcher Edinson Volquez said. “Somebody could have it, you talk to a guy, you go home, maybe you transfer that to your kids and wife and family. So I think it’s a good idea for now. Probably later, hopefully we can get together again. But for now, we have to take care of that.”
For most people, the new coronavirus causes only mild or moderate symptoms, such as fever and cough. For some, especially older adults and people with existing health problems, it can cause more severe illness, including pneumonia.
The vast majority of people recover from the new virus. According to the World Health Organization, people with mild illness recover in about two weeks, while those with more severe illness may take three to six weeks to recover. In mainland China, where the virus first exploded, more than 80,000 people have been diagnosed and more than 58,000 have so far recovered.
“Roses are red, Violets are blue, Wash your hands! WASH YOUR HANDS!” Enes Kanter of the Boston Celtics wrote on Twitter.
Meanwhile, there is already a clear sense of the new normal in the U.S.
The Miami Heat held their annual gala at a theater in Miami Beach on Monday night, albeit a bit differently than usual. The team’s three NBA championship trophies were near the entrance — with someone standing by with a bottle of hand sanitizer. And guests, when they arrived, were offered champagne by some attendants, more hand sanitizer by others. FILE – In this April 29, 2015, file photo, Baltimore Orioles’ Caleb Joseph connects for a single against the Chicago White Sox in Baltimore. Jeff Samardzija pitched for the White Sox in the game at Camden Yards closed to fans because of rioting in Baltimore prompted by the death of Freddie Gray, a 25-year-old black man who died in police custody. U.S. sports leaders are now weighing whether to bar fans from ballparks and stadiums to help stall the coronavirus outbreak. (AP Photo/Gail Burton, File)

“Until the league says something else, we are business as usual with a tremendous amount of caution and prevention to make sure everybody’s safe,” Heat President Pat Riley said Monday night. “But also, educating them that they’ve got to do the same thing.”


“Until the league says something else, we are business as usual with a tremendous amount of caution and prevention to make sure everybody’s safe. But also, educating them that they’ve got to do the same thing.” — Heat President Pat Riley
The NBA held a call with team medical staffs later Monday night and scheduled a Wednesday call between league officials and team owners to discuss next steps. The NBA told teams last week to prepare for the possibility of playing games in empty arenas, something the game’s biggest star — Los Angeles Lakers forward LeBron James — insists he does not want to see.

“I doubt that that’s going to happen,” Riley said. “But you have to be prepared.”
It could happen in at least one NHL arena. Late Monday, California’s Santa Clara County announced a ban of all large gatherings of at least 1,000 people for the rest of the month. The policy would affect three San Jose Sharks home games, and the Sharks said in a statement they are reviewing their options. The team could play the games without fans, find a neutral site or play the games on the road.
MLB officials, like the NBA, held a conference call with all 30 of their franchises on Monday to discuss the new policies. All four leagues — and the NFL, which has been involved in the talks but isn’t part of this policy since no teams are currently holding practices — are collecting information from the CDC and Canadian health officials, even as the situation changes almost on an hour-by-hour basis.

More Than 113,000 People Worldwide Have Tested Positive for the Disease

“We are regularly conveying the guidance from these experts to clubs, players, and staff regarding prevention, good hygiene practices and the latest recommendations related to travel,” MLB said in a statement. “We are continuing to monitor developments and will adjust as necessary. While MLB recognizes the fluidity of this rapidly evolving situation, our current intention is to play Spring Training and regular season games as scheduled.”
More than 113,000 people worldwide have tested positive for the disease and over 3,900 people with the virus have died, most of them in China. More than 62,000 people have already recovered. The virus has infected 600 people in the United States — including the director of the agency that runs the airports in New York and New Jersey — and at least 26 have died, most in Washington state.
The Pro Basketball Writers Association quickly responded to the leagues’ announcement by saying its membership “believes the safety of fans, players, team employees, arena workers and the media who cover the league must be protected. Our thoughts are with all people who already have been adversely impacted by the virus.
“Therefore, we understand the NBA’s decision to temporarily close locker rooms to everyone but players and essential team personnel with the NBA’s promise that once the coronavirus crisis abates, the league will restore full access to the journalists who cover the league.”
Some NCAA Division III men’s basketball games this past weekend were played without crowds because of concerns over the virus. At least one college hockey playoff series this coming weekend in Troy, New York, between RPI and Harvard also will be played without fans.