Voting Update: Dyer Over 50%, but His Lead Shrinks 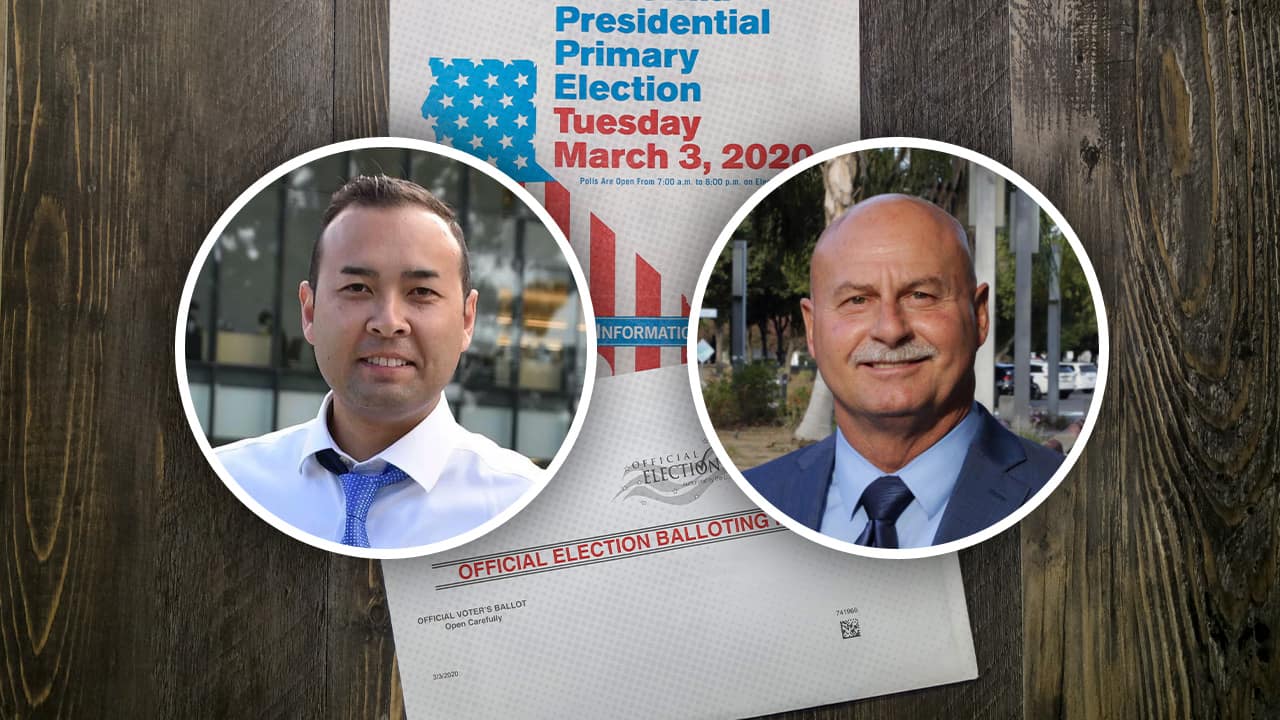 The latest update of election results Friday showed that the race for Fresno mayor has tightened.
After counting 50,000 of the approximately 80,000 outstanding countywide ballots, Jerry Dyer leads at 52.17%, a much slimmer margin than on election night.
Tyler Maxwell’s bid for the Fresno City Council remains on target, just as it did after Election Night returns.

Listen to this article:
And, a school bond for Fresno Unified appears to have passed.
The next vote count update will be Wednesday afternoon.

In the only contested city council race on the ballot, Maxwell maintained his election night lead of about 6 percentage points over Nathan Alonzo.
With 3,000 more votes counted, Maxwell — an aide to Fresno City Councilman Nelson Esparza — holds a 52.62% to 47.38% edge.
GV Wire estimates that Maxwell would need to pick up 37% of the remaining vote to keep his advantage.
“Today’s results reflect the hard work of our team over the past year, as well as the district’s desire to see change. This was not a victory for Tyler Maxwell, this was a victory for Fresno’s working-class families that have been historically left behind,” Maxwell told GV Wire. “I commend my opponent on a campaign well fought. I look forward to continuing to serve our Central Fresno families in my new capacity as Councilmember.”

Only one of the school bond construction measures for a district in Fresno appears to be passing.
Local bonds need 55% to pass.
Measure M, to raise $325 million for Fresno Unified, is virtually certain to pass.
With nearly 17,000 more ballots added, Measure M leads 59%-41%. That is about one point higher than on Election Night.
Two others, Clovis Unified’s Measure A — valued at $408 million — and Central Unified’s Measure C — $120 million — continue to trail.
Measure C is on the cusp, but still under the 55% mark at 54.20% in favor after nearly 4,000 more ballots were counted.
The Clovis Unified measure continues to be under the threshold for passage. With more than 15,000 additional votes tallied, the measure stands at 49% yes.

Turnout, with the remaining votes added in, will be at 42%, nearly the same as the last presidential primary in 2016. The estimated 200,000 voters exceeds the 2016 raw number.
“I really expected a higher turnout with the national interest, Super Tuesday, the expanded voting opportunity. I was really hoping for more turnout than that. I do think we will get more turnout in November,” Fresno County Clerk Brandi Orth told KSEE’s Sunday Morning Matters in an interview that will air Sunday.
This is the first Fresno County election under the Voters Choice Act system. Instead of hundreds of neighborhood precincts open only on Election Day, 53 voting centers were spread throughout the county, along with 43 drop boxes. The centers were open for early voting four-to-10 days before the election.
Additionally, every registered voter received a vote-by-mail ballot automatically. Before, only those who requested absentee ballots received them through the mail. Plus, all mail-in ballots could be returned postage-free.

21 Positive for Coronavirus on Cruise Ship Off California