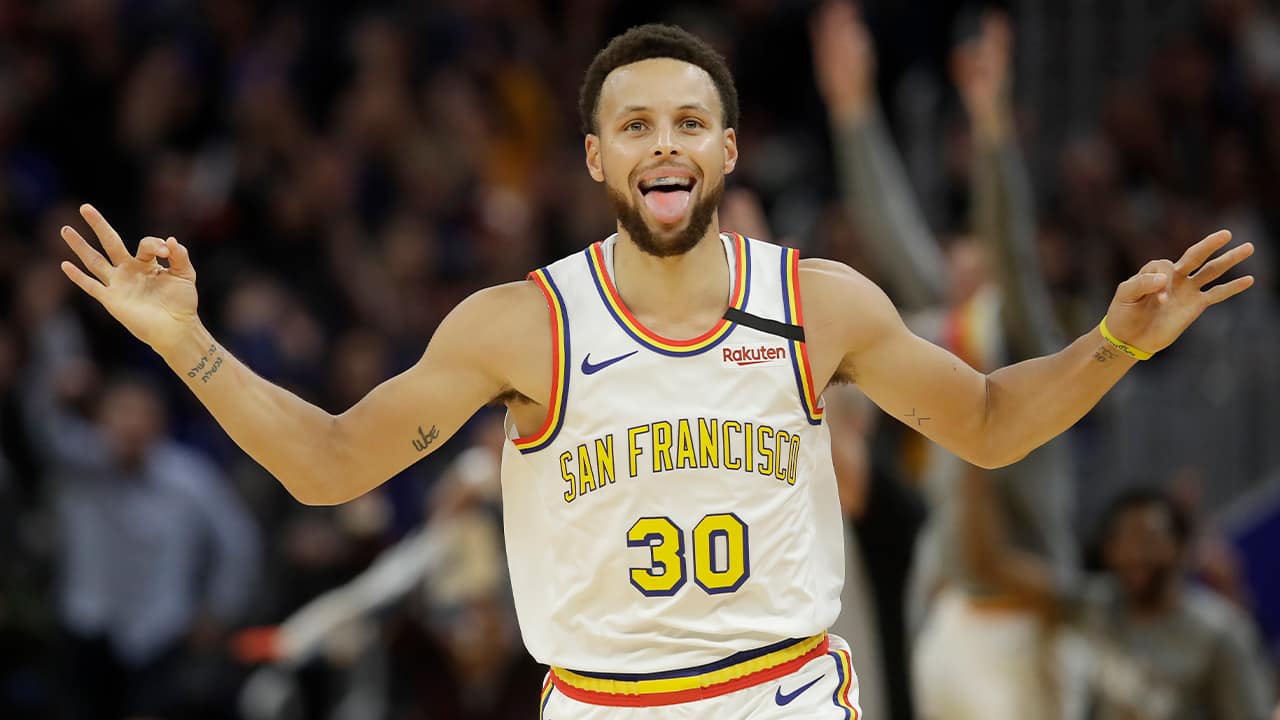 SAN FRANCISCO — Stephen Curry seemed every bit himself after a four-month layoff, save for a little long-range rust.
“He looks exactly the same to me,” coach Steve Kerr said. Serge Ibaka Had 13 Points and 13 Rebounds

“It was a cool vibe, competing like that,” he said.
Norman Powell scored a career-high 37 points for Toronto, which won in a rematch of last year’s NBA Finals. The Raptors won that series in six games, finishing with a victory in Golden State’s final game at its old arena in Oakland.
Kyle Lowry added 26 points and 10 assists, Serge Ibaka had 13 points and 13 rebounds, and Pascal Siakam had 17 points for the Raptors, who won at Phoenix on Tuesday night to end a three-game losing streak.
“Knowing that Steph was coming back, we knew it was going to be a great night, a great atmosphere,” Lowry said. “One of the best players in the league was coming back from injury, we were a little more focused and concentrated on him, but coming in here, it’s a great regular-season game.”
Damion Lee scored 23 points with five 3-pointers, and Marquese Chriss had 17 points and 12 rebound for the Warriors, who have lost 10 straight at home.
Curry was the only Golden State player in uniform who also played in last year’s Finals — a fact that hit him during warmups, when none of his teammates harmonized with his strict pregame routine.

Curry Checked Back in With 3:51 Left

They jelled better after tipoff. Curry connected a few times with Wiggins, acquired from Minnesota in February. Toronto swarmed Curry when he had the ball, and Wiggins was the biggest benefactor with 21 points. Curry practiced Monday with the G League Santa Cruz Warriors, then was recalled later in the day in a most anticipated promotion. His return to action came without most of his familiar supporting cast — Draymond Green missed his fourth straight game with a left knee injury, and Klay Thompson remains out with a torn left ACL.
“To me, it feels like it’s on again,” Kerr said. “We’re now through the woods, as I said before the game, and we can start looking ahead and using these games to prepare ourselves to try to reach a higher level of play.”
“That’s the nature of the season,” echoed Curry. “We’re trying to build something new.”

Raptors: Toronto had lost 13 of its last 14 on the Warriors’ home court. … The Raptors are 8-3 on the road vs. the Western Conference. … The Raptors are the only opponent that swept the season series from the Warriors last season.
Warriors: Golden State hasn’t won at home since beating Orlando 109-95 on Jan. 18. They 7-25 at home overall and 2-9 against the Eastern Conference. … The 10-game home losing streak is Golden State’s longest since an 11-game skid in 1997-98. … The Warriors attempted a franchise-record 52 3-pointers, topping their 49 heaves on Jan. 16, 2019 against New Orleans.

Raptors: Visit the Kings on Sunday night.
Warriors: Host the 76ers on Saturday night having lost 115-104 at Philadelphia on Jan. 28.