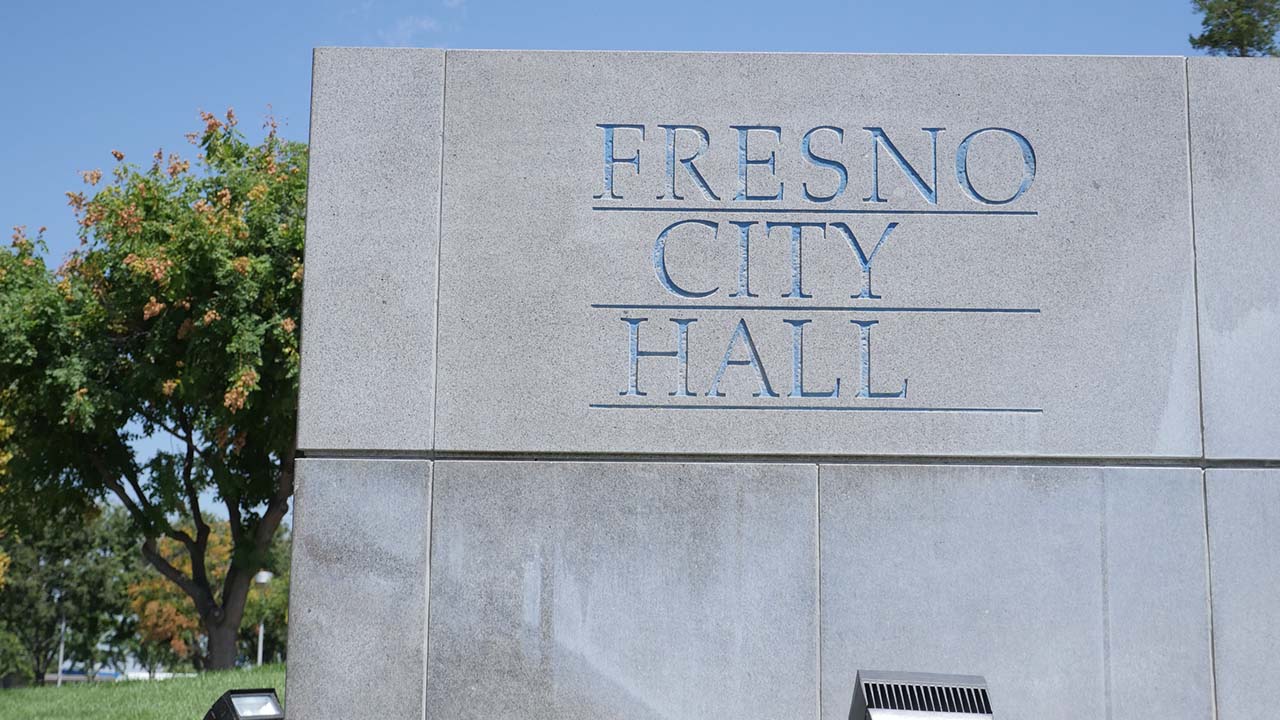 What is the effect of Tyler Maxwell’s almost-official election to the Fresno City Council?
Those saying Maxwell brings a Democratic supermajority to the council are wrong. The board is already six Democrats and one Republican (District 6’s Garry Bredefeld). That won’t change, as Maxwell would replace fellow Dem Paul Caprioglio.

The main result is that it gives the progressive block a four-vote majority. Maxwell would join Miguel Arias, Esmeralda Soria, and Nelson Esparza in the most left-leaning board in decades.
Maxwell currently works as a staffer to Esparza. Their adjoining districts share the same challengers, mainly homelessness and conditions of local parks. Conventional wisdom suggests they will be alike in legislative matters.
While four votes are powerful, it takes five votes to make legislation veto-proof — especially if conservative-leaning Jerry Dyer retains his lead for mayor.

Moderate Dems Will Be Swing Votes

Do moderate Democrats Luis Chavez and Mike Karbassi gain power in a new lineup that includes Maxwell?
Karbassi has only seven months’ experience, having won a special election last August. Will he be able to flex his muscles during his first budget process in June? While campaigning last year, Karbassi vowed to only support a budget that increased police officers.
Chavez has joked in the past that he is the swing vote. In 2021, he is in line to serve as president through the council’s rotational system.
Serving as a president would give Chavez a role in setting the agenda and presiding over the meeting. But, the mayor’s office has a strong say in what makes the agenda each week.
Could there be a scenario where a progressive councilmember removes a mayoral item, and there aren’t the votes to restore it?
The next council year could be either full of cooperation and compromise, or city gridlock. The Fresno County Democratic Central Committee will have a new look based on Tuesday’s election, with eight incumbents on the losing end, including party chairman Andy Hansen-Smith.
The committee is made up of 23 members across five voting districts (along Fresno County Board of Supervisor lines). Voters could choose multiple candidates in their district. The party’s chair is chosen among the group.
Hansen-Smith appears to be out, currently in seventh place in District 3, where the top-four members make it. That would mean the party would need to choose a local chair.
The man Hansen-Smith succeeded as chair, Michael D. Evans, also appears to be on the outs. Evans, who now works for the state party, is eighth in the District 2 race where the top six make it, trailing the sixth-place finisher Alex Ramos-O’Casey by 230 votes.
Ramos-O’Casey, who is the Central Valley field director for the Bernie Sanders presidential campaign, would be a newcomer to the board.
Other notable newcomers include three Democrats already holding elected office: Fresno City Councilman Nelson Esparza, State Center Trustee Annalisa Perea, San Joaquin City Councilman Jose Ornelas, and Kingsburg councilwoman Jewell Hurtado.
Emily Cameron, a member of the Fresno chapter of Democratic Socialist America, as well as Fresno Teachers Association member and active Twitter opiner Jon Bath, also lead in their respective races.

Sorting out Tuesday’s results led to a misnomer of Bernie Sanders “winning” California. While California awarded 415 pledged delegates, it’s was not winner-take-all. The Democrats’ system of awarding delegates makes the Electoral College seem like nursery school.
Things are awarded proportionally as long as a candidate reaches 15%. And, the state is subdivided into 54 mini-races — one statewide, and one for each of the 53 congressional districts which award delegates in an equally complex mathematical formula based on population and Democratic voter turnout.
In the Central Valley, three of the four districts touching Fresno County awarded four delegates each. District 4, represented by Republican Tom McClintock, awarded five.
Through the latest update from the Secretary of State, despite Bernie Sanders winning in each congressional district, he would pick up no more than two delegates in each district. Michael Bloomberg hovered around the magical 15% number in each district, above in two districts and below in the other two.
Here is how the current delegates to the Democratic National Convention this summer in Milwaukee play out (with the vote percentage in each district):
District 4: Sanders (24.5%) 2; Joe Biden (24.4%) 2; Bloomberg (16.7%) 1
District 16: Sanders (37.5%) 2; Biden (24.1%) 2; Bloomberg (14.2%) 0
District 21: Sanders (38.6%) 2; Biden (24.1%) 2; Bloomberg (15.4%) 1
District 22: Sanders (32.6%) 2; Biden (25.8%) 2; Bloomberg (14.6%) 0
Statewide: Sanders (33.7%) 83; Biden (25.1%) 61 Bloomberg (14.1%) 0
The process of how the party actually selects the delegates to vote in Milwaukee is another complicated, convoluted process. They will be picked at the local and state levels in coming months.

Governor Appoints Sheriffs to Air Board

Gov. Gavin Newsom reappointed Alexander Sherriffs to the San Joaquin Valley Air Pollution Control District. The board sets air pollution standards for the region, and has the power to add fees to vehicle registrations (which provides 24% of the agency’s budget).
Sheriffs, a Democrat, has served the district since 2011. He is a health science clinical professor at UCSF Fresno, as well as a physician.
The governor gets to make two picks on the 15-member board. Sherriffs’ appointment is subject to state Senate confirmation.