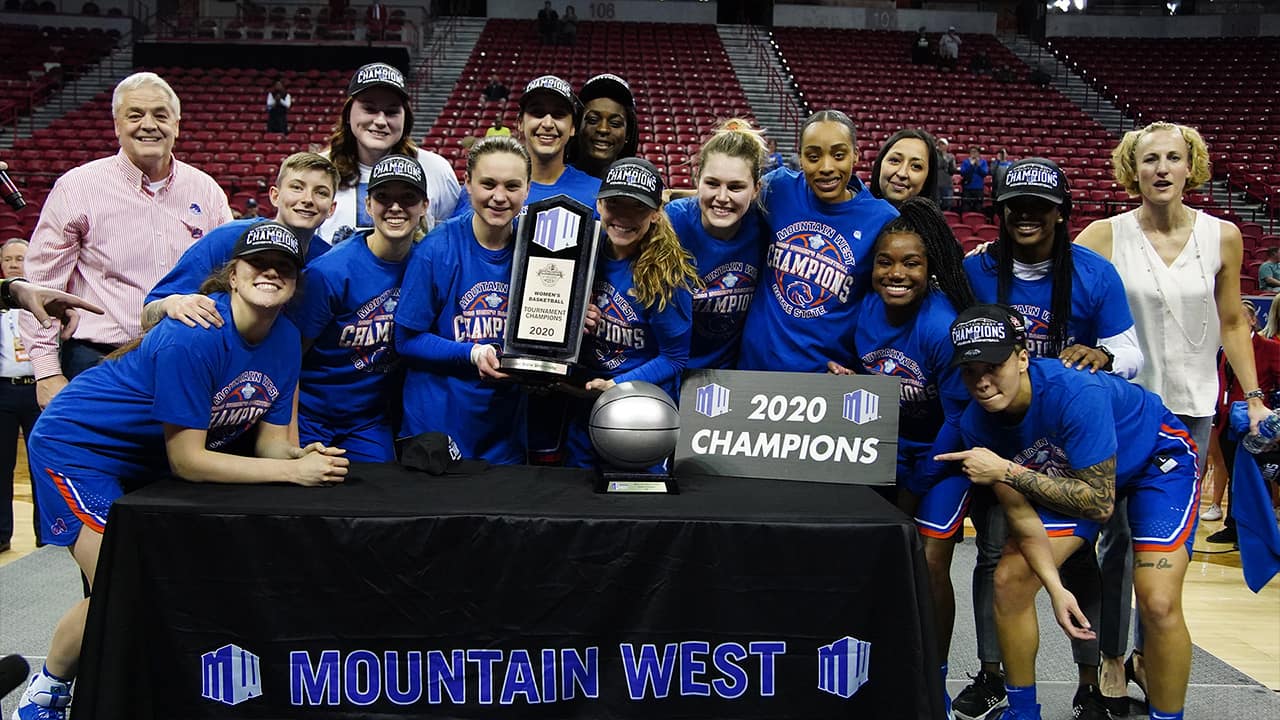 LAS VEGAS — Jade Loville scored 20 points off the bench, including five-straight late in overtime, and Boise State became the first team to qualify for the NCAA Tournament, knocking off Fresno State 80-76 on Wednesday night to win an unprecedented fourth-straight Mountain West Conference championship.
“I’m so happy that it all fell into place,” said Loville, a 5-foot-10 junior guard from Sammamish, Washington. Fresno State now awaits Selection Monday (March 15) to see if it receives an at-large berth in the NCAA Tournament. By winning the Mountain West regular-season title, the Bulldogs have earned the league’s automatic bid to the Women’s National Invitation Tournament.
The boxscore is at this link.

Brayden Hodgins also had 20 points for second-seeded Boise State (24-9) and A’Shanti Coleman added 16, though both fouled out in the fourth quarter. Ellie Woerner scored 10 off the bench, Christopher had 10 assists — the Broncos had helpers on their first 18 baskets into the third quarter and finished with 25 on 29 field goals — and Mallory McGwire snared 13 rebounds.
The freshmen Cavinder twins both had 17 points, as did Aly Gamez for top-seeded Fresno State (25-7), which won its first-ever MWC regular-season crown. Conference Player of the Year Maddi Utti added 16. Gamez had nine rebounds, the other three had seven each.
Boise State scored the first basket of the fourth quarter for a nine-point lead, the largest of the night for either team. Fresno State made its first seven shots of the fourth quarter to pull within one. The Bulldogs went ahead 65-64 as Gamez, who had 12 points in the quarter, made two free throws when Hodgins fouled out with 3:01 to play. That was part of a 9-0 run and was the first lead for Fresno State since midway through the second quarter.
Boise State, which also won the tourney in 2015 and shared the three-peat with New Mexico (2003-05), regained the lead but Haley Cavinder hit a long 3-pointer with 7.6 seconds left to tie the game at 71. Christopher’s contested layup at the buzzer rolled off the rim.