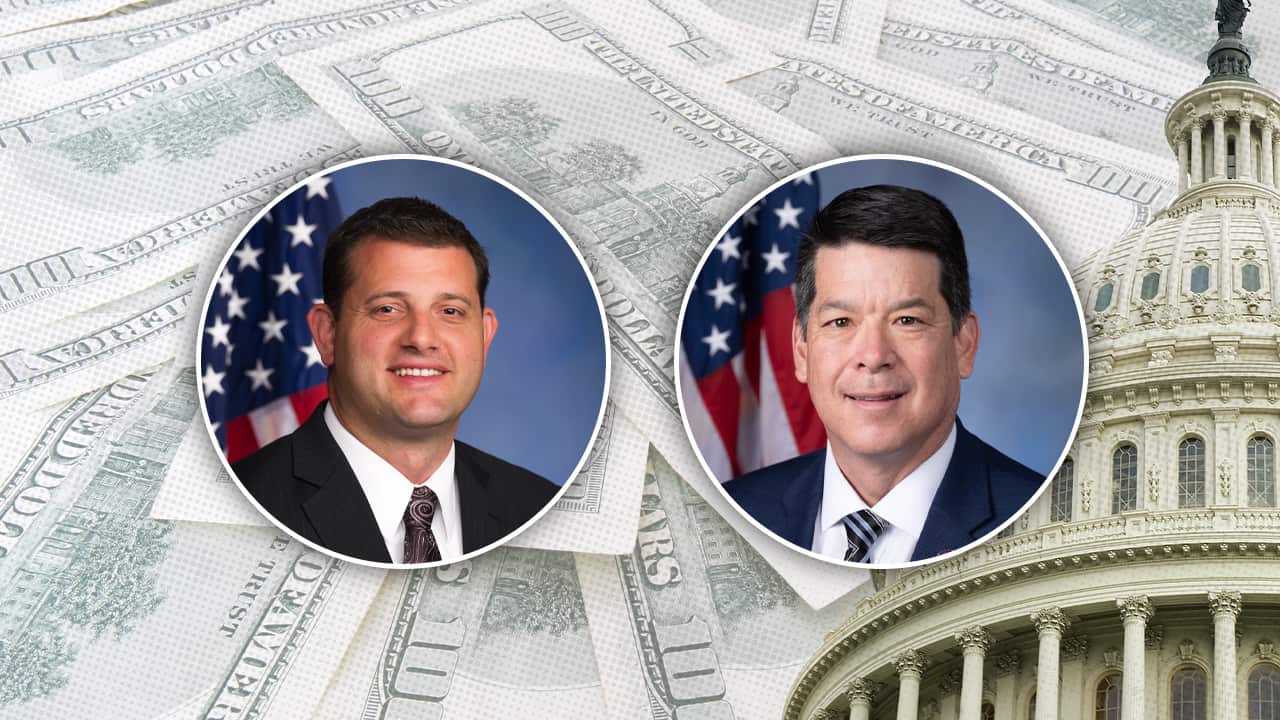 Former Congressman David Valadao was the top vote-getter in Tuesday’s 21st District primary and again will go toe-to-toe against Democrat Rep. TJ Cox in the November run-off.
With 100% of precincts reporting at least partial vote counts as of 9:07 a.m. Wednesday, Valadao had captured 53.1% of the electorate while Cox had 36.1%.

Listen to this article:
In 2018, Valadao, a Hanford dairyman, won 62.8% of the vote in the primary and Cox, a Fresno businessman, had 37.2%.
Cox then ousted Valdadao from his congressional seat by just 862 votes. In that contest, the vote counting dragged on for weeks.
Democrats hold about a 17% voter registration edge over the GOP in the district, which covers Kings County and parts of Fresno, Tulare, and Kern counties.

Big Money Could Pour Into Campaigns

The seat is one of several in California targeted by Republican leadership in their efforts to retake control of the U.S. House of Representatives. Thus Valadao is likely to receive strong funding from the party and the House’s top Republican fundraisers.
Meanwhile, the Democrats likely will counter with ample financial support in efforts to re-elect Cox and ensure that Rep. Nancy Pelosi remains Speaker of the House.

What the Candidates Say

“We all know this race will be decided in November,” Cox said in a statement Wednesday morning. “Remember, just two short years ago Mr. Valadao beat me in the primary by 26 points. We went on to victory in the general election by out-working him, by being in the community, listening to the voters’ needs, and promising to make a real difference in their lives.”
Valadao said Tuesday night that he was “honored to have earned the vote of so many voters across the Central Valley.”
Looking ahead to the general election, Valadao said, “From water to trade to the economy, everywhere I go voters want politicians to put aside the partisan fights and get to work on the issues that matter.  That’s exactly what I plan to do.  I look forward to earning voters’ support again in November.” Nunes Will Face Arballo in November

In California’s 22nd Congressional District race, Rep. Devin Nunes, R-Tulare, commanded 59% of the vote Wednesday morning in a field with four challengers.
Democrat Phil Arballo trailed with 23.5%, followed by Democrat Bobby Bliatout with 11.5%.
Democrat Dary Rezvani was at 2.9% and independent candidate Eric Garcia had 2.6% with 100% of precincts reporting at least partial counts.
Voters first sent Nunes to Congress in 2002, and the district is considered a Republican stronghold.