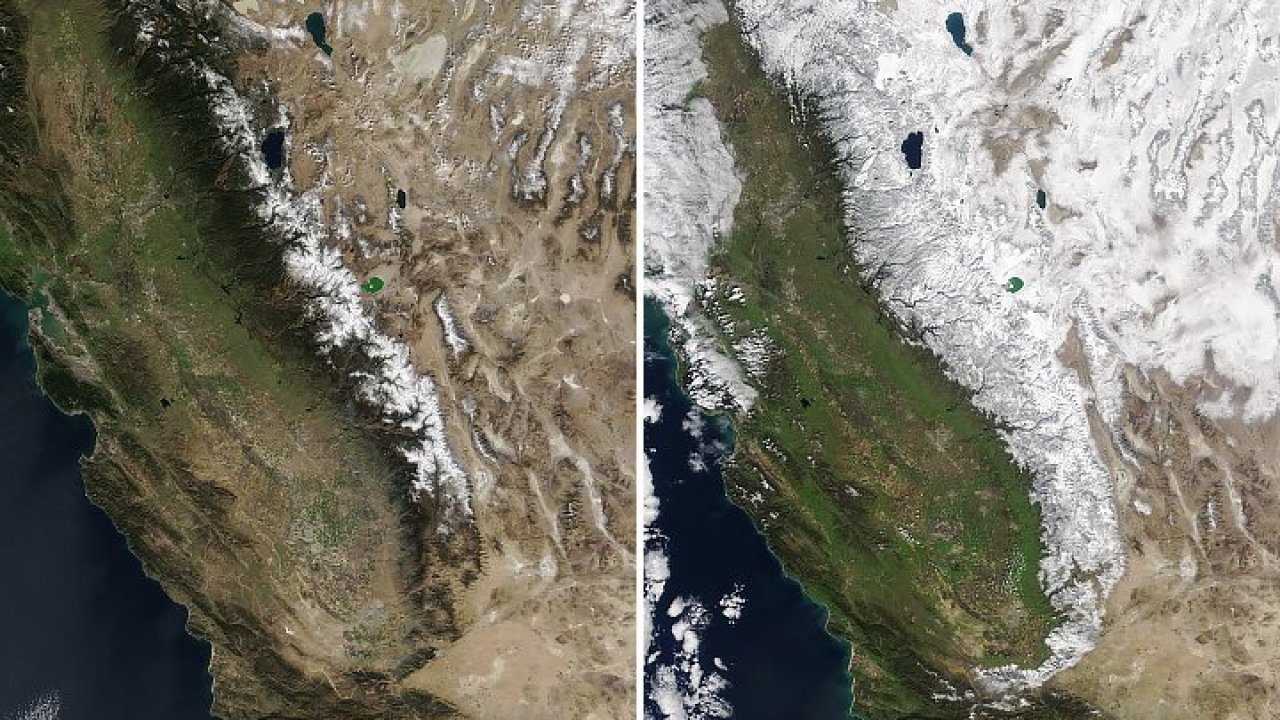 It’s looking a lot more like winter in California’s parched mountains today.
Snow fell across the Sierra and in the mountains of Southern California on Sunday.
And, while the immediate forecast calls for a return of dry skies, the National Weather Service in Hanford says there is a possibility of rain on the Valley floor and snow in the mountains on Saturday.

What a way to kick off the month of March! We received a light dusting of snow this morning, temporarily decorating the valley walls in white. If you’re visiting this month, come prepared for all kinds of weather, and check the forecasts before you arrive: https://t.co/2sCFA0rQ7i pic.twitter.com/Kp2aRqZBGD

The early March turnabout followed two months that set records for dryness in parts of the state.
Mammoth Mountain in the eastern Sierra reported that Sunday’s storm delivered 9 inches to 11 inches of snow.
The Bear Mountain resort east of Los Angeles said it received 6 inches to 8 inches of new snow.
NWS-Hanford reported up to a quarter-inch of precipitation at mountain locations in the central Sierra. And Yosemite National Park received a dusting of snow. That was good news for the precipitation-starved state. According to the NWS, the first two months of 2020 were the driest on record in most parts of the state.
“Rainfall generally averaged well less than 10 percent of normal for the two-month period in most areas,” the NWS said.
In Northern California, downtown Sacramento and downtown San Francisco had nary a drop of rain in February.
“Pretty remarkable. We’ve never had a dry February on record,” NWS meteorologist Cory Mueller said of Sacramento. Records there go back to 1878.
San Francisco had its first February without rain since 1864.

Hopes of a ‘March Miracle’

Many people in the state are hoping for a “March Miracle” that will replenish reservoirs and the aquifer.
March Miracle refers to March 1991 when California was pounded by storms following a bone-dry winter.
Fresno received more than 7 inches of rain that month. And, in the Lake Tahoe Basin, the snowpack went from 15% of normal to 74%.