In the first indication of how strict state officials will be with new groundwater sustainability agencies, the Department of Water Resources has refused to accept groundwater plans covering the Madera subbasin because one of those agencies did not sign a coordination agreement.

The DWR has not posted the submitted groundwater sustainability plans on its website and notified all the GSAs that it is talking with the State Water Resources Control Board — the state’s enforcement arm — about the issue.

“After the consultation process is complete, DWR will notify you of our final determination for the GSPs in the Madera Subbasin. In the interim, DWR is not posting the GSPs for public review and is not initiating a public comment period,” states the letter with the GSAs received Monday.

The holdout GSA in the Madera subbasin is the New Stone Water District, which covers about 4,500 acres on the western edge of the 200,000-plus-acre subbasin. The district’s board appears to be run by a single farming family, the Lions, who own Lions Raisins.

The New Stone Water District board appears to be run by a single farming family, the Lions, who own Lions Raisins.

Though New Stone GSA’s spokesman Roger Skinner characterized the problem as minor, others are more concerned.

“I think the next step may be that the state sets a date for a probationary hearing,” said Stephanie Anagnoson, director of Madera County’s Department of Water and Natural Resources and its GSA.

Is Madera the Test Case?

Probationary status under the state’s new Sustainable Groundwater Management Act could bring harsh consequences, such as the state dictating pumping amounts and fees of $300 per well and $40 per acre-foot pumped.

Water managers in several subbasins have wondered if a single holdout on coordination could throw the whole subbasin into probation.

Madera may be the test case. 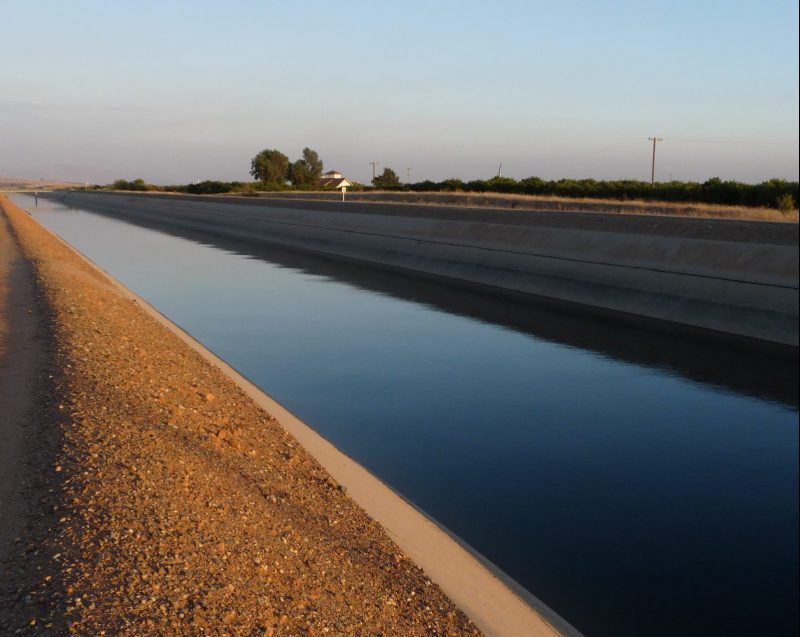 One of SGMA’s goals is to balance beneficial water use and reach sustainability through cooperative water management.

Districts Must Agree on Data

SGMA mandates that no matter how many plans are submitted, they must use the same data, methodology and agree on certain basics, such as water budgets — how much water is coming into the subbasin and how much is being pumped out.

New Stone believes it has 4,500 acre-feet more water than the other GSAs would agree to so it refused to sign the coordinating agreement, according to Anagnoson.

“We’ve been negotiating a coordinating agreement for a year. There’ve been a number of issues that New Stone has said were deal breakers and we’ve worked through them. Then other issues come up.” — Stephanie Anagnoson, director of Madera County’s Department of Water and Natural Resources

Skinner agreed that is the crux of the issue.

“We had a disagreement and the other parties chose to submit (GSPs) without going any further with us,” Skinner said. “But our board president has talked with DWR about the issues and they felt it was minor and we could get it resolved.”

Anagnoson didn’t hold out much hope for a simple resolution.

“I think it is a very big deal,” she said. “We don’t have any evidence this 4,500 acre-feet exists. We’ve been negotiating a coordinating agreement for a year. There’ve been a number of issues that New Stone has said were deal breakers and we’ve worked through them. Then other issues come up.”

In December, Anagnoson said, New Stone representatives refused to even discuss the coordinating agreement. So the other GSAs let DWR know they would be submitting an agreement signed by six of the seven GSAs.

“All of the agencies agreeing and signing the coordination agreement, are traditional public agencies with long experience serving the public interest. We all know how serious this is. But the way the law was written, it allows one party to put an entire basin into probation,” Anagnoson said.

Calls to the other five GSAs were not immediately returned.

The specter of state intervention through being put in probationary status has been the stick herding water managers forward on SGMA, despite often being at odds over who’s pumping more water and how much is truly being recharged.

Though SGMA doesn’t accept or fail a GSP based on its water budget, the calculation shows how badly overdrafted basins are.

In the Kern subbasin, water managers endured a public tongue lashing last October when they turned in water budgets suggesting that subbasin was only overdrafted by 85,000 acre-feet a year.

The true number is closer to 350,000 acre-feet a year, according to more recent calculations.