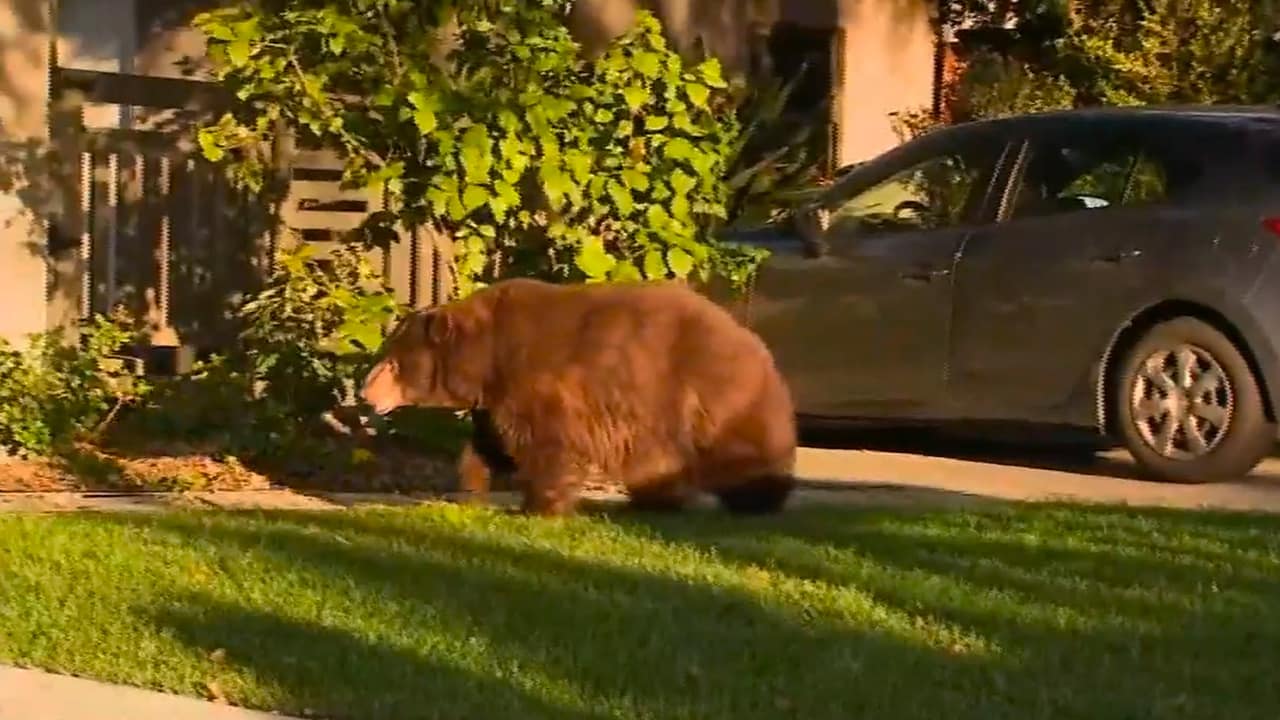 MONROVIA — A bear wandered a Los Angeles foothill suburb Friday, drawing curious onlookers and news media.
The bear sluggishly ambled along streets and into backyards in Monrovia, which sits on the foot of the San Gabriel Mountains.
The Monrovia Police Department said officers were keeping watch and state Department of Fish and Wildlife personnel were called to the neighborhood.
It was believed to be the same bear seen a day earlier in Monrovia, where it’s not uncommon for animals to wander out of the sprawling forest above the city.

TOO CLOSE FOR COMFORT! A bear has been sighted in a neighborhood in Monrovia, California and one onlooker was beary close– too close. 😳😰 https://t.co/sdu9zA4lSq pic.twitter.com/XuTNUixRNH

The city’s bear safety webpage notes that bears emerge from winter dens and return to the foothills in search of food when the weather warms up.
That typically occurs in spring, but Southern California’s winter has been very mild. Temperatures climbed to 80 degrees in the San Gabriel Valley on Thursday.
Monrovia’s most famous bear visitor was Samson the Hot Tub Bear, who took a liking to backyard pools in the 1990s. He eventually was sent to live in the Orange County Zoo.

Related Topics:bearLos Angeles
Up Next

Bloomberg Struggles to Respond to Politics of #MeToo Era