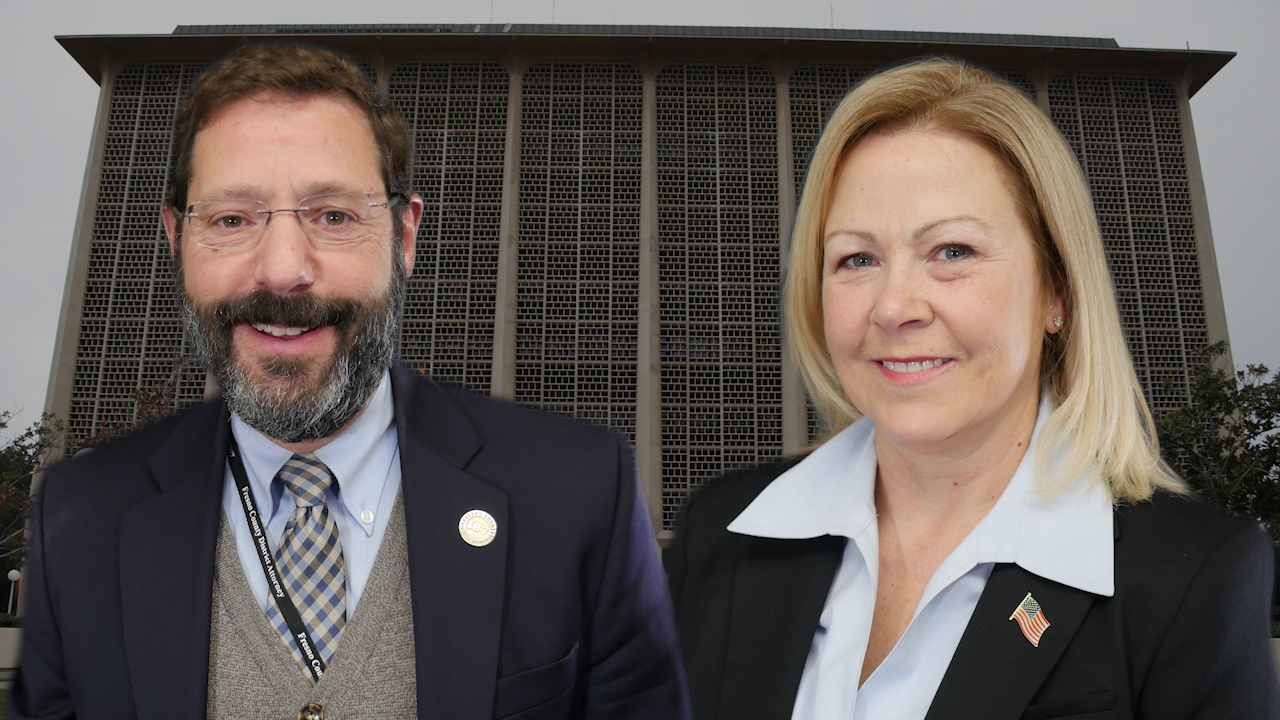 Former Fresno County District Attorney Elizabeth Egan is squaring off against Douglas Treisman, a senior deputy district attorney, in the lone contested judicial race on the March 3 ballot.
Egan served as DA from 2002 through 2014 before Lisa Smittcamp upended her in a contentious election.
Treisman has worked in several capacities in the DA’s office over the last 30-plus years. He now handles writs appeals.

Smittcamp, who is her second term as DA, has endorsed Treisman. Fresno County Sheriff Margaret Mims is backing Egan.
According to state campaign filings, Egan had $51,000 cash on hand as of Jan. 18. Treisman has $38,034 cash on hand. Most of his fundraising has been $50,000 in loans to himself.
This is not Treisman’s first judicial campaign.  He lost in 2008 to James Kelley in a four-candidate race, finishing second with 27% of the vote.

Egan and Treisman sat down with GV Wire to answer similar questions. In the video at the top of this page:
— The candidates introduce themselves and talk about their careers.
— Egan and Treisman talk about their experience, and why it qualifies them to become a judge.
— They discuss their philosophies on sentencing defendants.
— Each candidate makes the case for your vote.

Trump's 'Big Voice' in the Valley: Reelection, Water on Agenda