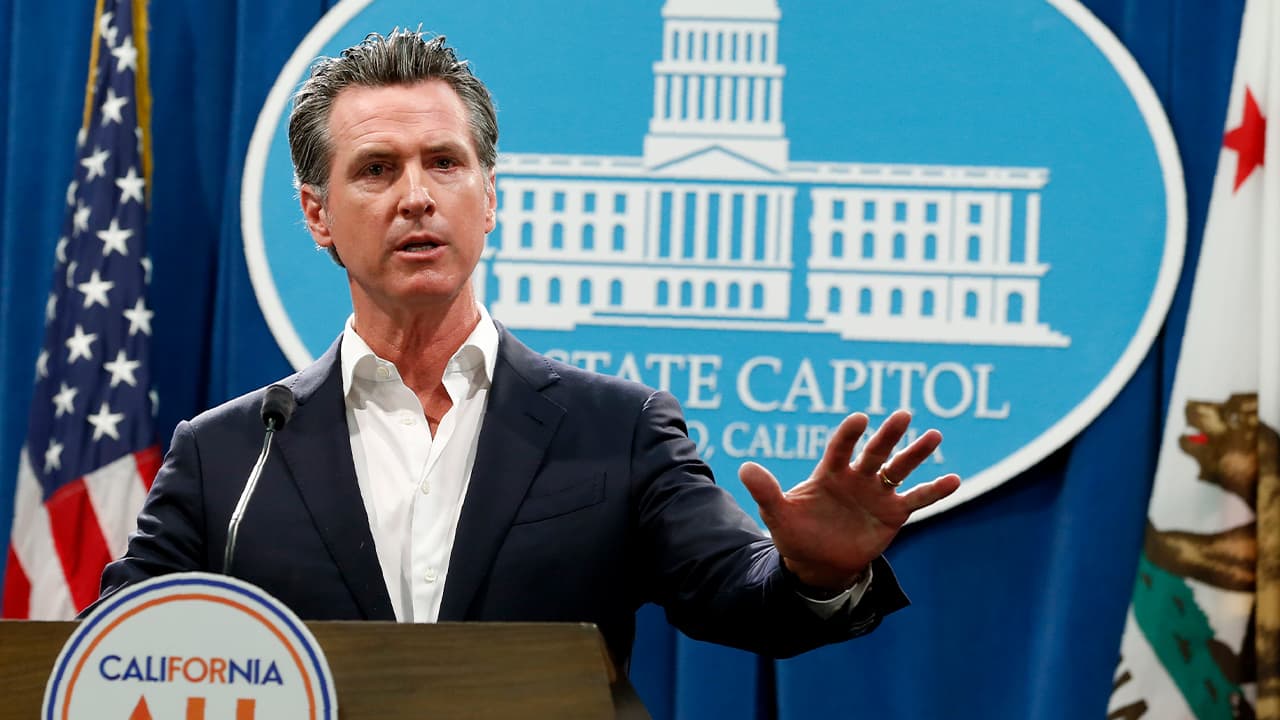 When Jerry Brown returned to the governorship in 2011, he faced what he called a “wall of debt” from years of severe economic recession and deficit-riddled state budgets.
Accordingly, he made paying off that debt, more than $30 billion, and armoring the budget against future recessions his top priority. Brown persuaded voters to approve what was supposed to be a temporary tax increase, mostly higher income taxes on the affluent, and later a “rainy day fund” that would cushion the effects of recession.

Dan Walters
Opinion
Annually, as Brown presented his budgets to the Legislature, he would display charts and graphs to punctuate his dire warnings about the potential impacts of recession and backed them up by insisting on directing extra revenues into reserves.
Brown’s second governorship was blessed by strong economic recovery — the longest in recent history — and the recession he openly feared never occurred. By the time he departed in 2019, state reserve accounts had accumulated more than $18 billion.
During his first year as governor, Gavin Newsom largely hewed to Brown’s cautious approach to state finances. However, his second budget, unveiled last month, deviates from that course in a way that could spell fiscal calamity should the state be hit by the recession that Brown always saw on the horizon.
It’s a rather subtle change because the economy continues to hum along and on paper, Newsom’s 2020-21 budget looks to be a picture of fiscal health.

However, the Legislature’s budget analyst, Gabriel Petek, and his staff spotted the change and in a new analysis they lay out the danger of spending virtually every dollar of projected revenue and making only minimal increases in reserves.
A moderate recession could cut revenues by about $25 billion a year for three years, but the state, under Newsom’s proposed budget, would have scarcely $20 billion in reserves to cushion its impact.
That would be sufficient to cover a $47 billion revenue shortfall, Petek estimates, but only if state spending on K-12 schools and community colleges is also reduced to the minimum required by the state constitution. His office had earlier assumed that reserves could be built to $23 billion if much of the state’s revenue gains were saved, rather than spent on new and expanded programs.
“By proposing a budget with very small operating surpluses,” Petek writes, “the governor eliminates a key tool of recession preparedness. In a still-growing but now mature economic expansion, supplementing the state’s fiscal resilience by preserving a larger operating surplus would be prudent.”

A Strong Element of Political Irony

Why the change of fiscal attitude?
Newsom is outwardly more liberal — or “progressive” in the preferred nomenclature of the political left — than Brown. That is, he’s more willing to spend more on new and expanded health, welfare and education services than Brown, who was reluctant to commit the state to expensive “entitlements” that would be difficult or impossible to reduce if recession hit.
Newsom’s approach pleases powerful Democratic Party interest groups, such as advocates of expanded immigrant health care and early childhood education, and their legislative allies but, as Petek warns, leaves the state budget less protected should the economy falter.
There’s a strong element of political irony in that situation.
A vibrant, high-employment economy is one of President Donald Trump’s strongest arguments for re-election. Were recession to strike his year, it could doom his bid for a second term and help Democrats retake power in Washington, but it also would undercut Newsom’s constant boasting in the national media about California’s balanced budgets.
CalMatters is a public interest journalism venture committed to explaining how California’s state Capitol works and why it matters. For more stories by Dan Walters, go to calmatters.org/commentary.

100 Years Ago, Congress Threw out Results of the Census