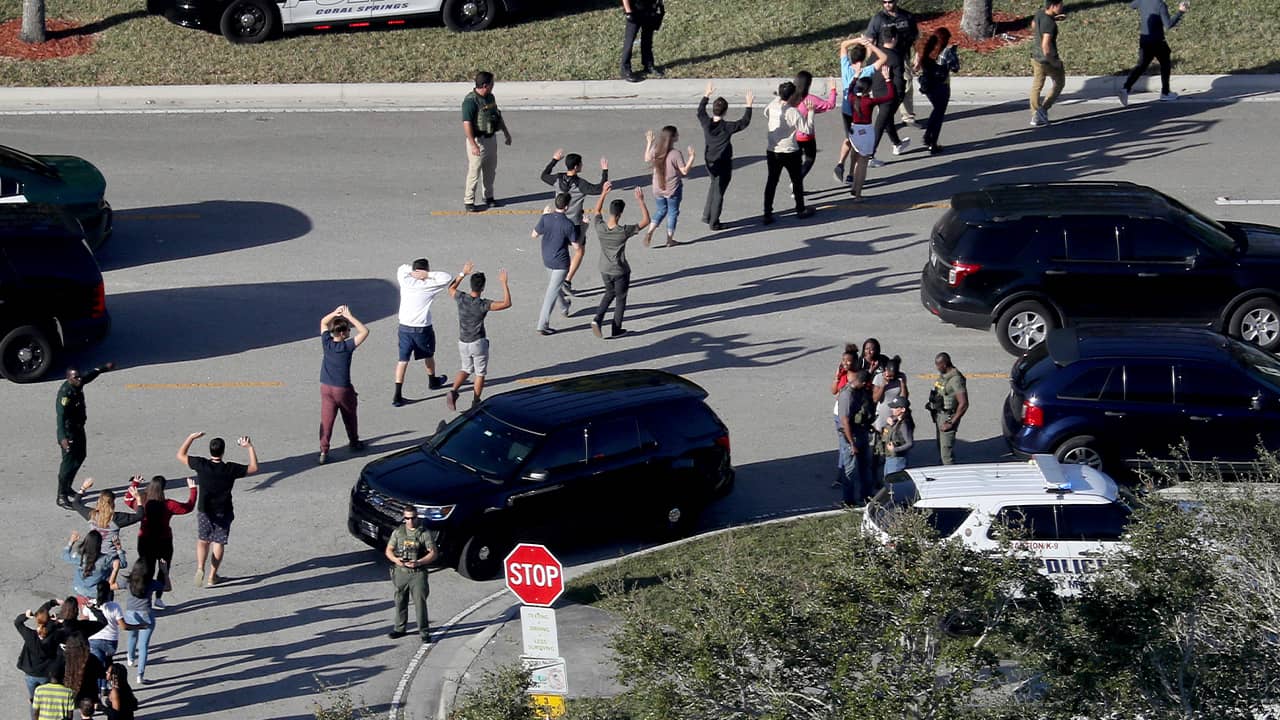 FORT LAUDERDALE, Fla. — A 23-year-old man who posted on Facebook, “I don’t know why I don’t go on a killing spree.” A West Palm Beach couple who shot up their home while high on cocaine. A 31-year-old Gulf Coast man who pointed a semiautomatic rifle at a motorcyclist.
All four Florida residents had their guns taken away by judges under a “red flag” law the state passed three weeks after authorities say a mentally disturbed man killed 17 people in a shooting at Marjory Stoneman Douglas High School in Parkland two years ago Friday.
The law, supported by legislators of both parties , has been applied more than 3,500 times since, with the pace accelerating during the last half of 2019. Even so, an Associated Press analysis of the law showed its use is inconsistent, with some counties and cities using it rarely and others not at all.
Advocates of Florida’s red flag measure say before it existed, it was often difficult to remove firearms from those making threats or suffering severe mental breakdowns. Investigators did not act on reports that the Parkland shooter was threatening to carry out a school massacre. But even if they had, it is likely he would have been allowed to keep his guns because he had no felony convictions or involuntary, long-term mental commitments, they say. FILE – In this Thursday, Feb. 15, 2018, file photo, attendees hold up their candles at a candlelight vigil for the victims of the shooting at Marjory Stoneman Douglas High School, in Parkland, Fla. A Florida law that allows judges to bar anyone deemed dangerous from possessing firearms has been used 3,500 times since its enactment after the 2018 high school massacre. An Associated Press analysis shows the law is being used unevenly around the state. (AP Photo/Wilfredo Lee, File)

Sixteen Other States Plus the District of Columbia Have Similar Laws

Pinellas County Sheriff Bob Gualtieri, who leads a commission that investigated the massacre’s causes, says the shooter would have easily qualified for a red flag order. Gualtieri says while it is impossible to say that would have prevented the shooting, the gunman wouldn’t have been able to legally buy weapons or ammunition, making his preparation difficult.


“We have needed this law for decades.” — Pinellas County Sheriff Bob Gualtieri, who leads a commission that investigated the massacre’s causes
“We have needed this law for decades,” said Gualtieri, who started a unit in his department that handles only red flag cases.
But the law also has vocal critics: those who say it violates the U.S. and state constitutions, including the right to bear arms, and others who argue that laws already on the books in Florida made it unnecessary. Still others say it discriminates against the poor: Because the hearing with a judge is not a criminal proceeding, low-income defendants aren’t provided with a free lawyer.
Sixteen other states plus the District of Columbia have similar laws, 11 of which were enacted after the Feb. 14, 2018, shooting at Stoneman Douglas. President Donald Trump has at times supported a federal proposal, but has not strongly advocated it before Congress.
To get an order in Florida, police agencies must file a request with a civil court, citing serious mental illness or threats a person has made. If the judge agrees, the person must surrender their firearms to police. Within two weeks, a hearing is held during which the judge decides whether to take the person’s weapons away for a year. Police agencies can apply for an extension if there is evidence a person remains a threat after a year. If not, the guns are returned.

‘Probably Two Dozen Times This Guy Could Have Been Charged’

Orlando attorney Kendra Parris, who is trying to get a case before the state Supreme Court to overturn the law, says it doesn’t adequately define some terms, such as what constitutes serious mental health issues. And in any case, she says, other Florida statutes, such as misdemeanor breach of the peace, already allow police to take firearms from the truly dangerous before they act. That statute could easily have been invoked against the Stoneman Douglas shooter, she said.
“Probably two dozen times this guy could have been charged for breach of the peace and had his firearms removed,” Parris said.
The AP analysis shows that from March 2018, when the law was enacted, through December 2019, there was a wide disparity in its per capita usage in Florida’s 67 counties. Twenty issued at least one for every 5,500 residents during that time period, the statewide average. Three issued at least one for every 2,000 residents, including Gualtieri’s Pinellas County, which includes the Tampa Bay area, and has nearly 1 million people. Highlands County, near Lake Okeechobee, ranked No. 1, issuing one for every 850 residents.
On the other extreme, 12 counties issued one for every 30,000 residents or less. Two neighboring Panhandle counties — Escambia and Santa Rosa — issued one for every 100,000 residents or more. Another nine small, rural counties issued none. Highlands County Sheriff Paul Blackman said he doesn’t know why his county is No. 1, but he noted that his deputies average two calls daily for mental health crises. The county has just over 100,000 residents and was the scene of a bank shooting last year that left five women dead.