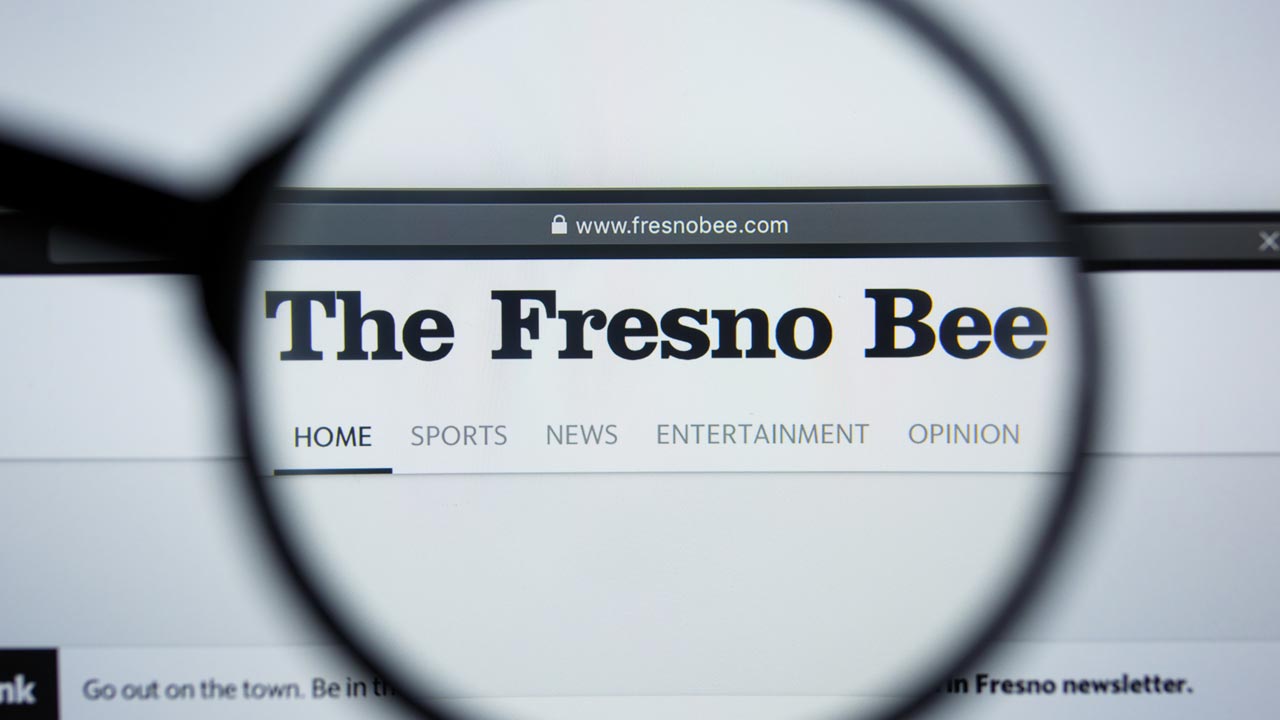 The publisher of the Fresno Bee, Miami Herald, The Kansas City Star and dozens of other newspapers across the country has filed for bankruptcy protection.

McClatchy expects fourth-quarter revenues of $183.9 million, down 14% from a year earlier. Its 2019 revenue is anticipated to be down 12.1% from the previous year. That would mean that the publisher’s revenue will have slid for six consecutive years.
The company expects to pull its listing from the New York Stock Exchange as a publicly traded company, and go private.
McClatchy filed for bankruptcy protection in the U.S. Bankruptcy Court for the Southern District of New York. Its restructuring plan needs approval from its secured lenders, bondholders and the Pension Benefit Guaranty Corp.
McClatchy has suffered as readers give up traditional subscriptions and get news online and like other publishers, it’s tried to follow them there.
Digital-only subscriptions have increased by almost 50% year over year, McClatchy said. The company has more than 200,000 digital-only subscribers and over 500,000 paid digital customer relationships.
Yet the migration to digital publications has not offset the loss of advertisers that once relied on newspapers.
The estimated total U.S. daily newspaper circulation including both print and digital in 2018 fell 8% from the prior year to 28.6 million for weekday. Sunday circulation fell 9% to 30.8 million, according to the Pew Research Center for Journalism and Media.

Even the Arrival of Moneyed Interests Can Prove Fleeting

Last year, New York Times executive editor Dean Baquet bleakly predicted the demise of “most local newspapers in America” within five years, except for ones bought by billionaires. The Washington Post and Los Angeles Times, both national publications, are thriving after being bought by billionaires. The Boston Globe, Minneapolis Star-Tribune and Las Vegas Review-Journal are among other major American newspapers that appear to have steadied themselves after being sold to local wealthy individuals.