Even with the crowd at Madison Square Garden chanting for a popular golden retriever, the statuesque Siba strutted off with best in show at the Westminster Kennel Club on Tuesday night.

“She’s beautiful and has that something.” — handler Chrystal Murray-Clas

Adorned with black puffs and pompoms, the 3-year-old Siba was the absolute picture of what many see as the epitome of a show dog.

Not everyone shared that view. As judge Bob Slay studied Siba in the best-of-seven final ring, a fan shouted out: “No way, Slay, no way!”

Slay stuck by what he saw.

“She’s beautiful and has that something,” handler Chrystal Murray-Clas said.

Bourbon the whippet finished second. Daniel the golden retriever was clearly the crowd favorite — a golden has never won at Westminster — and fans chanted his name as Slay deliberated.

Bono the Havanese, Wilma the boxer, Conrad the Shetland sheepdog, and Vinny the wire fox terrier also made the final grouping.

Poodles come in three sizes and this was the 10th time one of them has become America’s top dog, the first since 2002. A standard last won in 1991. 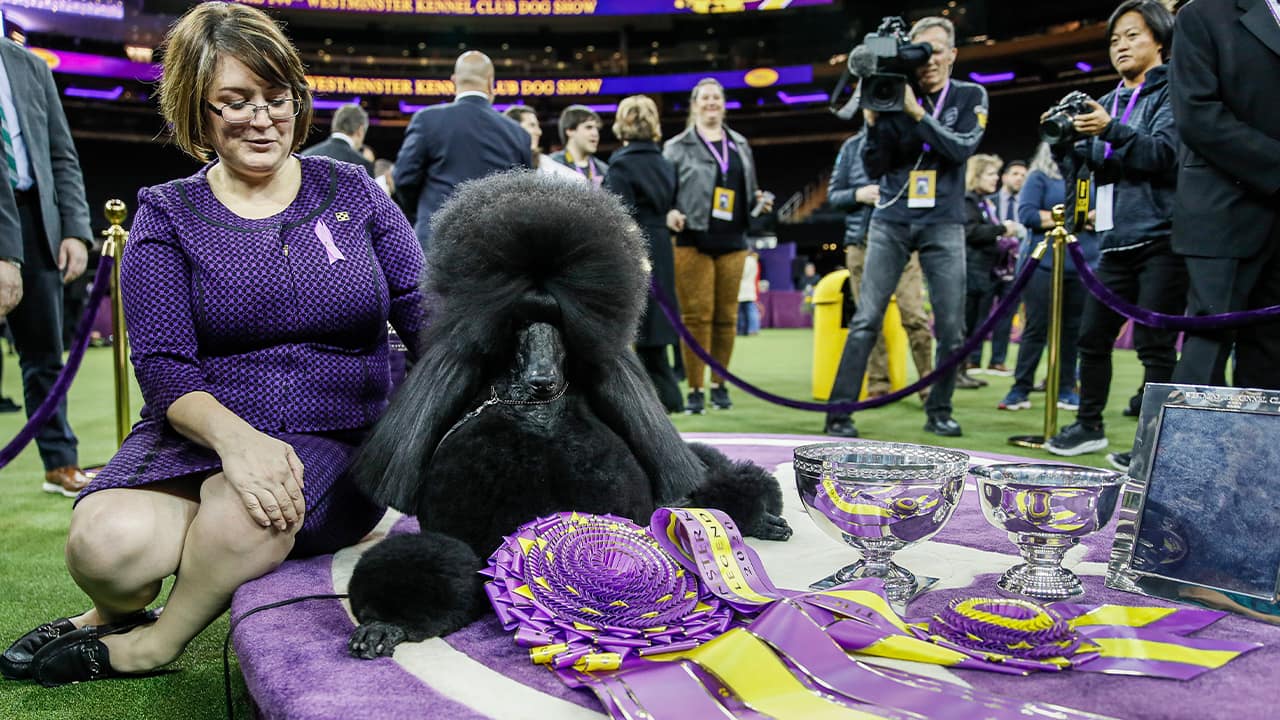 Siba put on an entertaining performance in the nonsporting group juding Monday night, doing the downward dog yoga pose before circling the ring. A day later, she was again at her best.

She won’t get much rest, either. Siba was set to wake up early to hit the morning TV shows, eat lunch at famed Manhattan restaurant Sardi’s, pose on the observation deck of the Empire State Building and perhaps walk onto the stage at Broadway musical “Beetlejuice.”

The Westminster winner receives no prize money in a sport where owners can spend hundreds of thousands of dollars on their pet. Instead, the reward is a silver bowl, lucrative breeding rights and a lifetime of bragging rights in dog lore.

And in canine competitions, the poodles often rule.

But this is true, too: In the world of dogdom, among all the beagles, retrievers and terriers, there’s nothing that polarizes people like a poodle.

Especially the big standard size, with their fancy coifs that would put the supermodels now in town for Fashion Week to shame.

“I don’t care for the cut. I understand it’s for function, to keep their joints warm, but not for me,” Carol Sebastian of Aberdeen, New Jersey, said earlier in the day.

Sitting with four of her spinone Italiano pals, snacking near Ring 1, Sebastian offered another view on the pooch pageant.

“I think if they cut the poodle in a different way, they’d have a lot more fans. They’d get beyond frou-frou.” 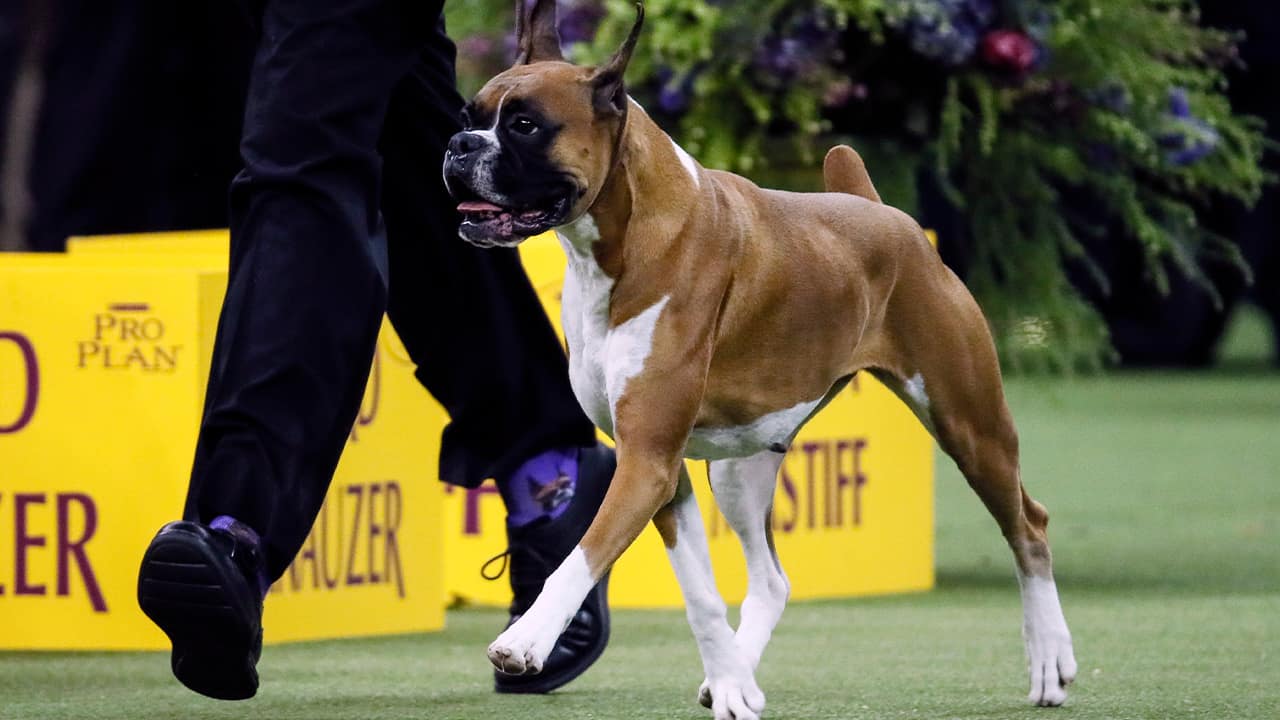 Siba Was Showing for the Last Time

Either way, Siba sure looks the part of the Park Avenue crowd, even though she’s from Allentown, Pennsylvania — sleek, with shiny black hair and a shaved backside.

“I always say, don’t let the haircut fool you. This is a smart, athletic, active dog that was originally developed in Germany as a water retrieving dog.” — longtime dog expert David Frei

“I always say, don’t let the haircut fool you. This is a smart, athletic, active dog that was originally developed in Germany as a water retrieving dog,” longtime dog expert David Frei said.

With a more simple trim, he figured, “the world could unabashedly root for them. In the meantime, I will anyway.”

Siba was showing for the last time, set to retire after this event.

“She had the something extra at a young age,” Murray-Clas said.

Longtime handler Clint Livingston said he saw Siba two years ago at a show in York, Pennsylvania, and predicted a great future.

“I fell in love with her,” Livingston said.

He also understands the poodle predicament. 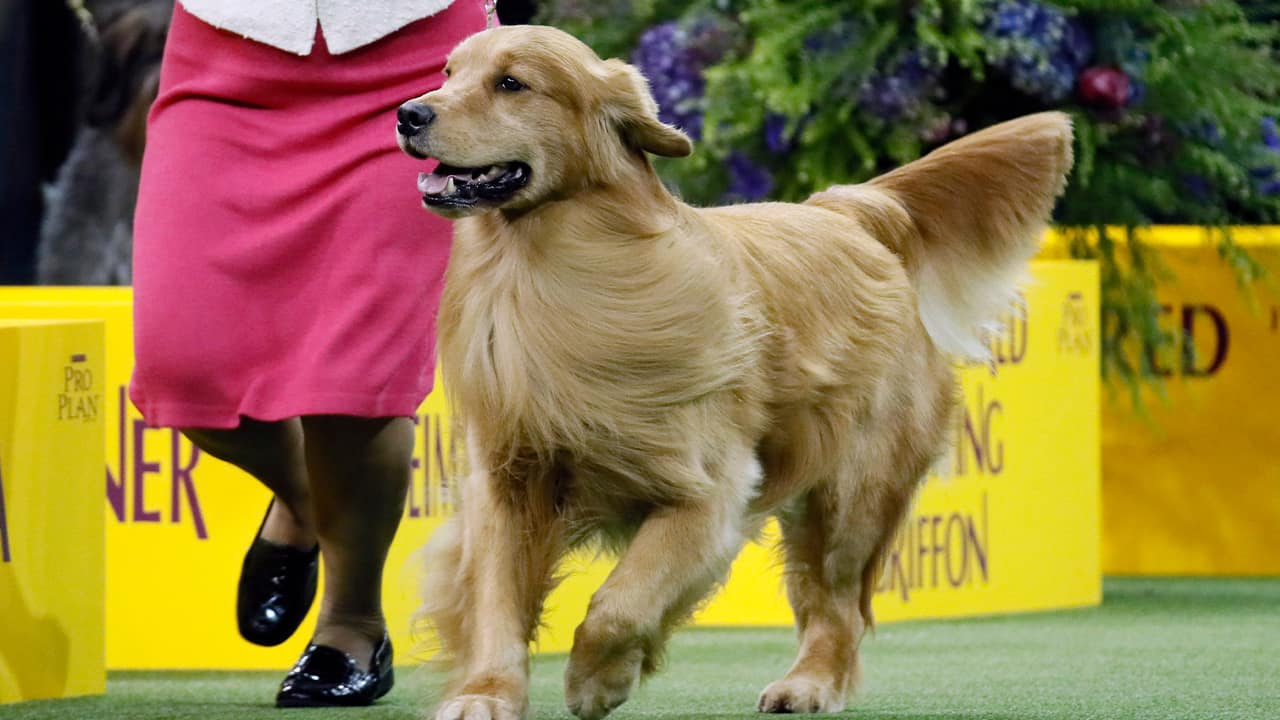 Siba Went Back for What Became a Most Happy Meal

“They’ve been glamorized and for them, it’s a beauty pageant,” he said. “But underneath all that hair and everything, there’s structure and function.”

To Sebastian and her spinone Italiano friends, there are two sides to the poodles.

“They’re beautiful dogs and super smart. There’s something for everyone,” said Andi Gabler from Fredricksburg, Virginia. “They’re wonderful dogs. But would I want one? No.”

“Our dogs like to roll in the mud,” chimed in Becky Tevis from Portland, Oregon. “We’re not that fancy.”

Fact is, neither is Siba. A picky eater, she’s not.

So how did she prepare for the nonsporting group judging Monday night at the Garden? A gourmet meal? Nope.

Rather, a fast-food fix: a grilled chicken sandwich from a handy McDonald’s.

And no reason to change the winning formula.

Tuesday night, Siba went back for what became a most happy meal.