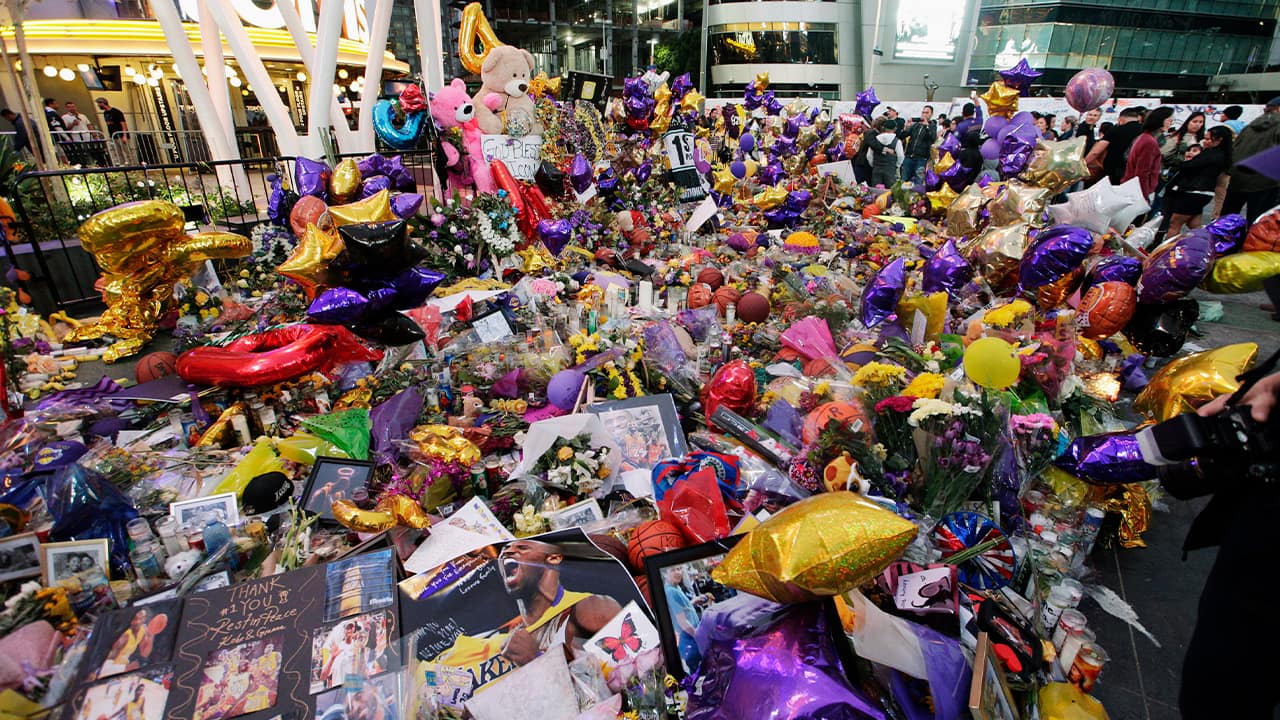 LOS ANGELES — A public memorial service for Kobe Bryant, his daughter and seven others killed in a helicopter crash is planned for Feb. 24 at Staples Center, a person with knowledge of the details told The Associated Press on Thursday. A boy walks by a standing board with messages for the late Kobe Bryant at a memorial for Bryant in front of Staples Center in Los Angeles Sunday, Feb. 2, 2020. Bryant, the 18-time NBA All-Star who won five championships and became one of the greatest basketball players of his generation during a 20-year career with the Lakers, died in a helicopter crash Sunday, Jan. 26. (AP Photo/Damian Dovarganes)

Staples Has Played Host to Other Memorials

No cause for the crash has been determined, though a preliminary report by the National Transportation Safety Board is expected soon.
Fans spontaneously swarmed Staples Center within hours of the Jan. 26 crash, creating a massive memorial of flowers, balloons, jerseys, stuffed toys and basketballs. The items were removed Monday and fans were urged to donate to a Bryant foundation rather than bring more gifts and flowers.
Bryant’s widow Vanessa had requested some items, which were to be cataloged and shipped to the family. Flowers will be composted and spread around plants near Staples Center.
Staples, which opened in 1999, has played host to other memorials, including for Michael Jackson and, last year, for rapper Nipsey Hussle. Bryant, who joined the NBA in 1996, played for the Lakers at the Forum for three seasons.
The Los Angeles Clippers and the Memphis Grizzlies have a 7:30 p.m. game the same day at the arena.
A public memorial for Orange Coast College baseball coach John Altobelli, his wife, Keri, and daughter Alyssa will be held Feb. 10 at Angel Stadium of Anaheim. Also killed in the crash were pilot Ara Zobayan and Bryant friends Christina Mauser, Sarah Chester and her daughter Payton.

King Angry at CBS Promo of Interview Questions About Bryant