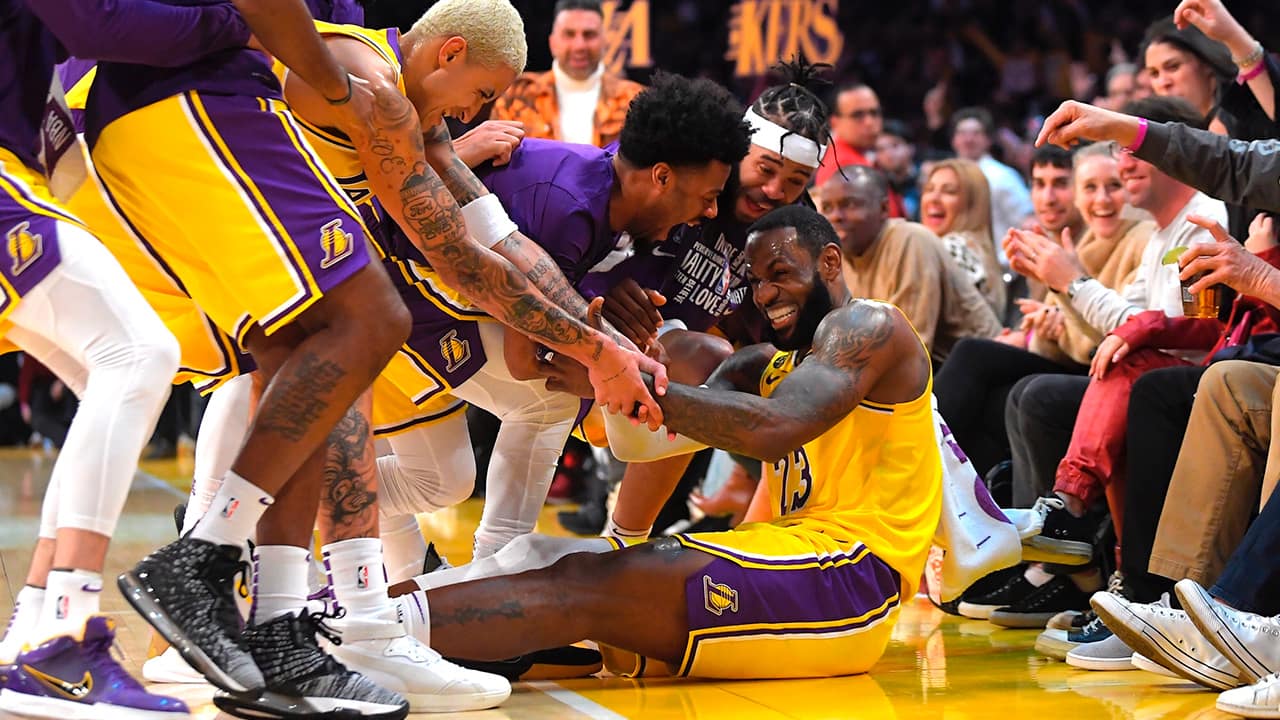 LOS ANGELES — LeBron James absorbed contact and tumbled to the court while his fifth 3-pointer in a three-minute span dropped through the net. The Los Angeles Lakers’ entire roster left the bench and crossed the court, gleefully picking up their leader while a sellout crowd roared. The Lakers Returned to a Semblance of Normalcy

DeMar DeRozan had 28 points, nine rebounds and seven assists in his hometown for the Spurs, who have lost five of seven.

Spurs: They don’t return home until Feb. 26. … Dejounte Murray scored 12 points.
Lakers: JaVale McGee had 14 points. … James was asked about the analytics theory that a hot hand doesn’t exist: “I guarantee the analytics person or people has never ever been in a zone in their life.”

Before the game, Popovich gave a stirring answer to a question about Bryant’s place in the game. The U.S. Olympic team assistant coach said Bryant “was special to all of us in different ways. … He was like a superhero who was actually human. There aren’t any superheroes that are really human, but we kind of thought of him as one of those kind of people.”
“When somebody’s sick for a long time and you expect it, you deal with that. But when somebody is taken the way that he and his daughter and all the other people were taken, that makes it a tragedy and more painful in some ways,” Popovich said.

Kuzma, the subject of numerous trade rumors with the deadline approaching, added 12 rebounds in one of his most impressive recent performances. Lakers coach Frank Vogel said the third-year pro “just had a little extra pop the last few games, and it showed up in the mindset to play hard.”
Kuzma professed ignorance of the trade deadline looming Thursday, saying he has grown immune to the constant speculation about his future throughout his LA career.
“Kobe would always tell me, ‘If they’re not talking about you, you should be worried,’” Kuzma said. “And I’m the talk of the town, so …”

Dwight Howard had 12 points and 11 rebounds while shooting 5 for 5 in another strong all-around performance for the Lakers.

At the Oscars, 'The Cave' Aims to Provide Hope to Syria

Hart Erupts for 29 Points, but Bulldogs Fall to Rams