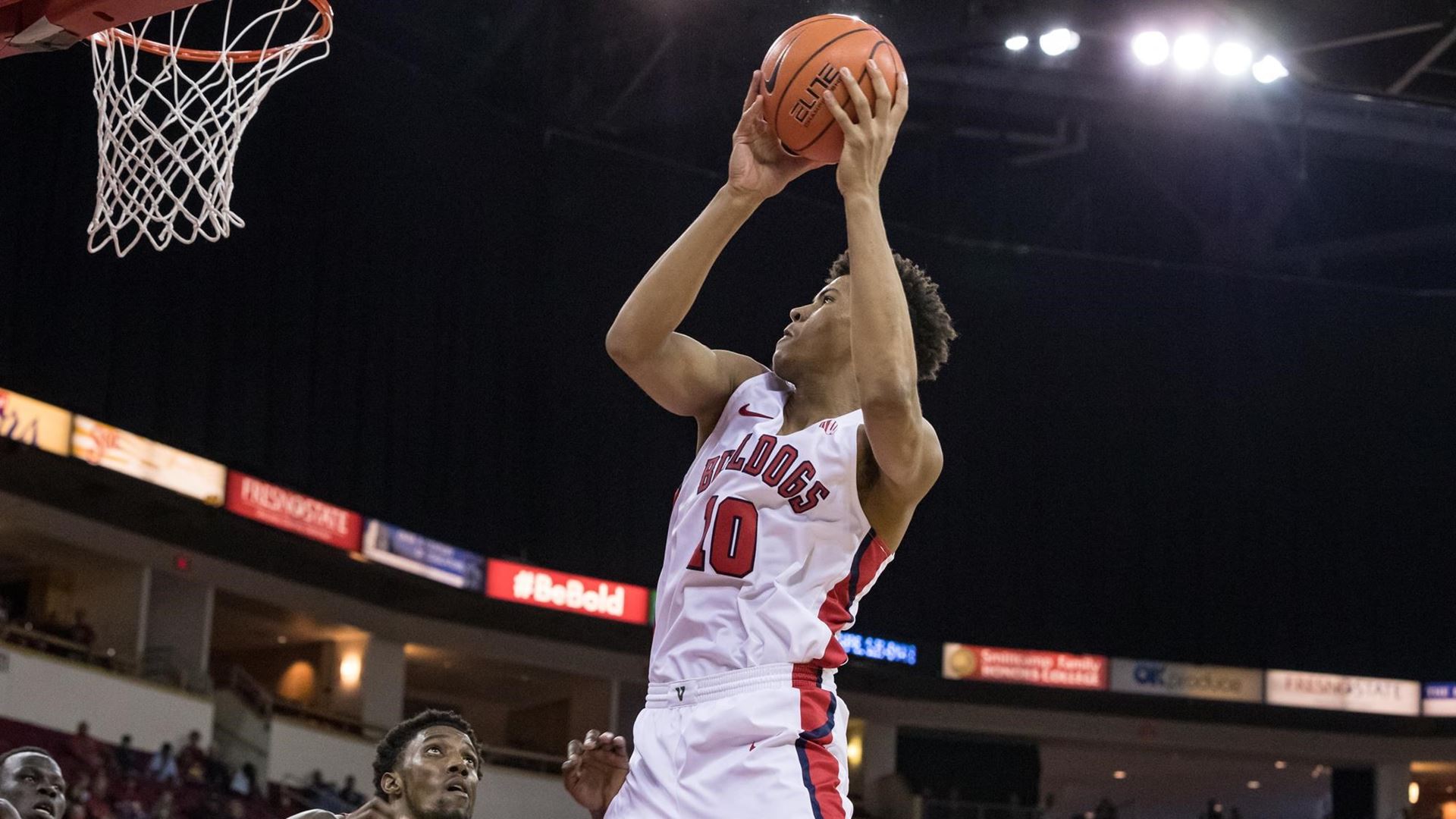 Fresno State Trails by 17 in First Half

The Bulldogs overcame a 17-point deficit late in the first half. They have won two straight conference men’s basketball games and three of their last five games.
“I told my team that we needed to stay together,” Robinson said. “If we stay together, we win the game.”
Keith McGee had 18 points for the Lobos (16-8, 5-6). Zane Martin added 18 points. The Lobos started the season 15-3 but have lost five of their last six games.
“I was very disappointed in our defensive effort early. I’m going to go back and look at that and see why that was,” Bulldogs coach Justin Hutson said. “But I was very proud of how we came back and fought and got stops when we needed to.”

New Mexico played without several key players. Carlton Bragg was dropped from the program after multiple off-court incidents. JaQuan Lyle and JJ Caldwell are suspended, and Vance Jackson is out with a knee injury. Jackson scored a game-high 29 points the first time the teams met this season.
The Lobos managed to be competitive by hitting 12 of 28 from 3-point range. However, the Bulldogs answered by converting 11 of 25 from beyond the arc despite New Williams converting just 1 of 9.
The Bulldogs evened the season series against the Lobos with the win. New Mexico defeated Fresno State 78-64 on Jan. 7.
You can access Saturday’s boxscore at this link.

Fresno State takes on second-place Colorado State (16-8, 7-4) at the Save Mart Center on Tuesday. The Rams overpowered the Bulldogs, 86-68, in their first meeting on Jan. 22.