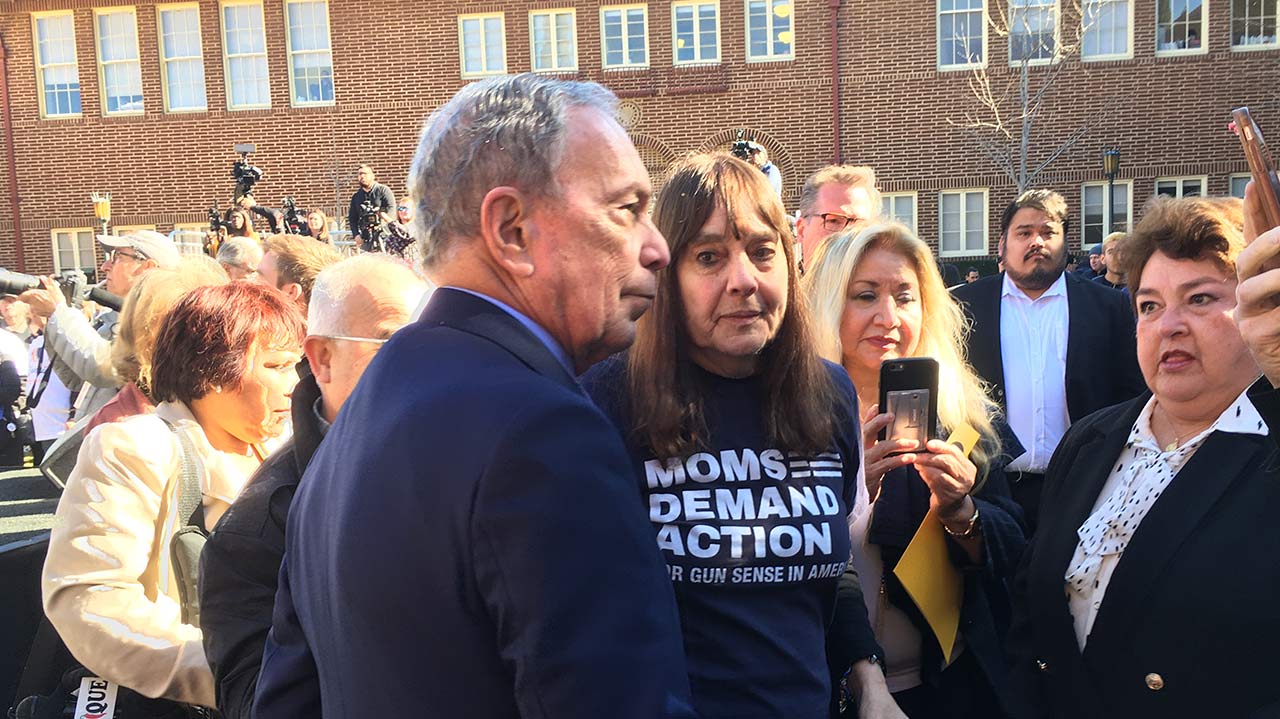 President Donald Trump’s insults about his height didn’t deter Mike Bloomberg.
The billionaire businessman and Democratic presidential candidate made his own cracks about his stature during a speech Monday at Fresno City College.

Listen to this article:
“I’m still growing. I still have hopes. Unfortunately, when I’m growing, I’m growing this way (motioning with his hands side to side) instead of this way (hands motioning up and down),” Bloomberg said.
Trump commented on Bloomberg’s height in a pre-Super Bowl interview with Fox News’ Sean Hannity on Sunday.
Several times during his 20-minute speech, Bloomberg called Trump a bully. He told the receptive audience that he was the candidate who could defeat him.
“When you can’t defend your record on healthcare or wages or the environment, you resort to insults. Donald Trump’s insults don’t bother me … I’m a New Yorker and I’ve never backed down from a bully or ran away from a fight,” Bloomberg said.

Establishment Watches, if Not Supports Bloomberg

Fresno City Councilman Luis Chavez was on hand to watch the speech, along with city council colleague Mike Karbassi, who said he was impressed but not ready to endorse.
Councilmembers Miguel Arias and Esmeralda Soria also dropped in for part of the event.
The Democratic establishment locally and statewide also turned out in Fresno. Former Los Angeles Mayor Antonio Villaraigosa and current San Jose Mayor Sam Liccardo introduced Bloomberg. Stockton Mayor Michael Tubbs was there, too.
Even Kingsburg councilwoman Jewel Hurtado — an avowed Bernie Sanders supporter — caught part of the speech between her classes at Fresno City.
Isaac Gudino, a Fresno City College student and one-time political podcast host, said Bloomberg could be the man if frontrunner Joe Biden falls.
“This is probably the centrist wing of the party’s chance at a very reliable back-up plan,” Gudino said.
Bloomberg opened a campaign office in Fresno, hiring 15 local staffers at salaries of $6,000 a month, led by Chavez. It is one of 20 offices statewide Bloomberg’s campaign team opened.
Statewide, Bloomberg says he will hire up to 800 staffers.

School officials estimated about 200 people attended Bloomberg’s speech, far smaller than Bernie Sanders drawing 2,700 in November at the college.
The make-up of the crowd also differed. Sanders drew a younger audience with few elected or party officials. Bloomberg drew many party insiders, and a more button-upped crowed, weather (hovering in the 40s) notwithstanding.
Bloomberg tried to entice students to attend with a free taco truck from El Jaliscience. Volunteers stood at the courtyard entrance, acting like carnival barkers hoping to attract a crowd.
While it worked for some, several students appeared more interested in a free meal than a civics lesson.
“He’s not withholding his finances. He’s providing lunch today for all those who came out to support him. That shows what kind of gentleman he is,” said Debbie Martinez from Modesto, who is not a student. 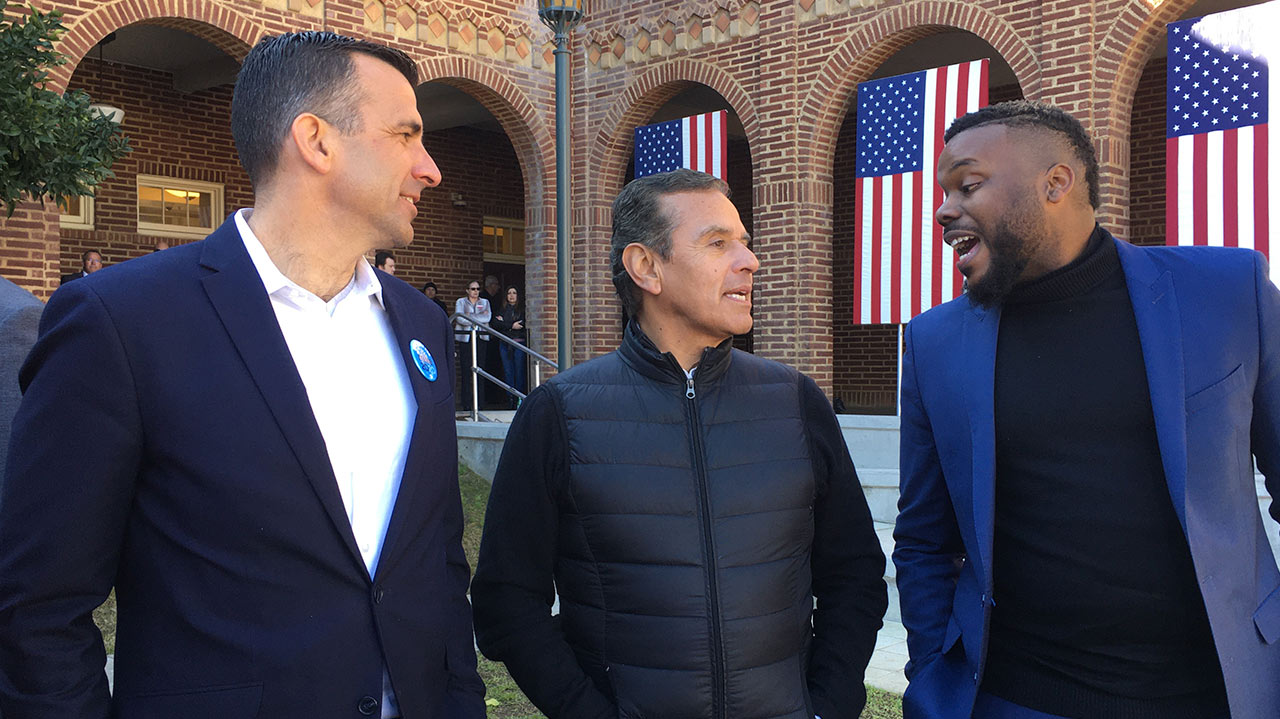 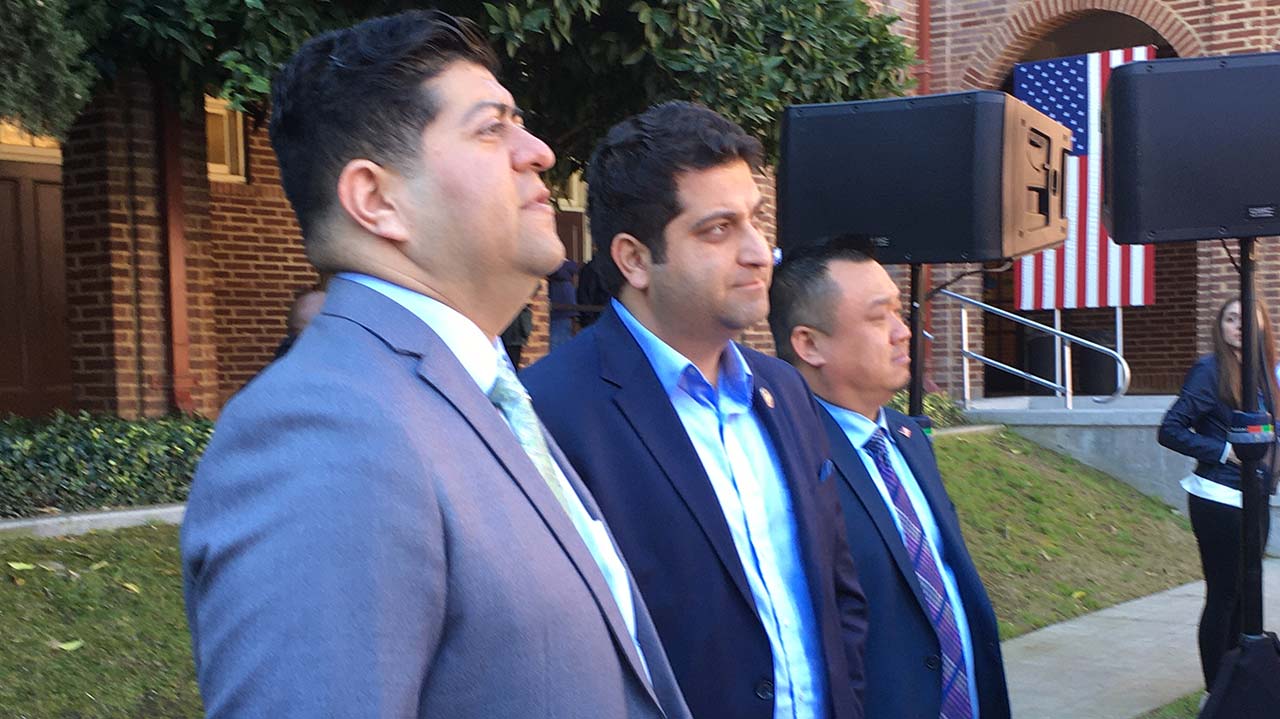 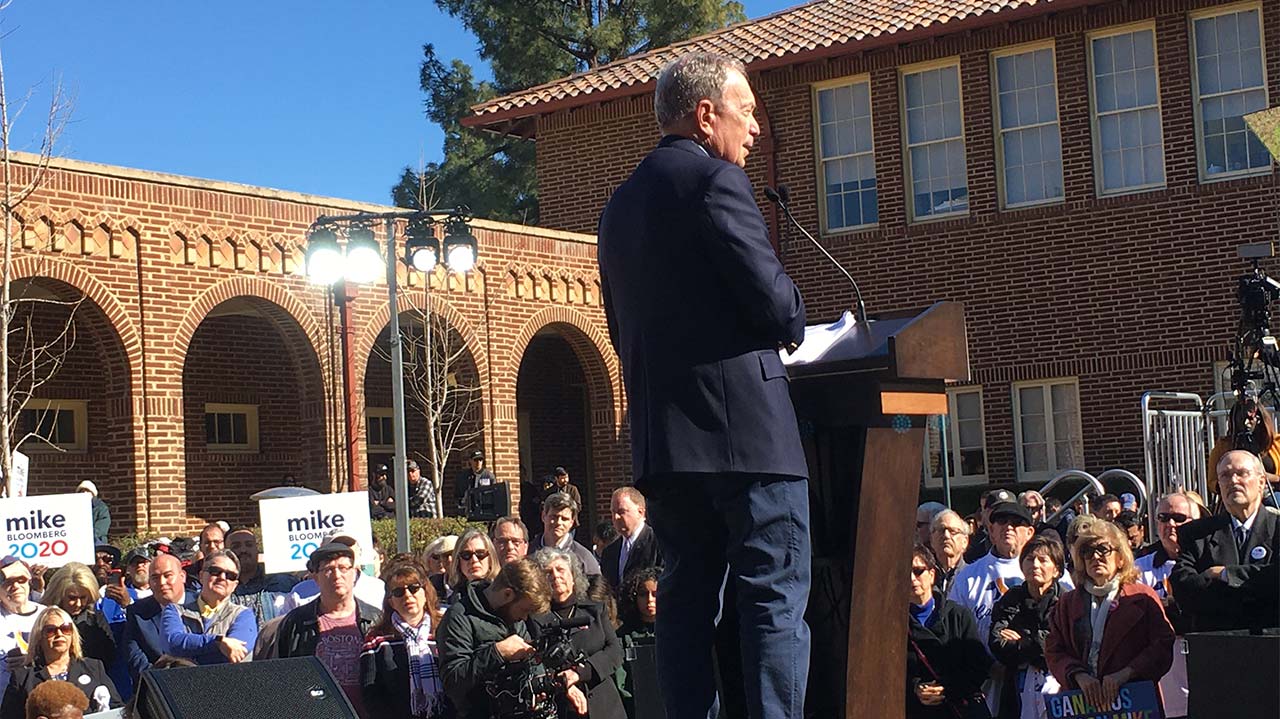