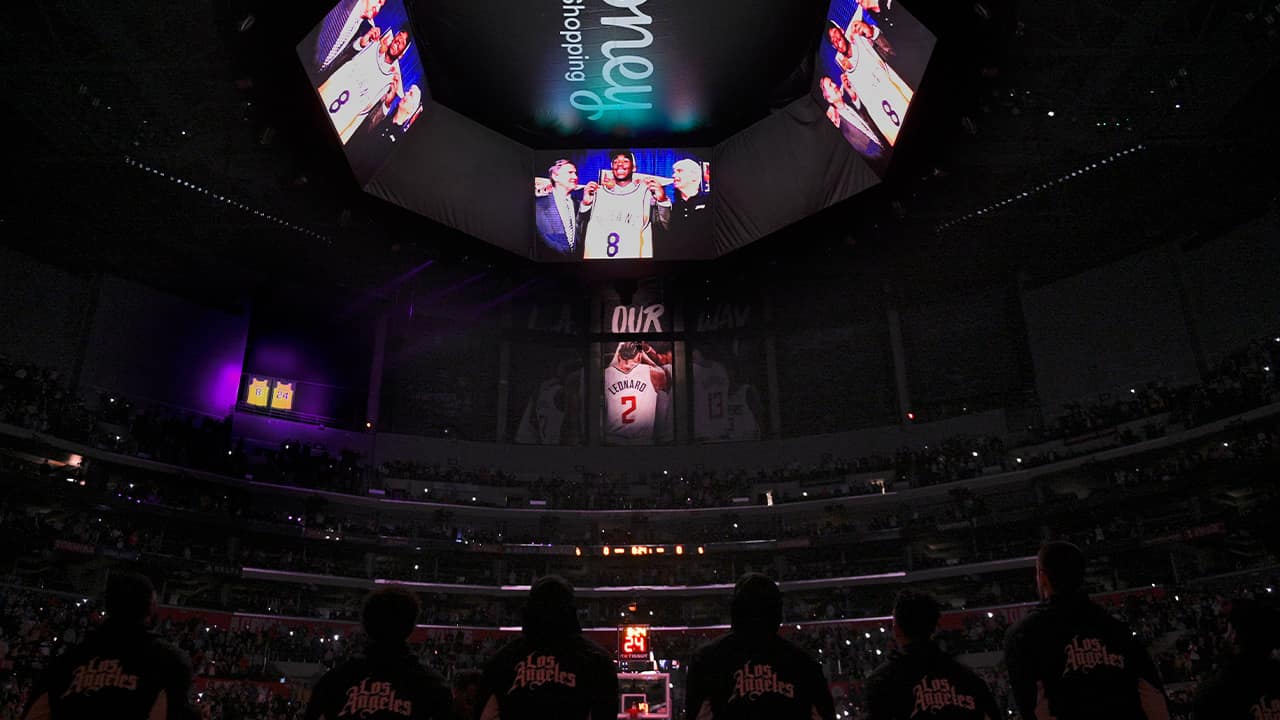 LOS ANGELES — The first NBA game at Staples Center since Kobe Bryant’s death was difficult for the Los Angeles Clippers and Sacramento Kings.
When the Los Angeles Lakers return to the court Friday night, that will be even more emotional.
Clippers forward Paul George narrated a 2-minute video tribute to Bryant before Thursday night’s loss to the Kings. Bryant, his 13-year-old daughter Gianna and seven others were killed Sunday in a helicopter crash in Southern California.
Bryant’s retired No. 8 and No. 24 Lakers jerseys were left uncovered in the upper left corner of the arena. Following the video tribute, there was 24 seconds of silence followed by “Kobe, Kobe” chants before the national anthem.
The Clippers wore No. 24 shooting shirts during pregame warmups, while coach Doc Rivers and his staff wore ties and shoes honoring Bryant.
“I’m glad it’s behind us. This will help us a little bit,” Rivers said.

‘As Synonymous With Southern California as the Sunshine’

The tribute was a preamble to the Lakers’ return to Staples Center on Friday night against Portland for their first game since Bryant’s death. Their scheduled game Tuesday against the Clippers was postponed out of respect for the grieving franchise and city. Jerry West wipes his eye while sitting courtside before an NBA basketball game between the Los Angeles Clippers and the Sacramento Kings in Los Angeles, Thursday, Jan. 30, 2020. (AP Photo/Kelvin Kuo)

Both Rivers and Kings coach Luke Walton said they had mixed emotions entering the arena. Rivers said he has received a lot of pictures from people showing him and Bryant together.