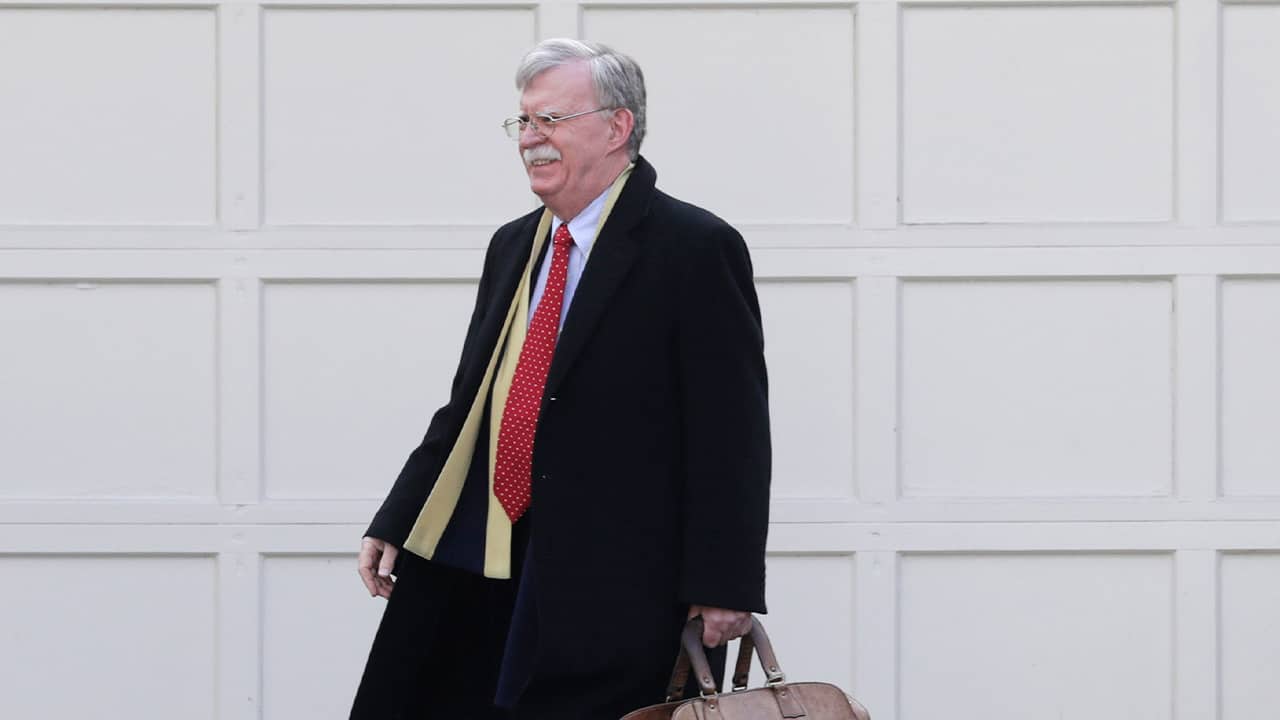 WASHINGTON — For much of the last 20 years, John Bolton was a conservative poster child, a Republican hawk whose worldview helped shape the GOP establishment’s approach to dicey foreign policy questions.
Now, as President Donald Trump’s former national security adviser prepares to dish on his days in the White House, some old friends and colleagues are turning on him — and others are nervously wondering what he may be poised to reveal.
Leaked passages from the manuscript of Bolton’s soon-to-be published book are roiling Washington, including the revelation that he says Trump told him he was conditioning the release of military aid to Ukraine on whether its government would help investigate former Vice President Joe Biden and his son.
Bolton’s roughly 17-month tenure in as national security adviser brought him rare access to the inner workings of the West Wing and the Cabinet, particularly on matters of global affairs. He was known to take copious notes on yellow legal pads.
After this week’s early leaks about the book, White House aides and allies are privately expressing concern about what more Bolton might reveal that the president and others in his orbit would find embarrassing.
Sen. Rand Paul, R-Ky., gave voice to GOP pique about Bolton’s revelations in an interview with Fox News. He said Bolton had long argued for expansive executive powers to protect a president’s conversations with his advisers but “now he’s going to argue that no, no, no, now that I have a book deal for a couple of million bucks, that it’s OK for me to say and spill the beans on everything the president’s said to me privately.” Less than two years ago, Rep. Mark Meadows, a North Carolina Republican and Trump impeachment team manager, praised the president for bringing Bolton into the White House, saying the president “could not have made a better pick” for the key role in the administration. Bolton, who served as United Nations ambassador in the George W. Bush administration, was a fierce advocate for the 2003 war in Iraq and has pushed for military action in Iran, North Korea and Venezuela.

Bolton Insists He Offered His Resignation Before Trump Announced His Ouster

Trump himself has disputed Bolton’s assertion of a concerted pressure campaign on Ukraine’s leader. And Trump has dismissed Bolton as a disgruntled employee whom he fired because of policy differences. Bolton, who left the White House last year, insists he offered his resignation before Trump announced his ouster.

Trump jabbed at Bolton in a tweet Wednesday, referring to his former adviser as the “guy who couldn’t get approved for the Ambassador to the U.N. years ago” and accusing him of “mistakes of judgment.” Bolton is well-known for his hard-line policy views against Iran and North Korea.
Bush installed Bolton as U.S. ambassador to the U.N. through what is known as a “recess appointment” when the Senate was out of session. He stepped down at the end of that appointment because he was unlikely to win Senate confirmation, largely due to his foreign policy vision.
In the tweet, Trump also complained that Bolton, after he was fired, “goes out and IMMEDIATELY writes a nasty & untrue book. All Classified National Security. Who would do this?”
Trump allies, including personal attorney Rudy Giuliani and 2016 campaign adviser Jason Miller, slammed Bolton and said he was being untruthful in order to drive up book sales and remain relevant.
“There is no way in the world President Trump would say this to John Bolton,” Giuliani tweeted. “It’s a shame that a man will sacrifice his integrity to make a few bucks on a book. No wonder he accomplished so little as National Security Advisor.”
In an interview scheduled for airing Wednesday on “CBS This Morning,” Giuliani called Bolton a “backstabber.” Sen. John Cornyn, R-Texas, talks to reporters as he walks to attend the impeachment trial of President Donald Trump on charges of abuse of power and obstruction of Congress, Tuesday, Jan. 28, 2020, on Capitol Hill in Washington. (AP Photo/Jose Luis Magana)

Others Are Standing by Bolton

As Trump’s legal team has presented the president’s defense this week, it has made the case that Trump never conditioned aid on an investigation of the Bidens. The president’s lawyers have also argued that even if Trump had pressed for the investigation, it doesn’t rise to level of an impeachable offense.