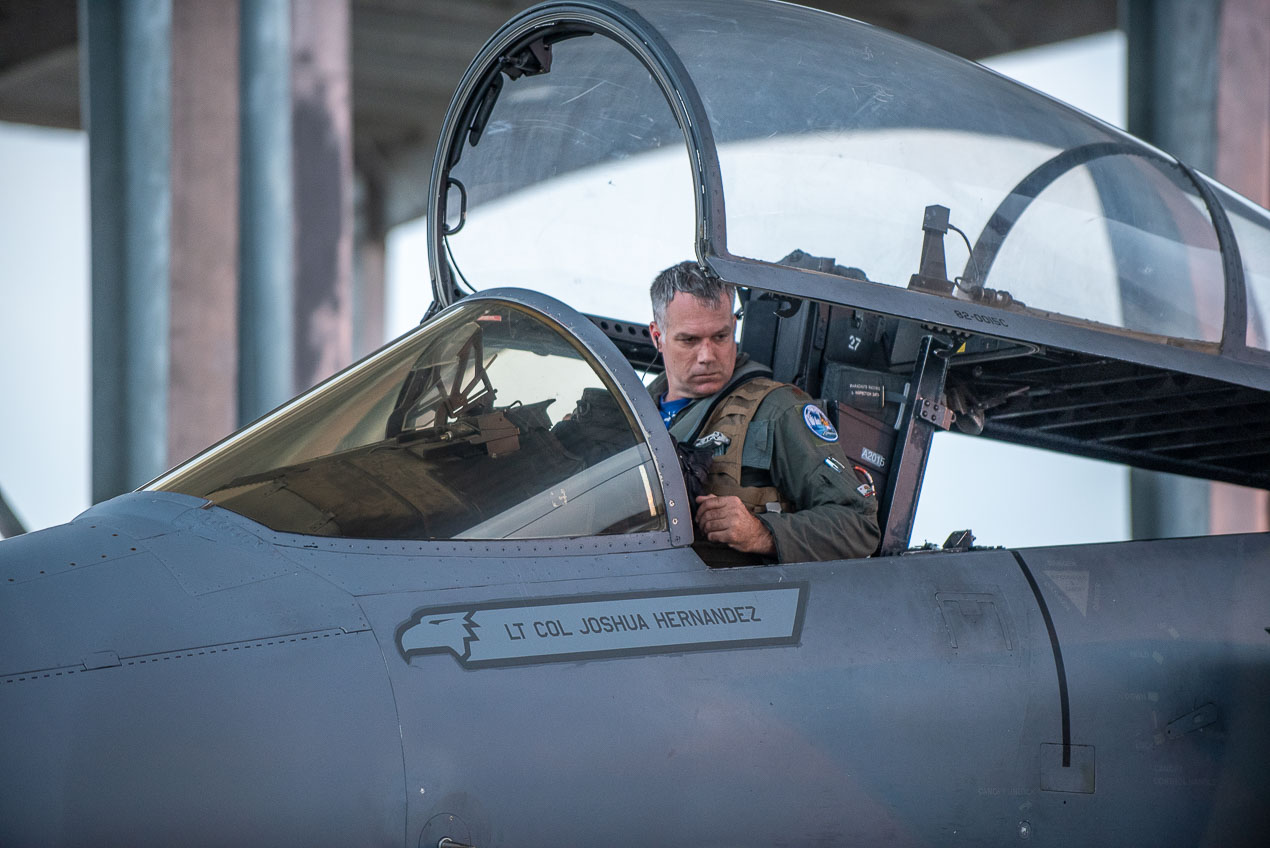 Fresno’s 144th Fighter Wing welcomed a squadron of pilots home on Friday after two weeks of air-to-air combat training in Hawaii.
Six F-15 Eagles returned to the wing’s Air Guard base adjacent to the Fresno airport after participating in Sentry Aloha, a large-scale exercise with military units from eight states. Two other F-15s as well as support personnel are expected to arrive back this weekend.
The exercise was a collaboration between the Air National Guard, the U.S. Air Force and the Department of Defense. More than 120 local guard members took part.

Pilots and jets from Fresno teamed up with an F-22 Raptor squadron from Hawaii’s Air National Guard to improve air combat coordination between the two aircraft. They practiced against a team of ‘aggressors’ flying F-16 Falcons.
“When you put Eagles and Raptors together in air-to-air combat, we basically build on each other’s strength,” said Lt. Col. Pete Weidner, 144th Fighter Wing alert commander.  “It’s more than one plus one equaling two — it’s more like one plus one equals five.”

Over 1,000 military personnel and 35 aircraft took part in the air combat training, which is based at Hickam Air Base in Honolulu. Other aircraft included aerial refuelers and an E-3 Sentry providing airborne warning and control functions.
Sentry Aloha exercises have been conducted by the Hawaii Air Guard two to four times per year for more than two decades, officials said.
“It provides U.S. warfighters with the skill sets necessary to perform homeland defense and overseas combat missions,” the National Guard said in a news release.