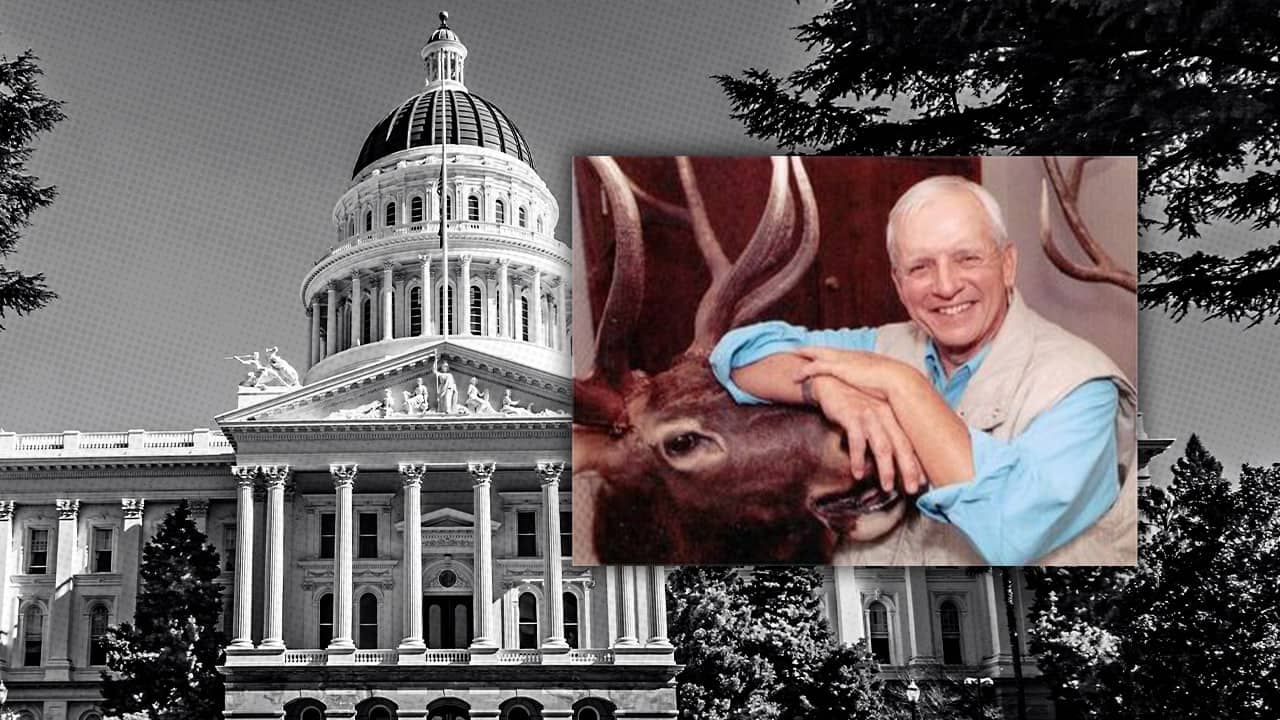 As strange as it may seem now, California’s state Senate was once a bastion of bipartisan — almost nonpartisan — comity.
Although Democrats were in the majority, they willingly shared power with Republicans. A bipartisan rules committee gently controlled the flow of legislation and committees were just as likely to have GOP chairmen (there were no women in the Senate until 1976) as Democrats.

Dan Walters
Opinion
The genteel nature of the house was bolstered by an unwritten rule that neither party would try to unseat an incumbent of the other party, confining partisan contests to vacant seats.
A feisty Republican senator from Southern California named Hubert L. Richardson ended that era. Richardson preferred to be called “Bill” and was widely known as “Wild Bill.” He championed rights for gun owners and tough anti-crime laws. And he decided to blow up the no-compete rule.
Richardson, an avid hunter, had been a senator for a decade when a legislative effort to curb handgun sales in the mid-1970s led him to found Gun Owners of California, the first of several political groups, and mount challenges to sitting Democratic senators.

Richardson Continued to Push His Causes, With Notable Success

A pioneer in direct mail fundraising and using technology in political campaigns, Richardson employed those skills to unseat three Democratic senators in three successive elections, beginning in 1976.
It so unnerved the Democrats that they ousted their long-time leader, Senate President Pro Tem James Mills, after their third loss in 1980, the defeat of Sacramento Sen. Al Rodda by a little-known Richardson aide, John Doolittle.
The Democrats elevated David Roberti to the top position on his pledge to protect Democratic incumbents from further challenges. Simultaneously, a year-long battle over the state Assembly’s speakership ended with the elevation of Willie Brown.
Those two events completely and radically changed the tenor of the Capitol, deemphasizing legislative accomplishment in favor of raising lots of money from special interest groups to fight partisan wars.
The Capitol’s pay-to-play, dog-eat-dog atmosphere continued for two decades, until Democrats achieved unquestioned dominance. It also sparked a federal corruption investigation that sent a number of legislators and other figures to prison.
After unseating those three senators, Richardson continued to push his causes, with notable success.

Wild Bill Richardson Was a Very Controversial Figure in His Day

He helped elect Republican George Deukmejian as governor in 1982 by a very narrow margin, mobilizing gun owners to oppose an anti-gun ballot measure that was also on the 1982 ballot. He founded a national gun owners organization and, perhaps most importantly, spearheaded the successful 1986 campaign to stop the re-election of Rose Bird, the state Supreme Court chief justice, and two other liberal justices deemed to oppose the state’s death penalty.