For the eighth time in 25 years, the Packers and 49ers — both 14-3 this season — face off in the postseason. Green Bay leads 4-3 in what has been a memorable and sometimes spicy rivalry. San Francisco has won five of its six Super Bowl trips. Green Bay is 4-1.

No matchup has occurred as frequently in the past 25 years. The only teams to play more than eight times in the postseason in the Super Bowl era are the Rams and Cowboys. They met for the ninth time last January.

Here’s how the Packers and 49ers match up in Sunday’s NFC championship game:

When the Packers Have The Ball

It’s all about Aaron, of course. Except that is Aaron Jones (33), the breakout running back who has balanced the Packers on offense. Jones is going to get his carries and, Green Bay hopes, his yards. The more he touches the ball, the better chance the Pack has.

It’s all about Aaron, of course. Except that is Aaron Jones, the breakout running back who has balanced the Packers on offense. Jones is going to get his carries and, Green Bay hopes, his yards. The more he touches the ball, the better chance the Pack has.

Naturally, that means the other Aaron — you know, that guy Rodgers who wears No. 12 — isn’t forced to carry the attack. Rodgers has slowed a bit, but he’s still one of the five best quarterbacks in football, capable of making game-changing plays from the pocket or on the move.

What he doesn’t have, other than the brilliant Davante Adams (17), is a strong group of receivers. That could play into the Niners’ hands if they stick stud cornerback Richard Sherman (25) on Adams whenever feasible. But coordinator Robert Saleh prefers to keep Sherman on the left side. Oft-struggling Ahkello Witherspoon (23) has been benched for Emmanuel Moseley (41).

An Adams-Sherman battle, regardless of how often it occurs, could determine a winner, especially if the Niners clamp down on Jones. Green Bay’s offensive line looked off-kilter against Seattle far too many times, but it gets back RT Bryan Bulaga (75), who was ill last week. LT David Bakhtiari (69) excels but the rest of that unit could be done in by San Francisco’s terrific front seven. Rookie Nick Bosa (97) is the latest addition, and he’s a force on the outside. DT DeForest Buckner (99) has had a strong impact, and LBs Fred Warner (54) and Kwon Alexander (56), who is finally healthy, are formidable. Having edge rusher Dee Ford (55) back last week was huge, helping the Niners to six sacks against Minnesota. 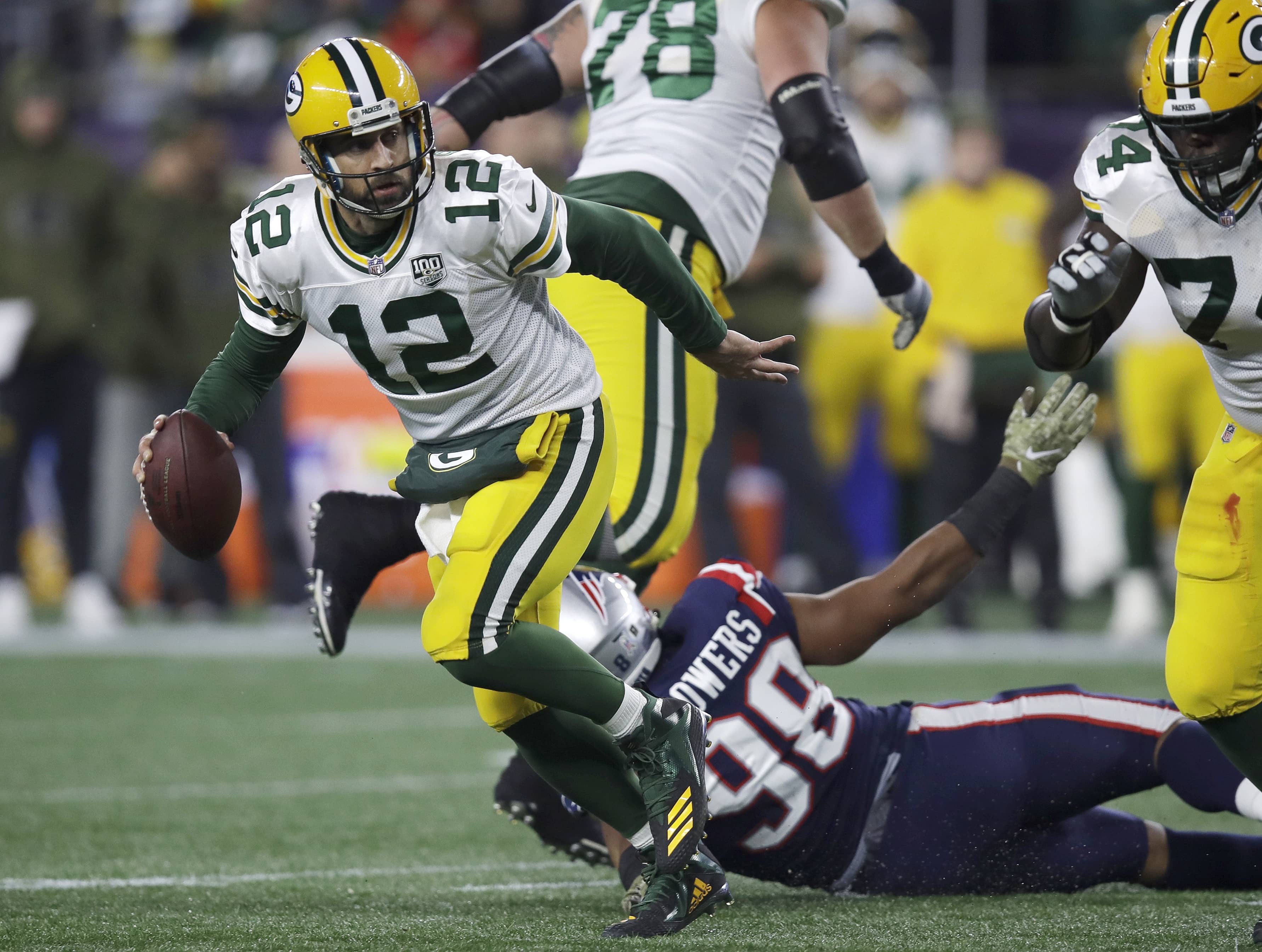 When the 49ers Have the Ball

Unlike Green Bay, which relies almost solely on Jones for its running game, the 49ers have a three-pronged group in which Raheem Mostert (31) has emerged as the most impactful. But Tevin Coleman (26) comes off his best game of the season and Matt Breida (22) will be in the mix, too.

Unlike Green Bay, which relies almost solely on Jones for its running game, the 49ers have a three-pronged group in which Raheem Mostert has emerged as the most impactful.

They operate behind a veteran line led by LT Joe Staley (74) and second-year RT Mike McGlinchey, and Kyle Juszczyk (44) is the NFL’s top fullback — as a blocker and receiver.

But the key on offense will be how well QB Jimmy Garoppolo (10) hooks up with All-Pro TE George Kittle (85), the most dynamic offensive player on either side. Kittle is a difference maker who will force Green Bay to use double coverage at times. Packers safeties Darnell Savage (26), their first-round draft pick last April, and Adrian Amos (31) will have a busy game. As will CBs Jaire Alexander (23) and Kevin King (20) covering Emmanuel Sanders (17), Kendrick Bourne (84) and the emerging rookie Deebo Samuel (19), who is fearless going over the middle.

Don’t look for the Niners to get conservative unless they have a big late lead. They will keep attacking as long as the line can hold off Green Bay’s “Smith Brothers”, LBs Za’Darius (55) and Preston (91), on the outside, and Blake Martinez (50) inside.

Za’Darius Smith, who came from Baltimore as a free agent, had 37 quarterback hits and 13 1/2 sacks, while Preston Smith, late of Washington, had 23 QB hits and 12 sacks. Both were standouts against the Seahawks. 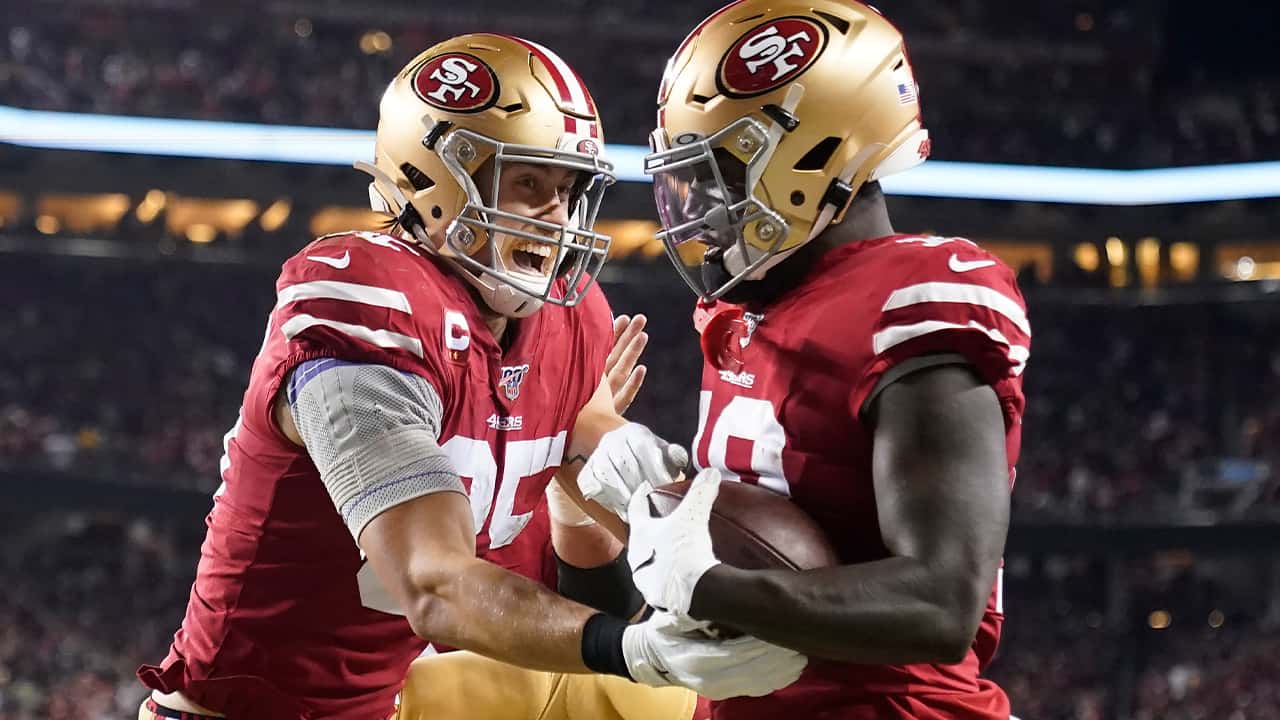 Both teams have veteran placekickers who have been through the postseason grind: San Francisco’s Robbie Gould (9) and Green Bay’s Mason Crosby (2). Gould is a bit more reliable.

Packers punters JT Scott (6) has had a much better season than the Niners’ Mitch Wishnowsky. Green Bay’s return and coverage teams aren’t stout, however, while San Francisco is a tad better.

Kyle Shanahan, in his third year at the helm, took the 49ers from choosing second in the 2019 draft (Bosa was the prize) to the doorstep of their seventh Super Bowl. His versatile offense has been solid, and the defense under Saleh has looked immovable at times. The front line is superb, and Saleh, like Shanahan, stays aggressive all game.

There were questions about how Rodgers would meld with new coach Matt LaFleur. It hasn’t been an issue, and this is a more efficient ground offense than Rodgers has ever had.

Green Bay is more aggressive — and dangerous — on defense under coordinator Mike Pettine, who turns loose the Smith Brothers often and effectively. 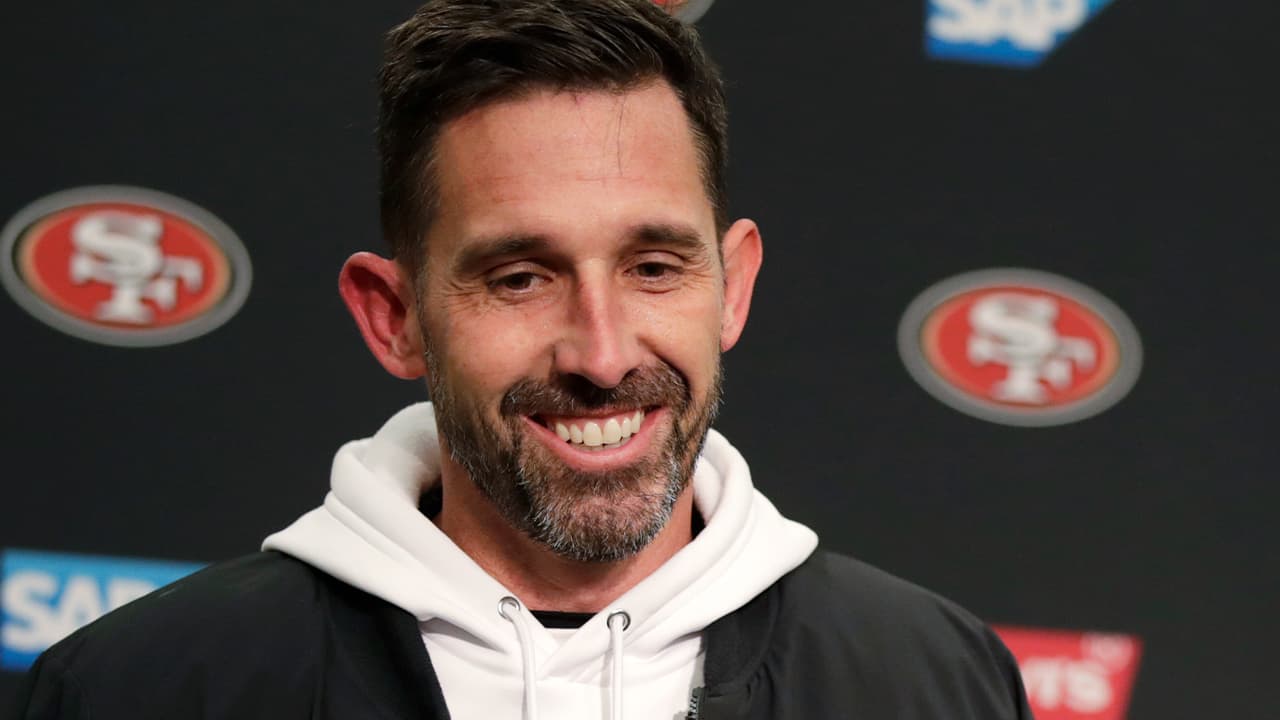 The theory that Rodgers should have been to (and won) more than one Super Bowl in his Hall of Fame-caliber career has been kicked around. Rodgers is much closer to the end of his NFL stint and this could be his final shot.

Green Bay was routed by the 49ers during the regular season. Of course, that can be a motivator for San Francisco, knowing it romped on Nov. 24

San Francisco has an almost entirely different cast and look from when it made the 2013 Super Bowl, losing to Baltimore. Fans in the Bay Area still believe the Niners were robbed on a non-call on pass interference in the end zone in the final seconds.