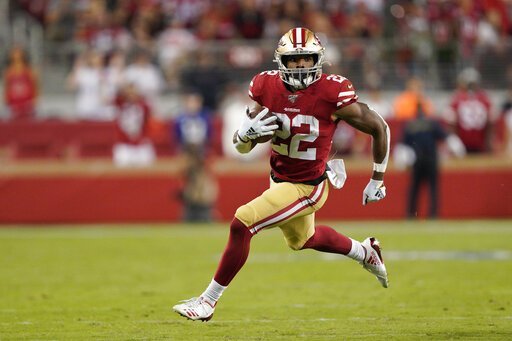 For the eighth time in the past 25 seasons, Green Bay and San Francisco are squaring off in the postseason — this time with a berth in the Super Bowl on the line.


“Please post a comment sharing why you as a 49ers fan deserve these tix! Let’s have some fun.” — 49ers running back Matt Breida
No match-up has occurred as frequently in the past quarter-century, with the eighth meeting this week putting Green Bay-San Francisco three games ahead of any other rivalry. In fact, the only teams to play more than eight times in the postseason in the Super Bowl era are the Rams and Cowboys, who met for the ninth time since 1967 last January.
Throw in the showdown between the 49ers’ ferocious defensive line and Packers’ legendary quarterback Aaron Rodgers, and the result is one hot ticket.

With an eye on raising his social media profile, San Francisco running back Matt Breida wants to send two people to the game Sunday at Levi’s Stadium.
How do you enter Breida’s NFC Championship ticket lottery?
Follow him on Twitter, retweet his free ticket announcement, and explain why you deserve to win. Breida says he will pick the winner at 8 p.m. Thursday.

Who wants to go to the game this Sunday? I got a pair of tickets I’ll be giving away. Winner will be selected Thursday night at 8 PM PST.
Rules: You must follow me, like and retweet this. Please post a comment sharing why you as a 49ers fan deserve these tix! Let’s have some fun pic.twitter.com/P9tJPYk4aE