What chance does a 16-year-old house cat have against three hungry coyotes?

Well, if you are Max the super cat, you beat the odds and become a national video sensation.

“He’s always been crazy,” Max’s owner, Maya Gurrin, told CBS Los Angeles. “Like if this were to happen with any cat, it would be him.” 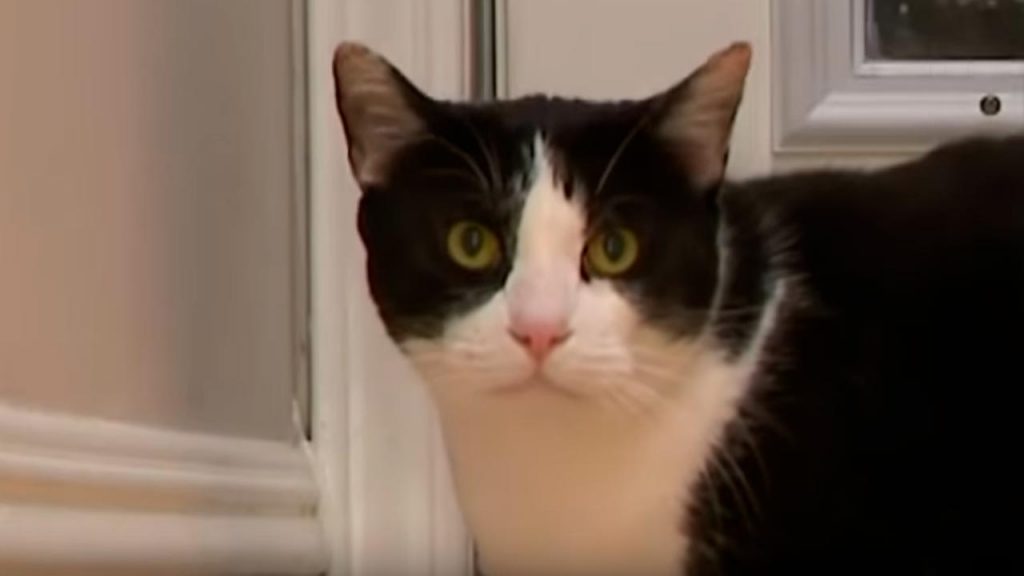 Max takes it easy inside the house after his epic battle. (CBS LA/YouTube)

Max Never Let Coyotes Gang up Against Him

Max was minding his business in the backyard of Gurrin’s Highland Park home in southern California. Then three coyotes showed up. He fended them off with aggressive moves — never allowing the coyotes to team up against him. He even made one coyote retreat to atop a retaining wall.

Gurrin scared off the coyotes, but it wasn’t until later when she checked the home’s security cameras that she became aware of Max’s life-or-death battle.

“You don’t see videos like that — you see them getting eaten, and it just been so different and we’re really lucky,” Gurrin said.

Highland Park is a historic neighborhood in northeast Los Angeles. Located in the San Rafael Hills, the neighborhood is home to frequent encounters between residents (and their pets) and wildlife.