These are the people most likely to encounter the victims and perpetrators of trafficking — and would be able to provide authorities with tips and evidence of the crime taking place, Florida Attorney General Ashley Moody said at the “No Room for Trafficking” conference, held at the Fontainebleau Hotel.

The people most likely to be enslaved for sex work are young girls, officials said. They noted that events such as the Feb. 2 Super Bowl, with all its attendant parties, are ripe for human and sex trafficking. They also noted that trafficking occurs throughout the year, not just during major events.

“We’re enlisting people to help law enforcement,” said Moody, who chairs a statewide task force on human trafficking. “Most of the cases begin with anonymous tips. That’s how we’ll catch these guys.”

“No honest hotelier wants human trafficking on their property. We are all about collaboration,” Staton said. 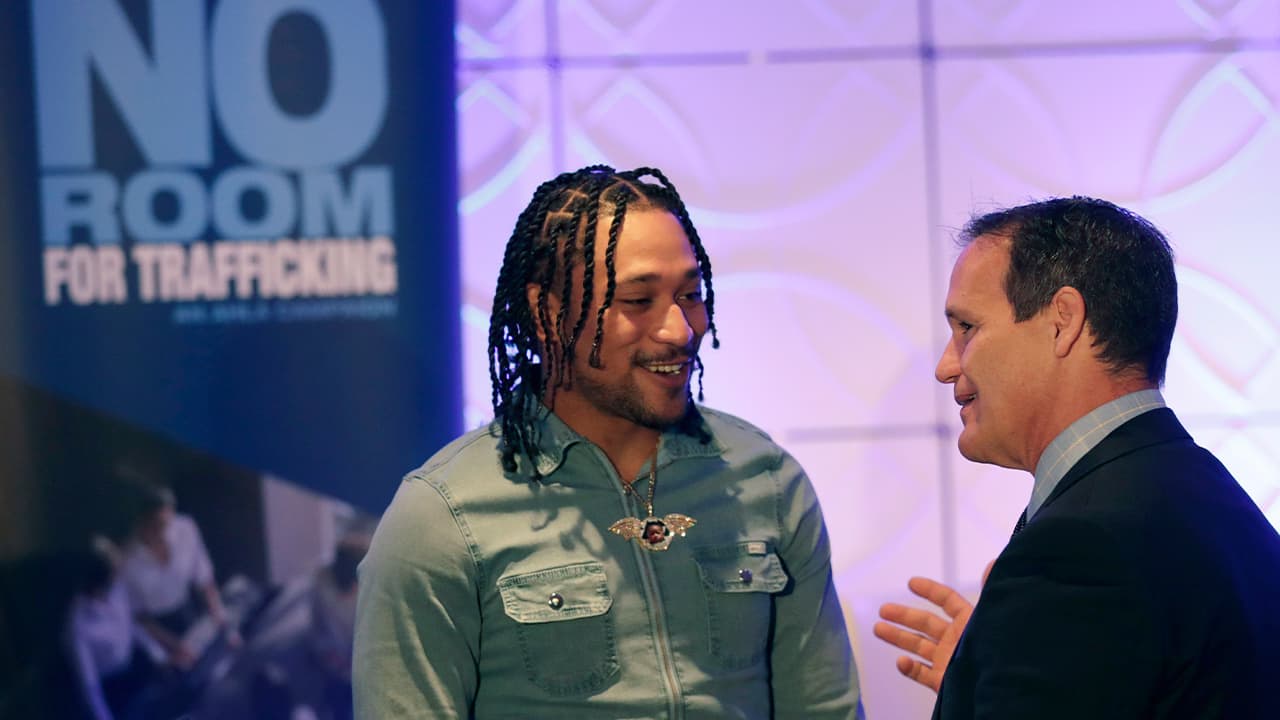 Mary Rogers, vice president and general manager at the Fontainebleau, said all of the hotel’s employees receive regular training on possible signs of human trafficking : rooms where people come and go at all hours, cash payments and young women who never leave their rooms.

“It can happen to anyone. It’s important for me to use my platform to get the message out.” — Miami Dolphins wide receiver Albert Wilson

“We just encourage everyone to report anything they see that looks suspicious,” Rogers said. “We really, really encourage that culture.”

Similarly, authorities want ride-hailing services such as Uber and Lyft, as well as taxi drivers, to be aware of what is being said in their vehicles and to recognize when something doesn’t seem right. Moody was participating in a training event for Uber drivers later Thursday.

“It has to be a concerted effort that never stops,” said Chip Rogers, president and CEO of the American Hotel & Lodging Association. “It will take all of our efforts to make this happen.”

Representing the NFL at Thursday’s event was Miami Dolphins wide receiver Albert Wilson, who said the human trafficking issue has special resonance to him because he grew up with five sisters.

“It can happen to anyone,” Wilson said. “It’s important for me to use my platform to get the message out.”

The office of Miami-Dade State Attorney Katherine Fernandez Rundle operates a hotline for tips and reports about human trafficking: 305-FIX-STOP or 305-349-7867.

“You can report it so we can stop it,” she said.