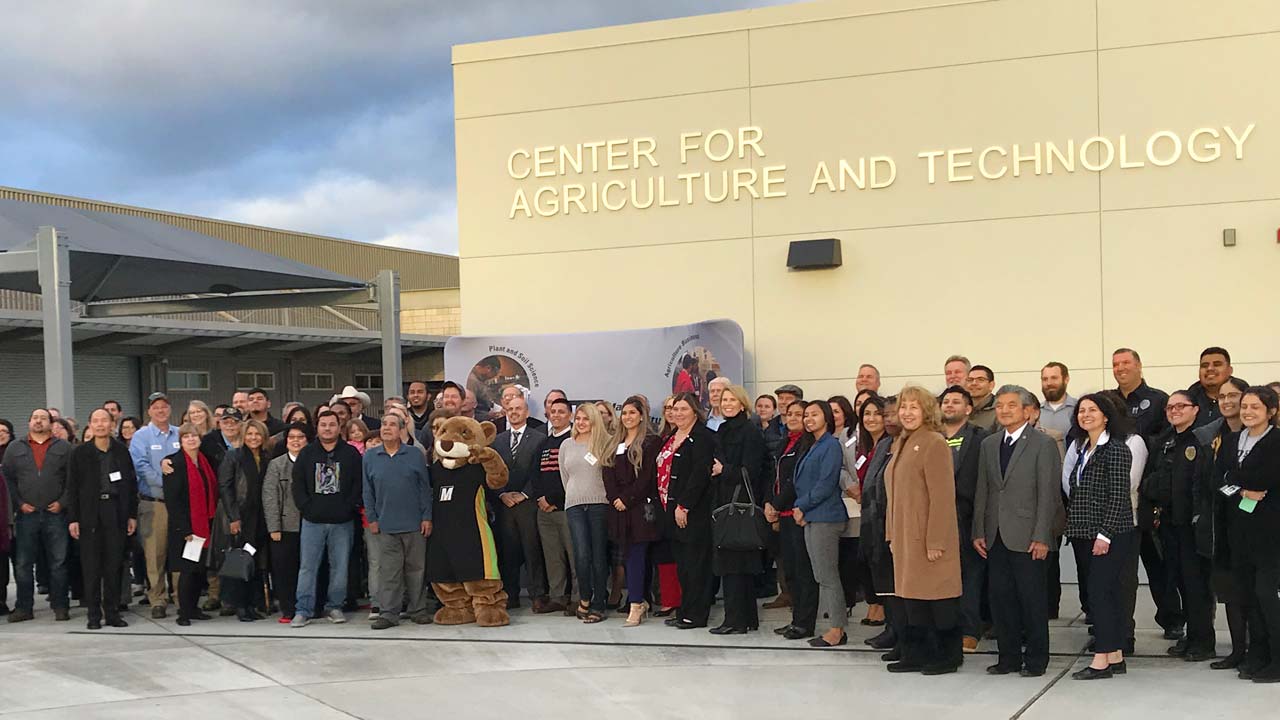 Listen to this article:
The $6.35 million center also is a boon to students who will save gas money and putting extra miles on their vehicles, said Johna Sanders of Madera, a mother of two who will wrap up her associate degree in plant science in the spring semester and head to Fresno State.
“I think it means more opportunities for ag students. … The (plant science) classes I would have had to attend Reedley for, I would be able to do right here,” Sanders told GV Wire on Thursday after the ribbon-cutting ceremony. 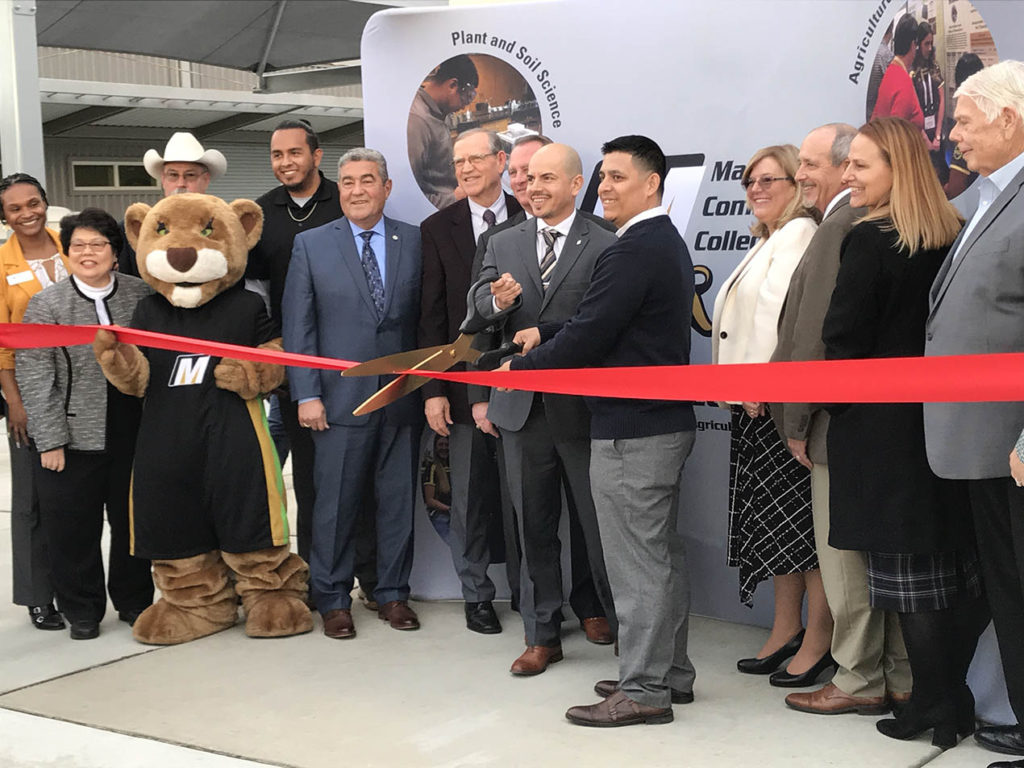 Plenty of Room in New Center

Deyvi Leyva isn’t sure whether he’ll have classes in the new 10,000-square-foot center when the spring semester starts Monday. The building is expected to open for classes by the end of January.
“I haven’t registered yet,” the 18-year-old Madera student said with a grin.
Leyva, who is studying to be a mechanic, was sitting with other students in the back row of a large industrial shop in the new building where State Center Community College District students, staff, elected officials, and members of the public gathered to celebrate the opening.
He said he’s looking forward to taking classes in a space that will give students more elbow room.

Chancellor Paul Parnell noted that Madera is the first campus to reap major benefits from Measure C. Other projects from the $485 million bond measure for facilities that voters approved in June 2016 are in the works. Among them: a First Responders Campus at North and Willow avenues southeast of Fresno, the West Fresno Campus on South Walnut Avenue in southwest Fresno, and a new Science Building at Fresno City College.

The Madera ag and tech center will house general education classrooms, a plant science lab, faculty offices, and shops for agriculture mechanics, welding, and industrial maintenance. In addition, there will be spaces for counseling and tutoring.
It’s next door to the Center for Advanced Manufacturing in the northeast corner of the campus, which opened in the fall of 2009. 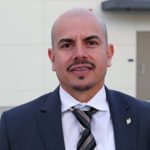 This will be a watershed year for the campus, President Angel Reyna said. The Madera Community College Center is in the process of obtaining full accreditation and becoming a community college in 2020, making it State Center’s fourth college. The college center has been under the supervision of Reedley College since its doors opened in 1989 at Madera High School to 158 students.


“We’re growing, and we’re putting individuals in what used to be closets because we’re continuing to expand and continuing to grow. So we’re very thankful of the vision that people had to make sure we were going to have a place to support our students.” — Madera President Angel Reyna
The accreditation commission will decide within the next week on Madera’s accreditation application, Reyna said. “Maybe by the end of January or beginning of February, we’ll know where we stand,” he said.
In 1996, a 114-acre site on Avenue 12 southeast of the city of Madera was selected as the new home for the Madera college center. Today it serves more than 7,000 students.
And it’s not done growing, Reyna noted.

More Classrooms on Drawing Board

Plans are being drawn up for the Academic Village 2, a 35,000-square-foot facility on the southwest part of the campus. It will provide state-of-the-art facilities for the nursing and engineering programs, Reyna said.
It will also house general education classrooms, distance learning classrooms, a student success center, and an expanded library.
“We’re growing, and we’re putting individuals in what used to be closets because we’re continuing to expand and continuing to grow,” Reyna said. “So we’re very thankful of the vision that people had to make sure we were going to have a place to support our students.”

Nearly Half of California Students Can’t Read at Grade Level. Here’s What We Must Do About It.