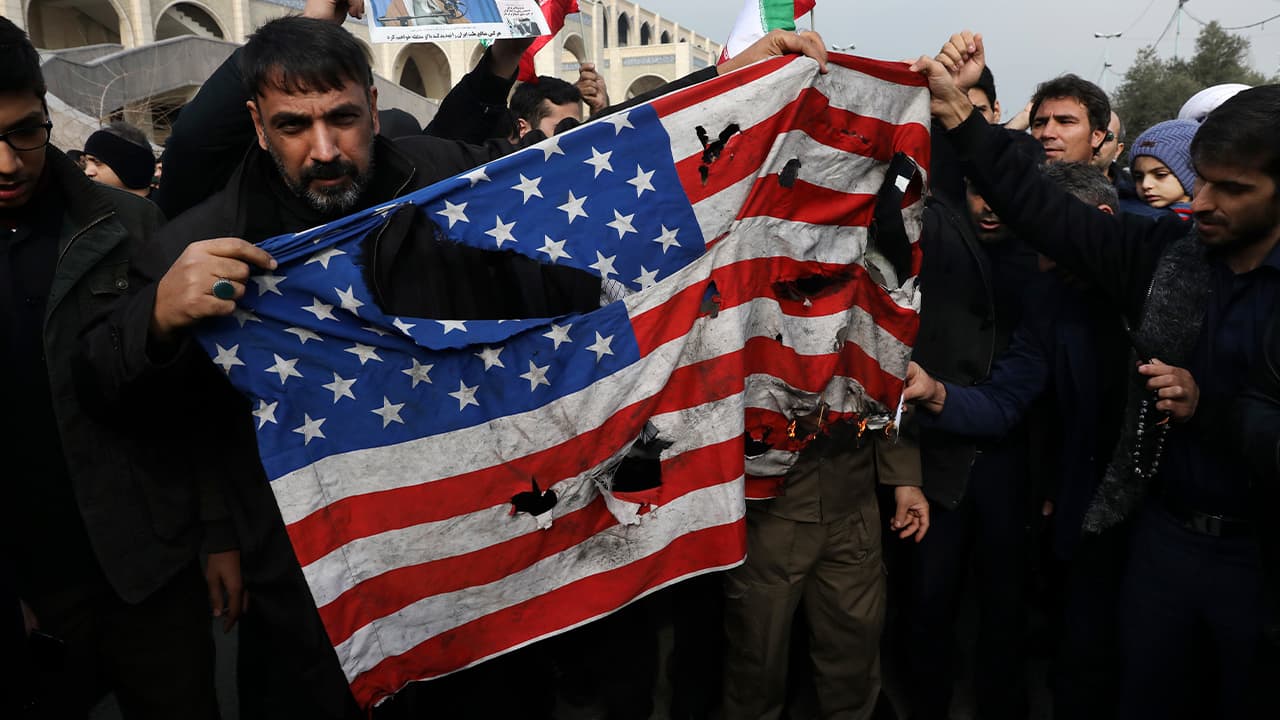 As President Trump and his advisers contemplate the next steps to take in the conflict he instigated with Iran, they are focused primarily on two historical events. First, the seizure of the 52 American hostages at our embassy in Iran in 1979 and Iran’s role in killing hundreds of our troops after our invasion and occupation of Iraq.


Related Story: Trump Says Iran Appears to Be 'Standing Down' After Strike

In fact, the president has said that if Iran takes military action against us or our allies, he has a list of 52 high-level targets that are important to Iran and Iranian culture that he would destroy because that is the number of Americans who were held hostage for 440 days in Tehran from 1979 to 1981. Similarly, when justifying our killing of Gen. Qassem Soleimani, the president and his secretary of state have constantly pointed out that the general was responsible for the killing of about 800 American military personnel in Iraq after our invasion. Lawrence J. Korb
Opinion
InsideSources.com
However, focusing only on these two events presents a distorted picture of our interactions with the Iranian Republic in the last 70 years. For example, in 1953, the United States, in cooperation with the British, orchestrated the overthrow of the democratically elected government of Prime Minister Mohammad Mosaddegh of Iran and replaced it with that of the shah. The ostensible reason for this illegal intervention was that it prevented the Iranians from allying themselves with the Soviet Union. However, the real reason for our role in this coup was that the government of Iran was going to nationalize the Iranian oil industry and as a result take away British control of the Anglo-Iranian oil company (now known as BP).
In the 25 years from the coup until the Iranian revolution in 1979, the shah and his secret police committed unspeakable acts against those who disagreed with his policies, often with the support and the encouragement of the United States. In addition, we actually provided him the technology to begin developing nuclear weapons.
In the summer of 1980, when Saddam Hussein launched a war against Iran, which was marked by indiscriminate ballistic missile attacks and extensive use of chemical weapons that resulted in at least a half million casualties, the United States tacitly supported him. And in 1988, as this war was drawing to a close, the United States mistakenly shot down an Iranian civilian airliner (Iran Air Flight 655), over Iranian territorial waters killing 296 people, which President Reagan called “deeply regrettable.”
After the attacks of 9/11, the Iranians were the only Muslim country to condemn them publicly, actually holding a candlelight vigil in a soccer stadium in Tehran. And after our invasion of Afghanistan, they provided critical intelligence about the Taliban and al-Qaeda that enabled us to drive these groups from Afghanistan in a matter of weeks. Finally, at the Bonn Conference in December 2001, the Iranians persuaded their Afghanistan allies (the Northern Alliance) to support Hamid Karzai, who is a Pashtun, for president. Without their help, Karzai would not have received enough support to take over the country.


Related Story: President Trump Talks to Nation on Iran: This Is the Transcript

President Trump and His Advisers Should Keep Other Incidents in Mind

I was personally involved in these events: On 9/11, I was working in New York at the Council on Foreign Relations, and soon after the attacks I and several of my colleagues were contacted by the Iranian ambassador to the United Nations and invited to dinner at the Iranian Embassy in New York. At the dinner, the ambassador asked us to convey a message to the Bush administration that Iran was willing to assist the United States in overthrowing the Taliban and al-Qaeda, and in setting up a new government in Afghanistan, which we did.


Related Story: Iran Retaliates With Missiles in 'Slap' at US Bases in Iraq

Finally, after the U.S.-trained Iraqi military refused to fight ISIS, it was the Iranian military forces and their Iraqi proxies that worked with our troops to prevent ISIS from taking over the country. Without their help, the United States would not have been able to destroy the ISIS caliphate in Iraq and Syria as quickly.
While events do not exonerate Iran and its leaders from some of their unlawful and aggressive behavior in the region, President Trump and his advisers should keep these other incidents in mind as they contemplate their next steps with Iran. Failure to do so will most likely lead to a disastrous and unnecessary outcome.
About the Author
Lawrence J. Korb is a senior fellow at the Center for American Progress and a senior adviser to the Center for Defense Information. He wrote this for InsideSources.com.