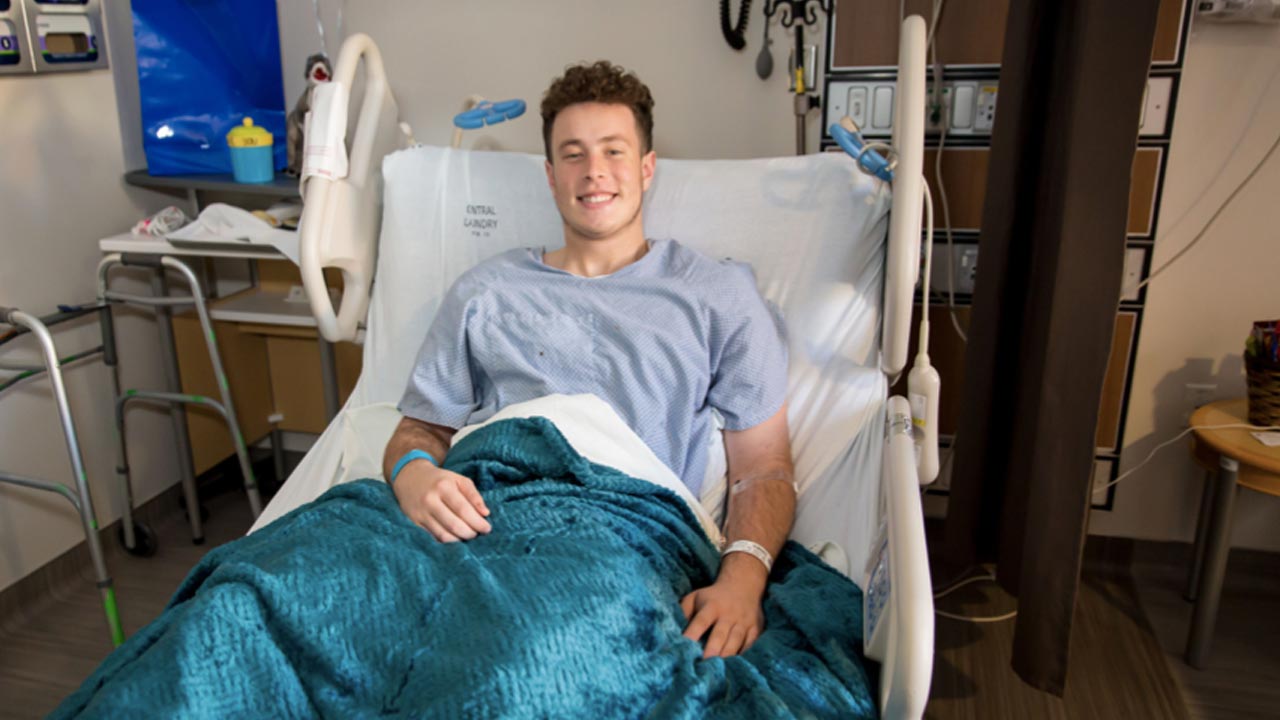 Nicolas Stacy-Alcantara, who survived nearly 30 hours alone in the snowy Utah mountains, said Wednesday he kept himself awake with phone alarms, built a snow cave for shelter and held a special beaded bracelet to keep his hopes up.

The 17 year old Fresno teenager was visiting Utah to see an ex-girlfriend and decided to go for a day-long hike in relatively mild weather last week, he said.
“I love hiking, it kind of clears my head,” he said. The teen took an Uber up a canyon east of Salt Lake City, bringing six peanut butter and jelly sandwiches and 40 ounces of water with him. He planned to be out all day and make it back in time for dinner.
But late that afternoon it started snowing and the temperature dropped, forcing him to stop, he said. His cellphone didn’t have service along his planned route from Millcreek Canyon to Park City.
Eventually, with his feet starting to freeze, he found a spot under a tree with some protection from the elements and built up a small snow cave to keep the wind at bay. He set a timer on his phone to go off every 30 minutes so he wouldn’t fall asleep, and tapped his hands against his chest to keep the blood flowing.
His ex-girlfriend and her mother had called police when he didn’t arrive for dinner, but with darkness falling help didn’t immediately arrive. As the hours went on, he started to lose hope, he said.

Then he found something in his backpack: A beaded bracelet his ex-girlfriend had given him early in their relationship. It reminded him of everyone who cared about him, he said.
After the sun came up, he left the protection of the snow cave, along with his wet clothing and the boots too frozen to tie. Eventually, he found other hikers who had a satellite phone. He was about 6 miles from where he had been dropped off, authorities have said.


“I’m very lucky. I shouldn’t even be alive right now.” — Nicolas Stacy-Alcantara
Search and rescue officials said they found tracks that indicated he had been moving through waist-deep snow, and that he was lucky to survive the night.
The teen was flown out of the canyon by helicopter to University of Utah Hospital, where he has been treated for frostbite on his feet. While he said he’s still numb and in pain, he’s not expected to need any amputation.
Now, he’s looking forward to being released from the hospital in the coming days and returning to finish his senior year of high school. After that, he hopes to study aerospace engineering in college.
“I’m very lucky,” he said. “I shouldn’t even be alive right now.”
Associated Press